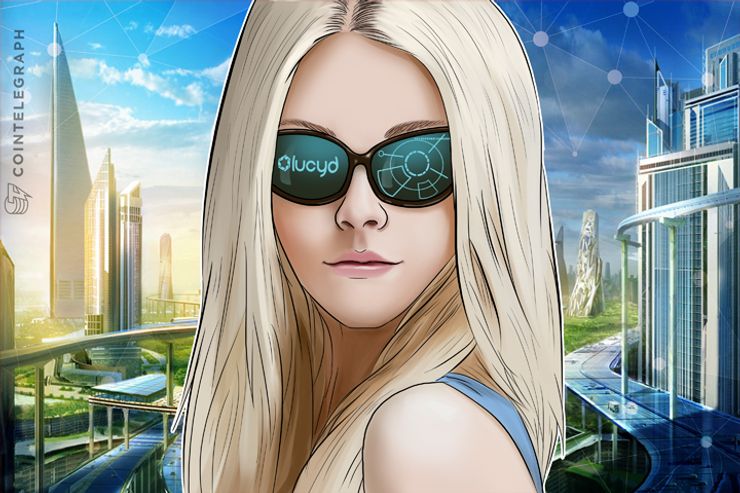 In the 2013 novel Memories with Maya by Clyde Dsouza, the plot revolves around the artificial intelligence based augmented reality (AR) smartglasses called Wizer. While we have read and seen a lot about AR in sci-fi, the truth is that the real world debut of AR-based smartglasses has been less than spectacular.

The most popular product to date has been Google Glass, but even that has been discontinued by Google for a variety of reasons, although it was recently reintroduced with a limited focus on workplace efficiency. Meanwhile, Lucyd wants to streamline the way you do just about everything.

Lucyd’s 13 exclusive AR patents hold a lot of promise and can enable us to use a more natural interface to communicate with the cloud and perform basic computing functions in the blink of an eye. Lucyd is now planning to bring you AR in a form factor with mass appeal, and is implementing the LCD token to fund their development and let anyone contribute to the project.

There’s a reason why even Google couldn’t make a success of AR based smart glasses. Their product was simply too clunky and obvious, and they did not have access to the groundbreaking patents that Lucyd holds in exclusive license. The lead inventor behind Lucyd’s  patents, Dr. Jannick Rolland, is a world-class optics expert and an advisor to Lucyd. One major issue with Google Glass was that it caused privacy concerns from bystanders, which negatively impacted wearers.

Lucyd has learned from the failures of such technology, and has come up with a solution that is elegant and discreet. They are presently trying develop a prototype of Lucyd Lens, their next-gen smartglasses.

The technology behind Lucyd was developed over years of well-funded research by AR experts at the College of Optics and Photonics at the University of Central Florida. Lucyd will not only solve the issue of the unattractive, “geeky” look associated with smartglasses, but also aim to solve issues such as narrow enhanced field of view, latency, light leakage, poor eye tracking, difficult controls, connectivity issues, eye strain and incompatibility with prescription glasses.

Blockchain as the backbone

In order for Lucyd Lens to become a reality, Lucyd is creating an entire Blockchain-powered app ecosystem built on the LCD token. LCD will not only help fund the development of the Lens hardware via the current token sale, but will also be used to reward third party creation of AR-native apps and content to continuously enrich the user experience.

Users of the Lucyd lens will also be able to get LCD by contributing feedback to the developer community and participating in ad content. LCD can be used to purchase AR products from Lucyd and its ecosystem, or bought and sold on token exchanges.

The pre-sale price for LCD is 1 ETH=2,133 LCD. There is a plan to release 50 mln tokens in the total sale, out of which 25 mln are on offer at the presale price. Perhaps the greatest incentive for investors to purchase LCD tokens is that the first run (and perhaps second and third) of 500 pairs of Lucyd glasses will be reserved solely for the first token sale participants who contribute over 2.35 ETH.

At the conclusion of the pre-sale, the token sale will commence on Oct. 31, 2017. An additional 25 mln tokens will be put on sale at 1 ETH=1,280 LCD. The fundraising goal of Lucyd is USD $10 mln. A whitepaper is available, containing details of the token sale, as well as other useful information about Lucyd’s patents and team members.

A team that can deliver

Lucyd already has the patents it needs to get the ball rolling, but it has also put together the ‘Dream Team’ of AR/optics powerhouses and people with entrepreneurial and creative prowess.

Dr. Jannick Rolland is the lead inventor behind Lucyd patents, and is on board as an advisor.

Dr. Rolland has already developed the central optical system that will be utilised by Lucyd.

The Optics team is led by Mike Kayat, who is a physicist and a business development executive with 20 years of experience in development and marketing in advanced optics.

Dr Clifford Gross, Strategic Commercialization Lead, is an experienced executive and entrepreneur who founded three public companies and is a named inventor on 19 issued patents from his research.

Jose Enrique Hernandez is the Blockchain Lead for Lucyd, and has extensive experience in the cryptocurrency, mining servers and Blockchain software spaces.

Konrad Dabrowski (CPA), Eric Cohen, and Harrison Gross are the cofounders of the project, and are the Financial, App Development and Media leads respectively.

The Dream Team has already started work on Logyc OS, which will run the Lens interface on processing power and data signals from the user’s smartphone. By adding Blockchain to the wearable AR system, the ecosystem that is required to keep users engaged will become a reality. The Lucyd Lab Blockchain is going to make it easy for anyone to develop, share, monetize and experience AR-native content.

Things are finally Lucyd in wearables

The dream of augmented reality is to be able to engage in hands-free computing tasks with a normal-looking pair of glasses. Lucyd Lens will have bone-conducting headphones flush in the stems, and no buttons, switches or wires. Put them on and these glasses will spring to life, adding the useful and fun world of Lucyd AR to anything you do.

A front-facing camera will enable object detection, and the microphone will be hidden in the rim. Just about anyone can benefit from Lucyd Lens, including corrective lens wearers who are currently disenfranchised by available VR/AR devices.

If Lucyd can take care of the stigma associated with smartglasses, they are already halfway there. But they are planning to deliver technology far beyond that. They may actually become the first project to deliver wearables that are used on a daily basis, worn and improved on by the public at large.

Will science fiction become reality? Take a closer look at Lucyd and you’ll have the answer.