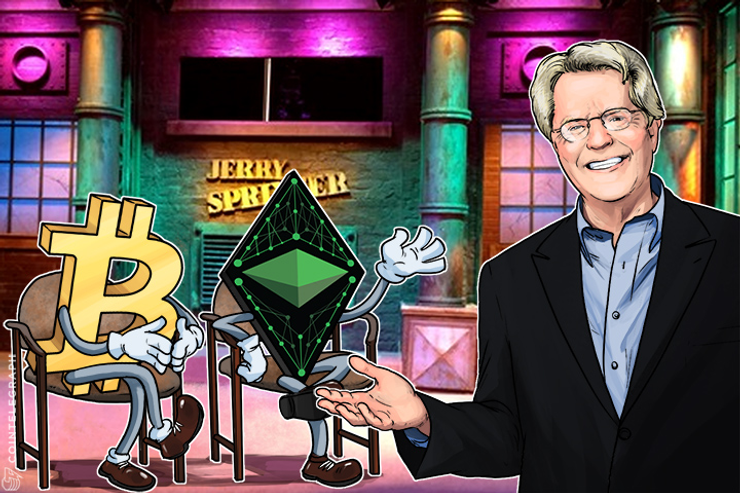 After the successful execution of the Ethereum network’s first hard fork, mainstream media outlets, including the Huffington Post, criticized the supporters of Ethereum Classic, calling the project aimed to maintain the original chain of Ethereum “another Bitcoin scam.”

David Seaman, the author of an article entitled “‘Ethereum Classic,’ Another Bitcoin Scam,” laid out a series of irrational arguments to supposedly prove the invalidity of Ethereum Classic, both philosophically and economically.

Because some people lost too much money?

The first argument presented was the justification of the formation of Ethereum Classic after the completion of the Ethereum network’s hard fork which was supported by the community.

Firstly, the Ethereum hard fork was supported by a section of the community, not the community as a whole. Stampery, a Blockchain-based notarization platform provider, offers a simple explanation of their support for Ethereum Classic.

“For transactions to be final and unmodifiable, Blockchains need to be immune to third-party interference. This promise was completely broken by Ethereum. Hard forks should only happen when a catastrophic bug put the core values of the technology in danger. In this case the consensus mechanism worked just fine. The Blockchain was modified simply because a group of people lost too much money and they decided to bail themselves out.”

The Ethereum hard fork presented a dangerous precedent for all digital currencies and the Blockchain-based network because it showed central authorities the possibility of intervention. Since the Ethereum foundation pushed a hard fork solely for the benefit of a certain party, governments can demand a similar request to change anchored data on the Blockchain.

A similar point was made by Bitcoin Core developer Greg Maxwell immediately after the hard fork. Maxwell emphasized that the hard fork harms the reputation of cryptocurrency because it hints at the possibility of legal intervention.

“It's a bad idea which will harm the reputation of cryptocurrency in general and potentially fuel adverse legal/regulatory intervention,” he stated.

“The trolls and narrow-minded Bitcoin bagholders pushing Ethereum “Classic” on an unsuspecting public are not the ultimate reason I’m selling off much of my Bitcoin tonight - that’s just another indication to me that Bitcoin is in a weak position.”

Although every individual is entitled to their own beliefs, the concept of decentralization which the Ethereum foundation and community advertised has been broken due to the execution of hard fork.

The mainstream media’s irrational criticism towards the Bitcoin community is destroying the remaining dignity of the Ethereum foundation and community.