BlockTrail yesterday launched its Mint exchange, which swaps “old” coins for newly mined ones. In a first of its kind, users can buy bitcoins that came straight from a mining pool. 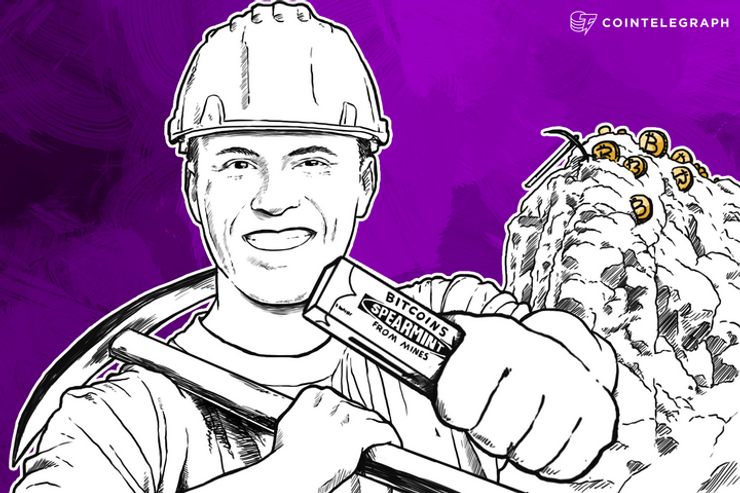 In a rebuffal of bitcoin’s fungibility, Dutch API-provider BlockTrail yesterday launched its Mint exchange, which swaps “old” coins for newly mined ones. In a first of its kind, users can buy bitcoins that came straight from a mining pool, and therefore have the shortest possible transaction history of any coins on the open market.

BlockTrail believes that freshly mined coins – coins that are awarded to the miner of a new block through the coinbase transaction – are worth more than used ones. This is because these coins can be easily traced back to the Mint and the mining pools, which in turn definitively proofs they were never used for illicit purposes. Moreover, the supply of newly minted coins will become scarcer over time as the block reward diminishes, which - BlockTrail believes - should push up their value even further.

“When you receive bitcoin, whether it be online or offline, you don't always know the source of those coins and how you being associated with them could affect you. The Mint enables anyone to purchase Bitcoins with a source that is provable on the blockchain. We're excited to be the first to introduce this unique service.”

BlockTrail's Mint service is perhaps the most striking dismissal of bitcoin’s fungibility to date. Perfect fungibility would hold that all bitcoins are mutually interchangeable, much like dollar bills or gold bars, and is often considered an important quality of good money. BlockTrail, however, is not only separating “old” bitcoins from “new” bitcoins, but even claims that the two deserve a different market rate. This might be a controversial step within Bitcoin circles, as some have said that a lack of fungibility could pose a threat to the long term viability of Bitcoin itself.

"If there is a market of people that will pay a premium for certain bitcoins because of their characteristics, in this case the lack of a transaction history, then bitcoin is already not fungible. With or without our Mint service.”

Additionally – as Pirate Party founder Rick Falkvinge noted last week – many might regard BlockTrail’s Mint as a money laundering service. After all, the company exchanges new (“clean”) coins for used (potentially “dirty”) ones, without knowing where they came from. BlockTrail also dismissed the possibility that Mint can be used for illicit purposes, however.

“The Mint has Know-Your-Customer procedures, systems and practices in place for compliance with anti-money laundering regulation. We’ve implemented these systems as a precautionary measure to ensure that our services are not abused for any illicit purposes. This is considering that as a bitcoin-only service, we were under no regulatory obligation to have done so.”

The Mint exchange has been open for business since July 9. BlockTrail currently charges an additional 10% for newly mined bitcoins, but this markup rate will be based on availability of inventory and market demand later on. The company plans to add the option to buy minted bitcoins with fiat currency later in the near future.