Missouri Secretary of State Warns Against Investing in Bitcoin

On Thursday, Missouri Secretary of State, Jason Kander, issued a warning to investors who are considering moving into the high-risk but potentially high-reward world of crypto-currencies. 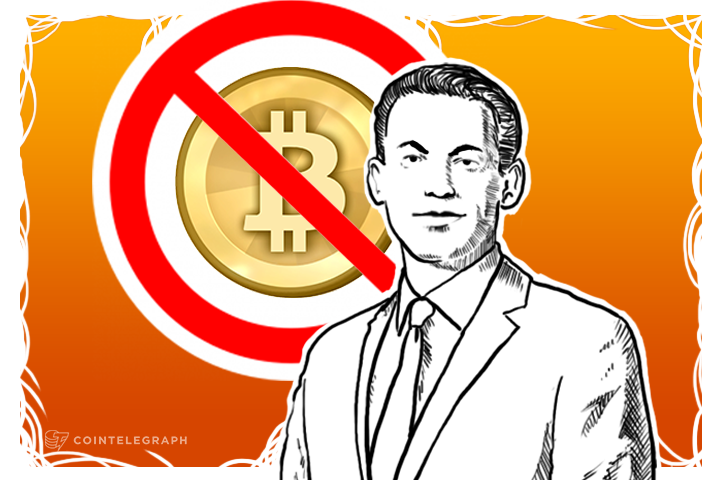 On Thursday, Missouri Secretary of State, Jason Kander, issued a warning to investors who are considering moving into the high-risk but potentially high-reward world of crypto-currencies.

In the news release, Kander explains:
"With digital currency or any other emerging investment opportunity, the safest approach is to be cautious. It’s important to recognize that in many cases not even the supposed Bitcoin and digital currency experts know enough about the product to help you make a fully informed investment decision. It’s best to rely on only the most reputable sources of information and do your own due diligence before investing in potentially risky products."
Kander also noted that the few businesses that are currently accepting Bitcoin payments could suddenly stop doing so as they are not required by law to accept it as legal tender. Decentralized currencies also do not allow chargebacks so once a transaction is completed, the transfer cannot be undone by a third-party such as a bank.
Kander adds:
"Investments that are sold as a way to make a quick profit can also lead to a quick loss. I encourage Missourians to be wary of any investments that promise an unusually quick return."
Among other concerns is the risk of Bitcoins losing value rapidly and users face the possibility of being hacked or defrauded through Bitcoin exchange scams and failures such as the infamous Mt. Gox.
Nevertheless, these warnings have not only been issued by politicians but by Bitcoin-evangelists themselves such as the outspoken Andreas Antonopolous who has warned the public not to play the Bitcoin market with money they can’t afford to lose.
A lot of the risks are also not inherent to Bitcoin’s technology itself and are simply the side-effects of lack of infrastructure, confusion, and a market that still needs time to mature.
Furthermore, arguments used by politicians against Bitcoin could also be applied to fiat. Bank websites get attacked all the time, people lose money and white-collar criminals with the exception of a small few such as Bernie Madoff have not gone to jail after losing investors Billions with a capital ‘B.’
Security for cryptocurrencies remains a major concern. But this, in turn, is driving innovation and startups to offer new ways of tackling these problems with new products such as cold storage wallets, multi-signature verification, and escrow services.
Android provides a good example of how innovation works: their smartphones were inconvenient at first but within a few years they have managed to overtake Apple as the most popular OS in the highly lucrative smartphone market. The same thing will happen to cryptocurrencies as more and more people get on board and the problems get ironed out.
It is meanwhile getting harder for politicians to ignore emerging technology as more politicians have been voicing their opinions in favor or against cryptocurrencies whether as a PR stunt or out of genuine concern on behalf of their constituents. In any case, the more people talk about Bitcoin, the more steam it will gain on its way towards a mature market and user-friendly technology.
Related News
Blockchain Adoption Takes Off in Airlines, Aviation Industry
Startup Brings Crypto Payment Option to Over 730 Locations Worldwide
Binance Buyout in India Takes Industry Fearful of Regulation to Hope
Tech Development, Investments and NFT to Drive Crypto Adoption in 2020
‘Grams Are Not Investment’ Says Telegram, Subtly Denying SEC Jurisdiction
Tax Compliance Firm TaxBit Raises $5M to Improve Crypto Tax Reporting
<div is="sidebar" :sidebar-data="{"promoButtonsI18n":{"crypto-button":{"url":"crypto.btn.sidebar.url","label":"Get Crypto At True Cost\n","text":"Cryptoassets are complex instruments and investments carry a high risk of losing value. You should educate yourself in how crypto-markets work before making any investments. Always invest responsibly and be prepared for the risks associated with investing in or using cryptoassets. This promotion cannot be considered investment advice."},"etoro-button":{"url":"https:\/\/ad.doubleclick.net\/ddm\/clk\/437480595;240556498;x","label":"Try Etoro","text":"Trade on the world’s leading social trading platform (Highly volatile investment product. Your capital is at risk)"},"hitbtc-button":{"url":"https:\/\/hitbtc.com\/?ref_id=5cba0be404aa3","label":"BEST LIQUIDITY ON HITBTC","text":"Note that all trading strategies are to be used at your own risk. Before trading, we recommend to make sure that you have a clear understanding of cryptocurrencies and how they are traded."},"changelly-button":{"url":"https:\/\/changelly.com?utm_source=cointelegraph&utm_medium=referral&utm_campaign=changellyctengbutton&ref_id=le9ssi8dgmskmqu0","label":"BEST RATES ON CHANGELLY","text":"This is to note that you should realize all crypto trading risks. Please make sure that you understand how crypto exchange service works."},"nexo-button":{"url":"https:\/\/nexo.io\/?utm_source=cointelegraph&utm_medium=fixed&utm_term=content&utm_content=crypto_banking_account&utm_campaign=nexoeverywhere","label":"CRYPTO BANKING ACCOUNT","text":"Cryptoassets are