A mobile-based cryptocurrency that aims to support the world’s 1.7 billion unbanked has gained praise from “the founding father of blockchain” 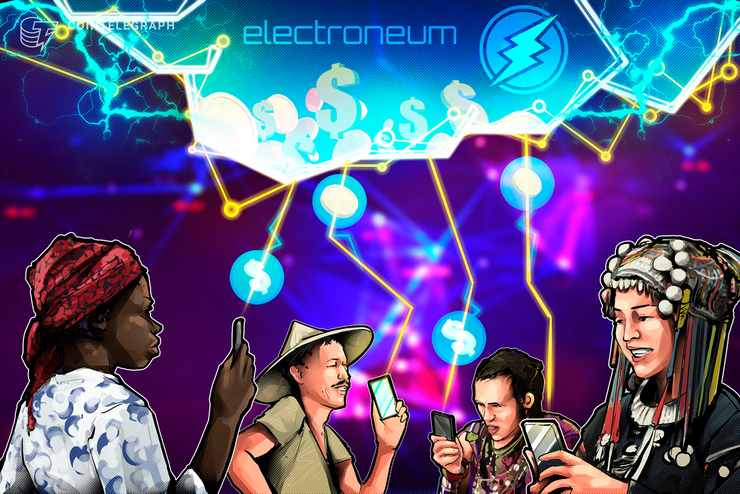 The “founding father of blockchain” has praised the company behind a mobile-based cryptocurrency — and how its long-term goals go beyond profit maximization to create a better world for everyone.

Globally renowned scientist and cryptographer Scott Stornetta was instrumental in inventing blockchain technology back in 1991. He was quoted in Satoshi Nakamoto’s white paper for Bitcoin — and indeed, there has even been some speculation that the Japanese-speaking visionary may himself be the anonymous crypto inventor.

Upon reviewing Electroneum, which aims to deliver a new era of digital payments by allowing funds to be sent and received via smartphones without a bank account, Stornetta said he was impressed by how the company is driven to deliver value for end users — a motivation that isn’t as commonplace among cryptocurrency projects as one might think.

Stornetta added that Electroneum’s appeal lies in how it is seeking to “co-exist with the regulatory environment rather than attempt to subvert it” — not to mention its quest to create real use cases for “people that have yet to experience the benefits of cryptocurrency.”

The stalwart cryptographer said a long-term ambition for doing well, adopting a pragmatic approach that involves embracing governments and regulators, and creating immediate value for consumers are “the essence of successful explorations in the broader blockchain space.”

According to the World Bank, an estimated 1.7 billion people around the world are unbanked — meaning they don’t have access to everyday financial services. The company’s mobile-based solution is powered by ETN, a cryptocurrency it notes is the first to be compliant with Know Your Customer and Anti-Money Laundering measures and the fifth European Union Anti-Money Laundering directive. Due to Electroneum's proprietary Moderated Blockchain, which is powered by their Proof of Responsibility (PoR) protocol, ETN is insusceptible to 51% attacks. Digital currency can be transferred instantaneously in person or remotely through an accompanying app, and the store of value is designed to be used as a payment method for everything from bread and milk to top-ups for mobiles. GigFair, an online freelancer marketplace, that is scheduled for launch later this year, also enables the unbanked to learn and sell digital skills — and be compensated without a bank account.

Electroneum says that its service stands to benefit everyone, not just the unbanked. Businesses can reach a fifth of the world’s population who have the chance to use digital payments for the very first time — unlocking new demand and revenue streams. Retailers can also become innovators and improve accessibility in their communities. Embracing regulation has been a crucial part of its strategy, as gaining the confidence of governments and corporations is vital for driving mass adoption.

The payments platform reports it has enjoyed more rapid levels of user growth in the past year than the likes of Facebook and Twitter. At present, Electroneum has more than 3.2 million registered users, apps that are available via Google Play and Apple’s App Store, and more than 300,000 combined followers on social networks.

For Stornetta, Electroneum’s unique selling point lies in how it combines a payment system with the gig economy — not to mention how it is available on mobile devices that vast swathes of the unbanked already have access to. This is in stark contrast to Bitcoin, which he says was “born as a solution without a need.”

Electroneum has compelling evidence that there is demand for its offering. As well as enjoying sizeable growth in South Africa, the rapidly growing Electroneum community in Brazil can now use their ETN rewards to top up their mobile phones with Claro via a third-party airtime and data provider. The team states that ETN is the “most secure and greenest cryptocurrency in existence” — its own affordable $60 MI smartphone.

The company says it is planning to unveil countless other developments in the coming months that will further drive cryptocurrencies to a position in which they are being adopted the world over.