A mobile decentralized exchange says it is tackling three issues seen in its centralized rivals: the risk of hacking, high fees and price volatility. 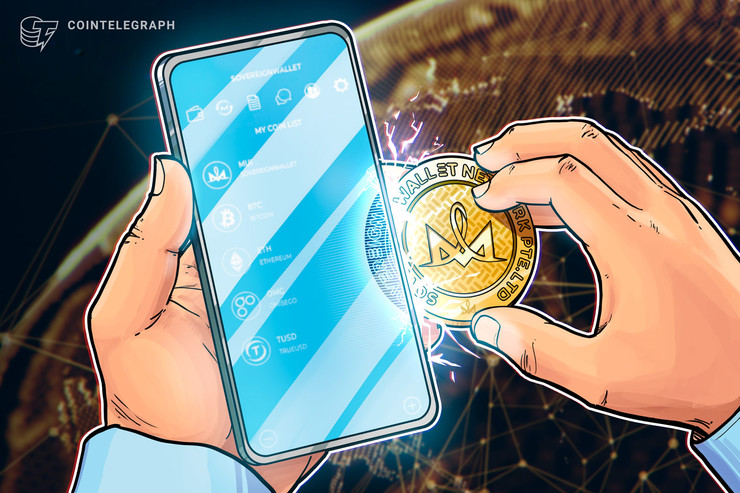 A crypto company is launching “one of the first inter-blockchain, mobile decentralized exchanges” on April 23 — and says its platform is going to solve major problems currently seen in its centralized counterparts.

According to the SovereignWallet Network, M.DEX is designed to address three key issues that have been having a detrimental effect on the usability and security of crypto transactions, for experienced consumers as well as newcomers.

The first concerns the high risk of hacking associated with centralized exchanges. SovereignWallet says many of these rivals regularly perform virtual trading on their own databases to enhance transaction speeds and reduce fees, even though “it is almost impossible to prevent hacking.” M.DEX takes a different approach by ensuring that it does not take custody of a user’s asset at any time, with the platform claiming to be one of the first decentralized exchanges to implement an “on-chain wallet-to-wallet exchange.” When coupled with banking-grade security, the company says its blockchain-only approach will give greater peace of mind to its users.

The second downfall of centralized exchanges that SovereignWallet wants to tackle concerns the difficulties that crypto consumers face when dealing in altcoins. The company argues that many major platforms have an overreliance on reserve assets such as bitcoin and ether — meaning that lesser-known assets need to be converted into one of these two cryptocurrencies before being swapped for another altcoin.

SovereignWallet blames the status quo on a lack of direct trading pairs for altcoins and warns that this arrangement is leaving crypto consumers out of pocket. Not only do they have to pay transaction fees at every step of this arduous process, but they could also miss out on price gains and even see their crypto lose value because of how long it takes. M.DEX aims to solve this ongoing issue by delivering a “direct inter-blockchain exchange,” meaning that traders only need to pay one fee — irrespective of the pairs they want to transact. SovereignWallet says this is complemented by an escrow service for peer-to-peer trading, preserving anonymity, building trust and solving the dilemma of who will pay first.

Finally, SovereignWallet claims that many traditional crypto exchanges are unusable for everyday consumers because of how complex they are — as volatility means they have a “high risk of losing money in a trade.” A myriad of complicated settings can also mean that inexperienced users could lose large portions of their crypto’s value through innocent and simple mistakes.

The company hopes to simplify the process by offering a “fixed, market-price” exchange through M.DEX, with the platform setting exchange rates based on the market value of each cryptocurrency. It is hoped that this would remove barriers to mainstream adoption, pave the way for trading in an “easy and fair manner,” and create an environment that’s closer to a foreign currency exchange rather than a stock exchange. As a result, M.DEX plans to pivot exchanges from a place that was off-limits to novice users, as well as members of the public who did not have an interest in cryptocurrencies to begin with.

Emphasizing its mobile-first credentials, SovereignWallet says all of M.DEX’s features are easily accessible through a single screen, meaning that “users can just select the token to trade from and the token to trade to.” From here, they can specify the amount of crypto they wish to trade and authorize the transaction.