Hash rate recovers 10% since BTC/USD fell to $3,700, once more proving that Bitcoin takes care of itself when it comes to security and stability.

Bitcoin (BTC) did not need a multi-trillion dollar rescue package to continue functioning after crashing 60% in hours.

That was the conclusion from analyzing the latest blockchain data, which showed that Bitcoin’s hash rate rebounded in recent weeks.

Figures from monitoring resource Blockchain confirm that since March 21, the hash rate has expanded by over 10%.

The move was made possible by Bitcoin’s difficulty lowering, in order to make mining more economical for network participants.

Hash rate refers to the computing power which miners devote to validating the Bitcoin blockchain. The higher the number of hashes per second, the more implied power there is.

Hash rate goes hand in hand with difficulty, which is an expression of how intensive it is to solve the equations to find the solution for blocks of Bitcoin transactions. 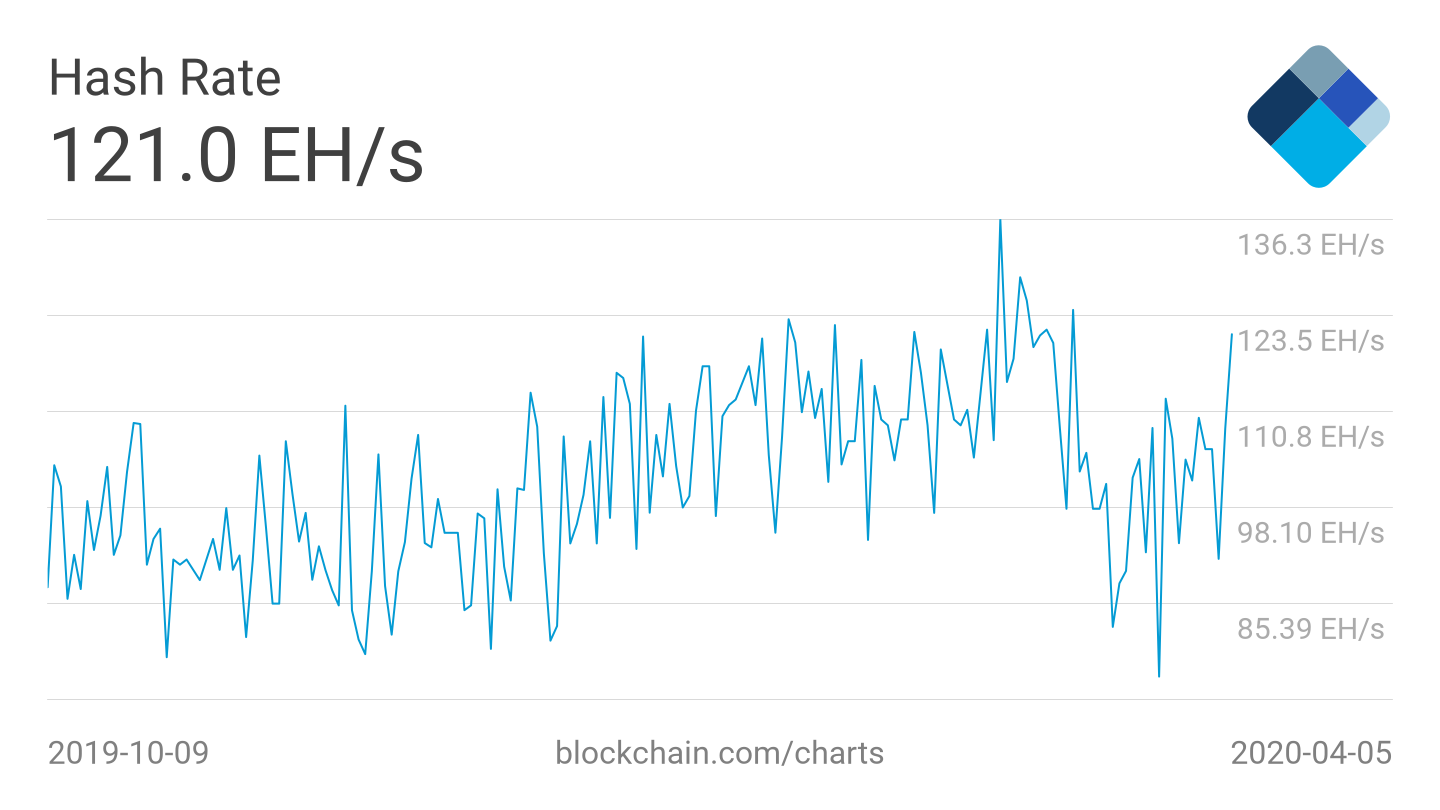 In March, the price nosedived, which subsequently meant it was unprofitable for some miners to continue. Thereafter, Bitcoin’s difficulty dropped 16%, reversing the downward spiral of less miner participation and therefore preserving network security.

The next difficulty change is set for April 8, and should begin to see the number rise once more, estimates from BTC.com suggest.

The phenomenon puts Bitcoin firmly at odds with the fiat economy, which depends on central banks and governments intervening in order to survive. This, in turn, is a product of governments refusing to allow free markets with the use of “hard” money.

Hard money takes care of itself

As Cointelegraph noted last week, Bitcoin is de facto the “hardest” money there is. Unlike gold, verification is built into how Bitcoin functions.

Bitcoins cannot be faked, and any attempt to increase the supply must gain approval by a majority of miners — something they will not do, as it would reduce their income.

Separately, if Bitcoin’s price increases, its supply cannot be mined any faster than the block reward released roughly every ten minutes.

As Saifedean Ammous explains in his popular book, “The Bitcoin Standard,” this ensures that, unlike any other money in history, participants cannot devote excessive time and energy to making more units of Bitcoin the currency more quickly.