Google ranks websites in their search engine results with PageRank, while Nebulas will provide Blockchain users a way to find the most relevant information in the Blockchain world with Nebulas Rank. 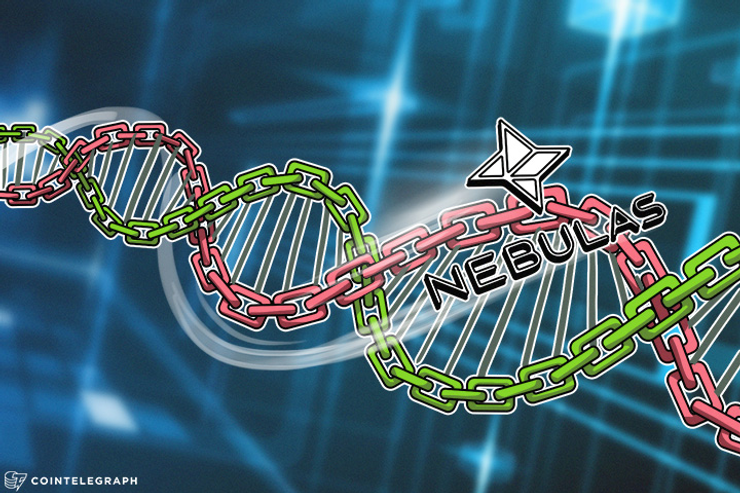 Blockchain technology is in a state of rapid evolution at the moment, and we are starting to see a number of major players emerging like Ethereum, NEO, Ripple and IOTA. But a lot of discussion is on how to reduce volatility without hindering innovation and decentralization. One of the leading thinkers who co-founded NEO (at the time it was called Antshares) is attempting to do just that. Hitters Xu believed his next-generation Blockchain platform Nebulas will reduce, if not completely eliminate, the need for forks. And it will bring the capability of search to the Blockchain platforms - like a Google for Blockchain.

After having served as founding Director of Blockchain Platform for Ant Financial (Alibaba’s financial affiliate), Googles in Search & Anti-Fraud team, Hitters Xu is back working on Nebulas as his latest project, an open-source Blockchain project that aspires to lead the next generation of Blockchain technology.

More Blockchain-based application scenarios are emerging, from cryptocurrency to a wider range of sectors including finance, healthcare, advertising, supply chain, etc. The Blockchain ecosystem is exploding with asset transactions, smart contracts and DApps. Finding the most relevant applications among a sea of DApps will become more challenging.

“Bitcoin Blockchain represents a one-dimensional world where transactions take place peer-to-peer. Ethereum Blockchain has brought us a two-dimensional world with smart contracts and DApps. More and more apps are being built on Ethereum now. When the number of Blockchain DApps reaches that of a mobile app store, how users search and find the expected DApp would be a big challenge.”

Just like how Google ranked websites in their search engine results with its PageRank, Nebulas will provide Blockchain users a way to find the most relevant information in the Blockchain world with Nebulas Rank (NR), thus building a three-dimensional world. Based on the measure of value of NR, people can further unleash the value of Blockchain technology and explore business opportunities such as search engine, advertisements, DApp store.

A decentralized Blockchain system cannot force users to upgrade clients and protocols. Therefore, protocol upgrade in the Blockchain system often leads to “hard forks” or “soft forks.” The Bitcoin community could not reach an agreement over block scaling, which resulted in several controversial forks. Although Ethereum’s “hard fork” offers a temporary fix to The DAO problem, it also created “duplicate assets” like ETH and ETC and resulted in division in the community.

A well-architected system should be able to self-evolve in order to achieve better performance, better resilience and user experience with little external intervention. At Nebulas, the ability to self-evolve is called “Nebulas Force.” Nebulas’s system enables base protocols and smart contracts to upgrade smoothly. It also allows developers to respond rapidly to breaches with upgrades. Hitters commented:

“Human being’s DNA doesn’t not evolve through hard or soft forks. Instead, small mutations are integrated into our DNA system, a Blockchain-like decentralized one where each human being has a complete copy. Nebulas’ Blockchain system evolves in a very similar way.”

A new incentive protocol for a better ecosystem

In order to have rapid growth of DApps, a proper incentive model to encourage developers is becoming increasingly important. Nebulas invented Developer Incentive Protocol (DIP) to reward smart contract or DApp developers with high Nebulas Ranks. They could get Nebulas Token (NAS) for their contribution to the community. This creates a virtuous circle where developers are incentivized to create high-quality DApps.

PoW and PoS are currently two major Blockchain consensus algorithms. Nebulas has created a new one to help build a better Blockchain ecosystem.

“The problem with PoW is a waste of computing power. While PoS makes the rich richer. Nebulas developed the Proof of Devotion (PoD) algorithm. PoD also uses NR as the measure of value to identify the accounts with great devotion to the ecosystem and grant them the fair chances to be bookkeeper to avoid monopoly in bookkeeping.”

Hitters is one of the earliest members of Blockchain community in China. After he first got acquainted with bitcoin in 2012, Hitters started BitsClub.io in 2013, a non-profit Blockchain community project. Ethereum made its debut in China at BitsClub in March 2014, followed by a roadshow in May 2014 on the First Global Blockchain & Bitcoin Summit, also initiated by Hitters. In September 2016, Hitters joined Ant Financial, the financial affiliate of Alibaba and built the first and only Blockchain platform within Alibaba Group.

In May 2017, he left Ant Financial to found Nebulas with Robin Zhong, former architect of Ant Financial's Blockchain Platform and Aero Wang, Antshares (NEO) co-founder. Nebulas has completed its pre-sale in the first half of December and raised $60 mln in ETH.