‘Only Promising Coins, No Listing Fees’: Project to Build the Most Secure Crypto Exchange

A digital assets exchange says its daily trading volume of XRP has surpassed larger rivals, including Poloniex and Bittrex. 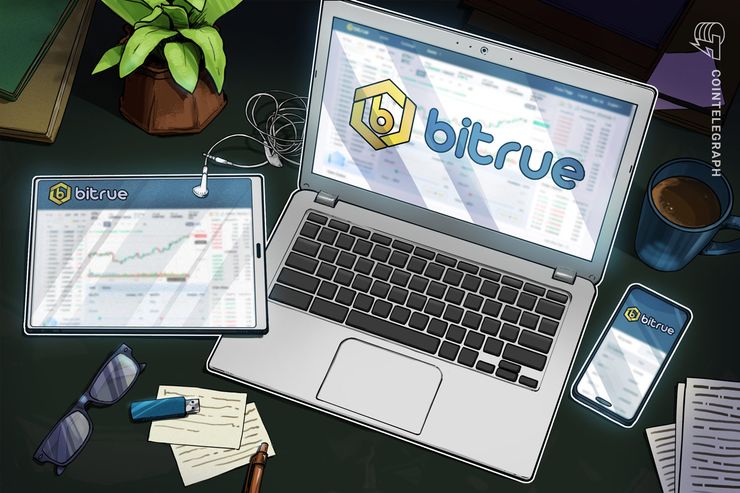 A Singapore-based digital assets exchange wants to take on larger rivals and to offer a new way of operating with users by “putting customers first from day one” and giving back to the users. It says the team has been constantly enhancing security, tuning the user interface, and building localized and professional customer support teams.

Describing itself as a project which is not just an exchange but rather a "community” as well as a “one-stop solution” for investors, Bitrue was launched with the goal of becoming the most intuitive and secure crypto platform. Apart from trading services, it offers asset management and a range of investment tools.

The company says it has created a “safe and convenient” way to buy, sell, transfer and store cryptocurrency — with a team of technical and compliance experts performing due diligence on coins and tokens before they are listed on its trading platform. Its CEO, Curis Wang, said: "Bitrue is committed to list only legitimate and promising tokens on our platform.” The platform charges no listing fee, aiming to build “the most professional and clean” investment environment.

According to the company, trading pairs are being added on a regular basis, with investors benefiting from a “high performance market order matching engine.”

On Dec. 5, representatives from the company were among more than 200 members of the blockchain community at the launch of Block Space in Silicon Valley — an event co-hosted by Bitrue that the organizers describe as an “incubator with the mission of supporting the development of early-stage blockchain startups.”

The chief executive of Bitrue, Curis Wang, also gave a presentation at the event and shed light on how Bitrue is faring in a competitive and challenging market. He revealed that, in four months since launch, his company has surpassed the likes of Poloniex and Bittrex when it comes to daily trading volume of XRP, meaning the platform now handles 2 percent of total transactions. Bitrue currently has 16 XRP trading pairs.

This achievement is partly due to how the platform has sought to build XRP liquidity, with its team motivated by their “strong belief and respect” for the cryptocurrency.

Bitrue was registered in Singapore earlier in 2018 and has aimed to establish a global reach by opening offices around the world — including in the United States, Japan, Taiwan and Europe.