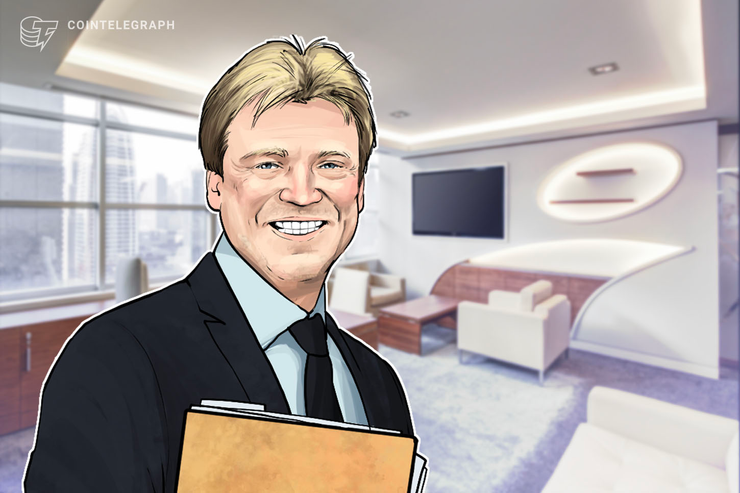 After selling off all of his shares of Overstock’s common stock, former CEO Patrick Byrne reportedly still holds a major stake in the company in the form of Series A-1 Preferred Stock.

In August, Byrne announced that he was stepping down as CEO of Overstock, citing his controversial relationship with Maria Butina as the most important reason for cutting ties with Overstock.

Butina, alleged to be a Russian agent, is currently serving 18 months behind bars for having infiltrated powerful political circles in the United States at the direction of the Russian government.

In September, Byrne cashed out nearly 4.8 million Overstock (OSTK) shares, which accounted for more than 13% of the company and was worth around $90 million at the time. According to a filing with the U.S SEC, the former CEO had sold his shares at lower and lower prices ranging from $21.84 on Sept. 16 to $16.32 on Sept. 18.

In the same month, a class action complaint was filed in Utah that accuses Overstock.com, Byrne and former CFO Greg Iverson of securities fraud. The complaint alleged that Byrne designed Overstock.com’s digital asset-based dividend as a means of punishing short sellers. The complaint stated:

“While defendant Byrne had previously, at different times, launched into public tirades over short selling and naked short selling, the tZERO Dividend was his secret plot to finally obtain hegemony over them — and it almost worked.”

Despite the fact that Overstock finds itself in the midst of controversy, at the beginning of October, the e-commerce giant announced that it had opened a blockchain research and development (R&D) center in Ireland. The firm’s R&D center is located in “IDA’s flagship North West business park in Sligo” where it hopes to make its 100th Irish hire before the end of 2019.

Updated 19:45 UTC Dec. 5: This story has been corrected to refer to Byrne’s holdings as preferred stock in Overstock rather than stake in tZero.