Paranoia & Love: What Pushes Tech? A Discussion With Prof. Reichental

To build a business today is more possible than ever before — professor Reichental about innovation, technologies and blockchain education.

Why technologies have an expiration date, whether robots could steal our work and why crypto should play nice with banks — an interview with the ex-CIO of Palo Alto 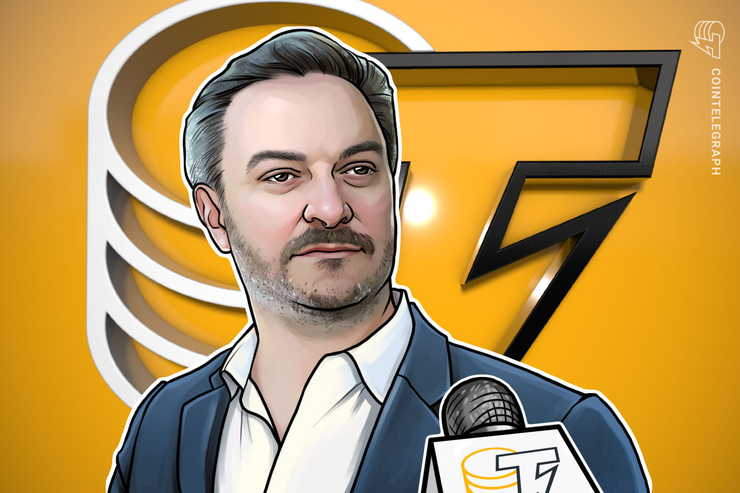 Professor Jonathan Reichental is the incarnation of a tech man. One of the most competent opinion leaders in the innovation field of our times, he has managed to be successful as an advisor to business and governments, a professor in leading universities, a writer, the chief information officer of Palo Alto in Silicon Valley, an investor… the list continues. Currently, he is deeply engaged in the blockchain community and also doing a lot of work in quantum computing. Just to illustrate his influence on modern leaders, it is enough to say that among Reichental’s subscribers on Twitter, you can find former United States President Barack Obama.

We had a fascinating one-hour-long conversation with professor Reichental, talking about what makes a piece of technology great, how to survive when you have too many things you want to do, and who should promote blockchain and crypto projects. And I was so inspired by this talk that asked Jonathan to launch a series of Expert Takes for Cointelegraph, which (yes, it will be my answer to, “How did you spend your summer”) will see the light very soon.

Our discussion on technology started even before the first question of the interview, as we talked about the messenger we used for our call and how the dynamics of all these Skypes, WhatsApps, Zooms and others influence our lives.

Jonathan Reichental: I think it demonstrates something very interesting, which is: No product can ever be comfortable that it owns the market — it can never be confident. Andy Grove, who helped start Intel, he wrote a book about it [A. S. Grove, “Only the Paranoid Survive,” 1996], saying, in business, you must be paranoid every day.

The point is, if I came to a group of investors and said, “Hey, I'm going to work on a new collaboration tool for voice over the internet, or video,” the answer they probably would give is, “That's a ridiculous idea.” There's, like, 20 solutions — plus, doesn't Skype and Google Hangouts and two or three others own that market? And the proof is that now, if you build a superior product with a better experience, you can dominate; you can win back market share.

When you first read Reichental’s bio, you risk being overwhelmed by the amount of different projects he has successfully conducted and hobbies he follows. Urban development consultancy, quantum computing courses, music composition and playing guitar, blockchain promotion — this is an incomplete list of his summer’s to-do. So, my first question was basically about a paranoiac feature of Jonathan’s life: How does he combines so many interests and manage to be successful in all those areas?

JR: I've been lucky enough to be born into the beginning of the information age, when things were really getting going. I've not really known a world without tech and my first exposure to a computer was my older brother bringing one home when I was probably five or six years old — and then I got interested in the games myself and even programming.

And these were the days when you would buy a magazine, and the magazine would list the code, and then you type the code into your computer. There was no “online,” the best you could do was go to a store and buy a cassette — or later on, a disk — and then load the software. But there's no hard drive, so every time you wanted to use it, you had to insert the disk and read the information off it.

My two big themes in the early part of my life were an interest in technology — computers and then my interest in writing music. It turns out, by the way, that a lot of musicians like computers. There's something about how the brain functions and thinks about music and things like software engineering and problem solving.

I think the lesson that I learned, and what I share with people, is you should do what you love and hopefully, in most instances, if you love it, you'll be better at it. And if you're better at it, then you will be successful in some way.

It doesn't apply to everything, of course, but just the idea that you wake up and you're excited about what you're doing is a tremendous motivator for practice, for learning — and that has happened to me now. I'm a couple of decades into my career. I'm more passionate and more energized by technology than ever before. So, long may it last.

And combining all the interests you love following is about good time-management?

JR: Do you use your time well every day? Not to get too philosophical, but the basis of that for me is making every day matter. Do you wake up and think this is gonna be my best day? I don't know what's happening tomorrow, but I know what's happening right now. Part of it is that I know this life is short and unpredictable. So, I'm doing a lot of different things simply by managing my time and doing the things I love. And hopefully, they also impact others in a positive way.

One of the most exciting pages of Reichental’s biography is his seven-year adventure being the CIO of the city of Palo Alto, which has served as an incubator to companies such as Google, Facebook, Apple, SAP, PayPal, Pinterest, HP and Tesla, some of them headquartering there.

JR: I saw cities as a very complicated machine that ran on a whole series of technologies. And if you did it right, and you tweaked it, you reinvented it in areas. You could improve the lives of thousands of people and millions of people. And then eventually, as this movement continues, you can positively impact billions of people.

And there's been nothing more dramatic than the impact of our cities on humanity in terms of a positive trajectory.

But was the geographical location key to the success of the companies mentioned above? Maybe not. We also had so many cases in history in which companies that constituted almost a monopoly on the market then almost disappeared (I won’t tell you which were my first three mobile phones, but all of them were of the same Finnish brand. And then something happened, and I am now using three different phones, none of them made in Scandinavia). So, what is necessary for a technology to be successful, and for a company to always be on the avantgarde of the tech development?

Now, the question is what's next. And to me, and I say this to all the companies I coach and all the leaders that I speak to, is what really matters is a great idea.

It might not be obvious to everybody what that great idea is and what makes a genius a genius is that you see something that others don't see. And you have to have the conviction that what you're doing will work even when others tell you you're crazy.

So, if you are on the beginning of the process, if you're an entrepreneur in the startup process, it's a great time. What's not as easy is when you are an incumbent — when you have an existing technology and you're serving the marketplace. This is probably the most unpredictable time in history for you. If you look at the Fortune 2000, years ago these companies lasted for decades. And now the period of reinvention and disruption is displacing these companies very quickly.

I do speak to a lot of people who have ideas about what's possible and what the market will accept that doesn't seem rooted in a reality and that can be very hard for an entrepreneur — because the idea is their baby, and nobody likes their baby to be criticized.

So, what can be done to enable technology to be successful at that level is: to be paranoid and to be constantly scanning and reacting to the nature of the global marketplace and the emergence of disruptive technology. And that's not something that is a passive activity that has to be active. You have to have people and skills and teams and investment in that to help you. You have to be prepared to quickly move into new markets or quickly reinvent your product based on the circumstances of the marketplace.

There isn't a secret, here, to be revealed. The answer is that to build or to run a business today is more possible than ever before, but it's also more complicated and riskier than in the past. Certainly because of the macro conditions are changing so quickly. And there's no time to rest. Which is unfortunate. Makes us all a little crazy.

Okay, and so we learned that it is the best time to be a technologist (who would doubt that we live in the time Bitcoin was invented!) But how can we know that we have the best technologies around?

JR: The biggest mistake of history is someone saying “I think we've invented everything that can be invented.” Of course, every single time, it's completely wrong.

In each of the prior three revolutions, the world changed dramatically. In the first revolution, you had steam power, that transformed transportation and manufacturing, which led to bigger cities and that whole set of laws and new norms that actually, on balance, improve things a lot. We had a second revolution that introduced electricity, and I don't think anyone would ever doubt or underestimate the impact electricity has had on the world — to me, actually, that is the most important thing we humans have ever leveraged. And third, the information technology revolution: Our laptops, our smartphones and the internet have completely changed how our days go.

And this Fourth Industrial Revolution is, by far, potentially the greatest transformation that will happen on the physical, digital and biological side. Not only will all these bend up in ways that are hard to anticipate directionally, but when they intersect, that gets really interesting.

One of the characteristics of the Fourth Industrial Revolution is convergence. And this is a little bit of the cliche example, but you couldn't have Uber 15 years ago, because you can't just have Uber without smartphones, or without social computing, or Big Data, or AI or GPS, or online payment systems — they all have to exist. They all have to be really good and they have to work together. And when they all exist and they work together, you get a groundbreaking service like on-demand transportation.

And what we're gonna see now in the Fourth Industrial Revolution is not only new technologies that are bigger in their impact and are adopted faster,