Is Bitcoin a Store of Value? Experts on BTC as Digital Gold

Crypto experts’ take on the question: Is the leading cryptocurrency, Bitcoin, really a good store of value and can we call it “digital gold”?

The phrase “digital gold” possibly came into more widespread use after The New York Times journalist Nathaniel Popper's book, "Digital Gold," was published in 2015. Google searches for the term “Bitcoin digital gold” peaked in December 2017, when the leading cryptocurrency’s price hit record highs around $20,000 per coin.

For thousands of years of human history, people have used precious metals — namely copper, silver and gold — to fulfill the main functions of money: a unit of account, a medium of exchange and a store of value.

Well before Bitcoin was born, computer scientist Nick Szabo wrote a proposal for “bit gold,” laying out a concept for secure digital money that is often referred to as Bitcoin’s predecessor.

After 10 years of existence, the question of whether or not Bitcoin can in fact be considered “digital gold” continues to be debated in the industry. Yes, Bitcoin is designed to be scarce, but when discussing it as a potential store of value, many point to Bitcoin’s historical volatility as an argument against doing so.

To see where we’re at with the debate today, we asked a variety of crypto and blockchain experts to revisit the question.

Is Bitcoin a good store of value? Can it be considered “digital gold”? 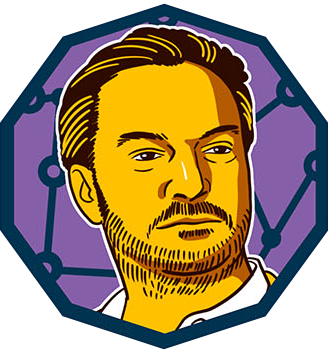 “Maybe it's too simple of an answer, but it just continues to be too unstable. Gold fluctuates, but it doesn't double its value over a short period of time.

“I don't know if this is fake or not, but diamonds are abundant. And so, they really not of any value. But if you go to a store and you buy a diamond, it's expensive, right? And the way in which it retains value is scarce. It's supposed to be scarce. It looks beautiful, it's a particular shape, whatever. And one particular big diamond company, I believe, gathered up a lot of diamonds and dumped them in the sea to keep the price high, because if beautiful diamonds are available to everybody, then they drop in price very quickly and it's no longer a billion dollar market. I have no way to prove it, but I've read it on reliable sources.

“The big question in crypto is: Can we enter a phase where it's stable? We have standards. It probably can't exist in the complete absence of regulation. That's kind of a nasty word to the cyber crypto marketplace. But, there probably — for some level of protection — needs to be some agreed regulations in national countries, but also globally.

“So, until such a time when it is stable over a long period of time and is recognized by the largest amount of organizations and governments, I think it won't be able to be any gold or a stable asset class.” 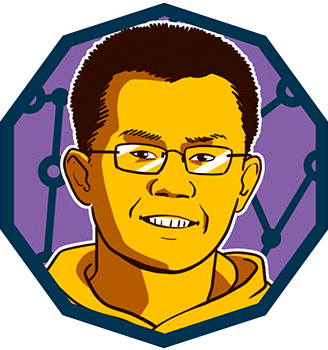 "Bitcoin is not gold. Gold is heavy, hard to carry around. Bitcoin is better." 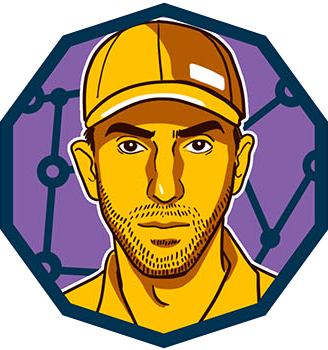 “Bitcoin might be the greatest store of value in the history of the world. Yes, it's volatile — as it's only been useful for about seven years — but its ‘unconfiscatability’ property is unmatched. That is its true store of value, as gold is confiscatable and all other assets even easier.” 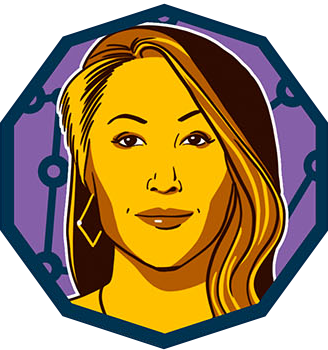 “When I asked my friend Dan Sokol if he owned any Bitcoin in 2016, he said: ‘F--- no, child. My heart couldn't take it.’ Dan is an old time Silicon Valley dude of some 40 years, now retired. Among the world's first hackers, Dan was a semiconductor engineer/serial inventor manager who took a copy of BASIC and gave out copies of it to hacker nerds, and said, ‘F--- with it, break it, and once you figure out how to fix it, tell the rest of us how you did it.’ It was one of the first events of open-source in Silicon Valley.

“Even he told me he didn't want to risk owning Bitcoin. Until we stop valuing the short-term gain of trading on the volatility, it is a poor store of value, and not a currency. It's an excellent technology that provides a trustless system without a single point of failure. It is a technology with a philosophy — of transparency, decentralization, and a democratization of value. Ideally.”

— Susan Oh, CEO of Muckr.AI and board member of Blockchain for Impact at the United Nations General Assembly 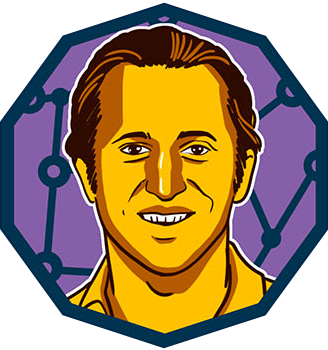 “Gold is considered the ultimate store of value because it has been considered valuable for most of human history in most places (there are some exceptions), so there is a strong widespread belief that gold will remain valuable in the future no matter how politics might feasibly change.

“With Bitcoin, the case that it is a store of value is much less clear. It's certainly conceivable that five-10 years from now, Bitcoin could have almost no value. 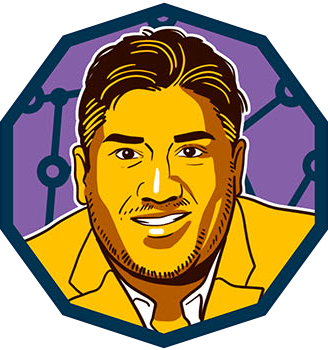 “I’ve always maintained that Satoshi originally intended Bitcoin to be used for payments, not store of value. That said, he left Bitcoin, so the community is now in control — for better or worse.

“Since its creation in 2008, Bitcoin has been in the process of becoming a digital commodity. By definition, a store of value can be a commodity that’s not perishable or subject to depreciation over time versus main reference assets, like national currencies or currency baskets.

“There is typically a base level of demand in which a store of value’s price is not expected to drop below a certain level, with the possible exception of structural changes to the local or global economy. Essentially, stores of value are items in which the value does not decay over time, but can in fact also increase.

“For Bitcoin to be a reliable medium of exchange, or ‘a currency,’ it needs to be stable, and have low volatility. In other words, people need to accept and hold Bitcoins because they are trusted and will not fluctuate in value. Ultimately, to become a currency, it’s about network effect and the demand for a commodity that is mathematically limited to a supply of 21 million units.” 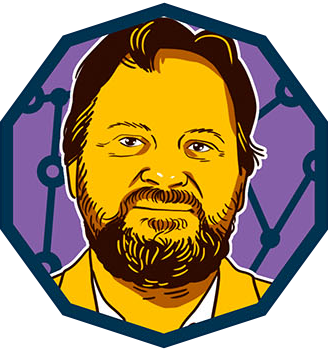 “And, even discounting the eventual further appreciation of BTC against various national fiat currencies, its features will make it attractive as a store of value to an increasing amount of people.

“Borderless, permissionless, portable — it is actually superior to gold. The current examples of people from countries like Venezuela will, over the years, be substituted by new ones. What will the citizens of the U.S. decide to do once the “petro-dollar” will cease to exist and a new geopolitical order emerge? Will they decide to trust Bitcoin in large numbers?” 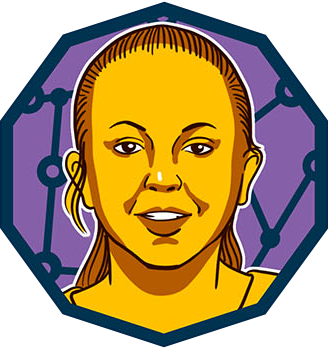 “I am skeptical that a ‘good store of value’ can be defined in the abstract. Whether Bitcoin meets the standard depends on what you're actually trying to accomplish through buying or hodling. What are your object-level goals, what properties are required to satisfy those goals, and does BTC have those properties? What are your other options, and how do the affordances of those options compare to BTC with respect to accomplishing your goals? In other words, what are your store-of-value priorities and which tradeoffs are you willing to make? Therein lies the answer.

“Of course, it is possible to generalize about Bitcoin's suitability as a store of value. I've certainly seen people do it intelligently (for example, the back-and-forth in this Twitter thread). However, in my opinion, storing value is such a broad use case, pursued with so many different motivations and objectives, in so many different situations with idiosyncratically constrained local optima, that it's impossible to establish BTC as a ‘good store of value’ in any universal or definitive sense.

“All of that said, Bitcoin is deflationary by nature, due to the capped 21 million supply and the clever incentive structure that has reliably safeguarded its inviolability. The emergent order governing Bitcoin, as both a software product and a phenomenon, is undeniably path-dependent, attributable in large part to Satoshi Nakamoto's design decisions. There is no guarantee that BTC will increase in value, but past trends and the underlying supply-demand dynamics suggest that it's a reasonable long-term prediction.

“Anyway. Thoughts on ‘digital gold’... There are sufficient similarities between gold and Bitcoin, with respect to production economics and censorship-resistance, that ‘digital gold’ is a useful term — albeit primarily as a shortcut that conveys the gist of how BTC works and what it does. ‘Digital gold’ is quick and convenient in the same way that describing a startup as ‘Uber for whatever’ is quick and convenient. Is the comparison 100% accurate in a strictly literal sense? No, but we don't typically hold analogies to that standard.

“A more precise question: ‘Does BTC share the properties of gold that have made gold attractive as a store of value?’ Here, again, the answer depends on a specific context.

“Personally, I think that Bitcoin's lack of privacy and related lack of fungibility are serious drawbacks that undermine its censorship-resistance as well as users' other practical security needs. Teams like zkSNACKs have made significant and commendable progress in providing BTC users with more private options; I would like to see that continue. However, there is no substitute for future-proofed Layer 1 privacy, due to the probabilistic attacks to which decoy-based systems are vulnerable, and the rewards for successful high-stakes deanonymization.”

The answer above is Sonya Mann’s own and does not constitute the official position of the Zcash Foundation.