A blockchain platform and an oracle service provider are leveraging each other’s products to improve their offerings and take the technology mainstream. 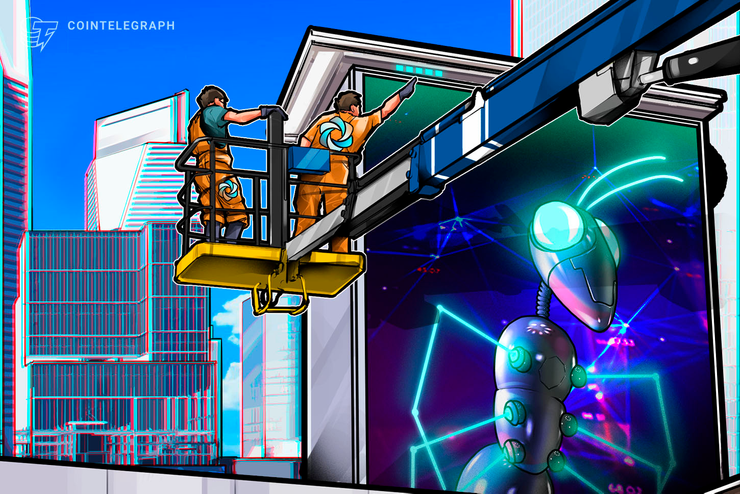 A blockchain platform and an oracle service provider have unveiled plans to leverage each other’s products — improving their respective offerings.

Presently, HPB claims everyday organizations struggle to ensure that data between on-chain and off-chain environments is exchanged securely and reliably. The platform says this can be addressed through the use of oracles — third-party digital agents that retrieve, format and exchange data between smart contracts and off-chain systems.

The company also believes oracles can “greatly expand the scope and impact of blockchain applications” by using data to execute smart contracts once predetermined requirements have been satisfied.

Chainlink uses multiple oracles in order to retrieve and pass along singular data points, eliminating the risk of a single node compromising data integrity or the functionality of a smart contract. Teams developing smart contracts, along with large-scale enterprises such as SWIFT, are already among the network’s clients.

Where HPB comes in

HPB says its role involves providing a “true random number generation service” that can benefit a plethora of industries — the gaming and gambling sectors among them. The company claims that current methods used to generate random numbers are predetermined and potentially predictable, undermining the security and fairness that many businesses need. HPB’s dedicated hardware chipset, the Blockchain Offload Engine, uses electricity and temperature to provide a true random number generation service.

With decentralized applications, or DApps, continually becoming more complex, HPB argues that smart contracts are going to require data from a multitude of real-world sources. While its network can ensure that valuable data is delivered to developers and other partners, Chainlink will be able to expand its oracle services by using HPB’s true random number generator.

Both parties are upbeat about the partnership’s potential. Danny Rowshandel, HPB’s managing director of global business development, said, “By integrating Chainlink’s oracle services, we will get one step closer to real-world adoption of blockchain technology.”

Daniel Kochis, Chainlink’s global head of business development, added: “We are excited to work with HPB to provide their developers with access to off-chain data and to also provide them with a channel for their random number generation to power smart contracts.”

As reported by Cointelegraph, HPB has been establishing partnerships with a range of businesses in recent months.

In July, it announced a new collaboration with the Chinese gaming company Shanghai Youwan. HPB hopes that the tie-up will expose millions of consumers to blockchain for the first time and pave the way for mainstream adoption. Thanks to HPB’s advances in random number generation, the pairing could also improve gaming experiences nationwide. Shanghai Youwan has amassed an estimated 800 million accounts since its launch, with 20 fresh titles developed on an annual basis.

The partnership will include the integration of a credit system to convert HPB into in-game currency that can be redeemed for credits in online shopping malls and even gas stations — achieving compatibility with all companies under the Ping An Group, as well as China Telecom, China Mobile, China Unicom and JD.com.

Overall, HPB has secured more than 70 partnerships and decentralized applications — many of which extend beyond gaming into other industries including infrastructure and fintech. The company has also established a relationship with the IFC’s SME Forum, enabling it to embark on discussions with policymakers and other influential leaders about how blockchain technology can be applied in a way that benefits society as a whole.