CoinDesk’s Danny Bradbury asks an important question in light of the US Senate Committee on Homeland Security and Governmental Affairs’ hearing on Bitcoin: Is all of this even necessary? 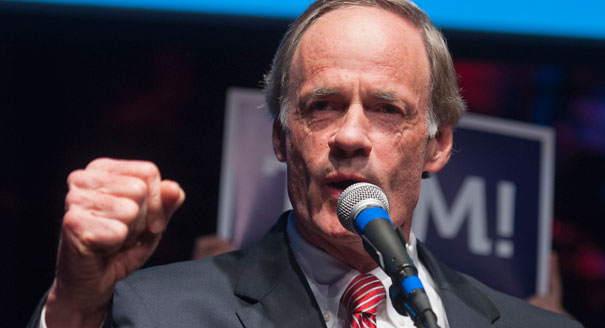 CoinDesk’s Danny Bradbury asks an important question in light of the US Senate Committee on Homeland Security and Governmental Affairs’ hearing on Bitcoin: Is all of this even necessary?

It’s certainly a fair question. What is an institution of centralized control going to do with/for a decentralized currency? Bitcoin is incompatible and doesn’t need your concern, Washington. Thanks anyway.

Still, Bitcoin proponents like Jeremy Allaire, founder of Circle, have gone to Congress to help politicians and officials wrap their heads around what’s been going on.

Allaire himself has called it “short-sighted” that members of the Bitcoin community want to keep the currency a niche instruments for circumventing policies and regulations.

Jerry Brito, a Bitcoin researcher at George Mason University, also spoke before the committee, and he agrees with Allaire’s sentiment.

Brito’s argument is that the currency itself cannot be controlled — at least not easily — but government regulations can hamper innovation and entrepreneurship.

In a Guardian op-ed, Brito states that regulators are already stifling innovation and growth. Bitcoin innovation is taking place in other countries.

Therefore, he said it is up to Bitcoin community members in the US to educate the government about what is going on so regulation does not get in the way of a Bitcoin infrastructure that could be built there.

“If it’s going to happen anyway,” Brito said, “what’s the harm in being there to present a rational and reasonable perspective?”

And perspective is a good idea to present to a government that tends to view new things first through the prism of law enforcement. The hearing itself was called only after the FBI shut down the Silk Road. To many, Bitcoin equals the online trafficking in drugs or child pornography or weapons that go to the Terrorists™.

Bradbury suggests this is an old issue. What’s more important, allowing technology to flourish or the fact that said technology could enable criminals?

Some are trying to reach a middle ground by keeping the technology but pulling back the cloak of anonymity that has many hands wringing. Options presented included marking Bitcoins that have been used to possibly fund unsavory activities.

The Bitcoin Foundation, though, did not support that idea.

All these arguments are playing out in the Bitcoin community, as well. Some members want to cooperate with regulators; others shun the entire on principle.

Either way, Bitcoin will continue to flourish. It just remains to be seen whether steps taken by the US can allow it to grow in that country, or whether innovators and infrastructure builders will simply go elsewhere.