Ripple (XRP), currently the second largest cryptocurrency by market capitalization, has continued its recent rally, crossing the $3 per coin mark. At press time, the altcoin was trading at an average of $3.12.

Ripple’s price has increased almost 49,000 percent over the past twelve months. The cryptocurrency passed $2 just last week, seeing a 130% increase since Dec 27.

This has cemented Ripple’s number two position with a market cap of $121 bln, almost half that of Bitcoin. 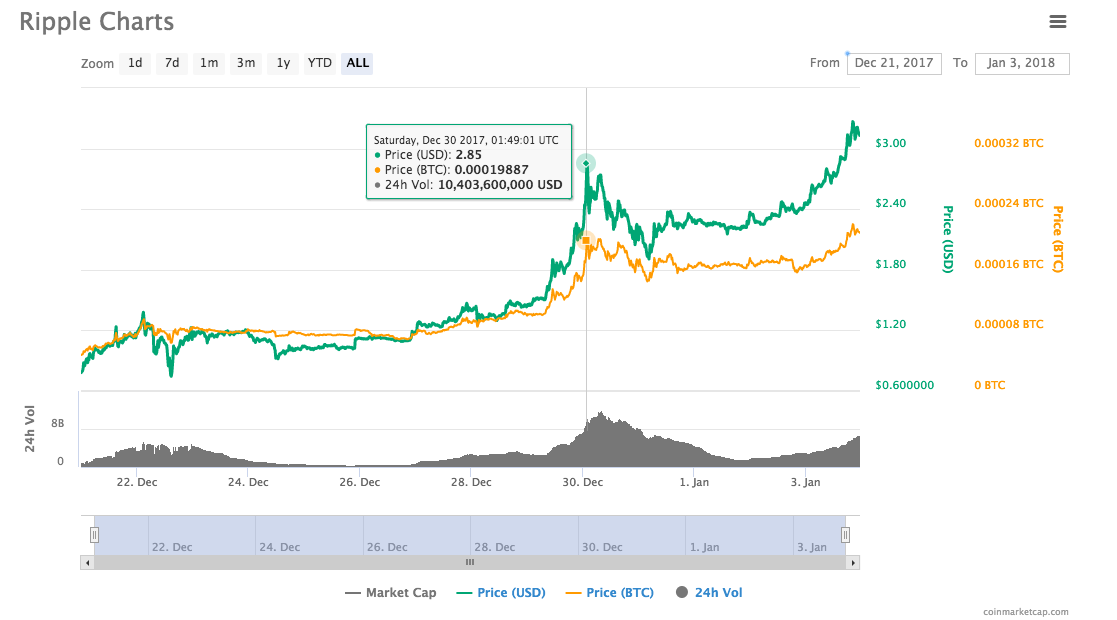 Ripple markets itself as a Blockchain-based payment solution for enterprise level global payment transactions. The addition of the coin on Bloomberg's price terminal in mid-December arguably started the substantial rally.

A recent “cryptocurrency mania” on South Korean market, during which almost half of Ripple trading volumes occurred several multiple exchanges in the country, has also contributed to the altcoin’s rise.

Investors and cryptocurrency believers have been pursuing other altcoins recently as well, creating substantial gains in the top 30. The most notable gains include Cardano (ADA) and Stellar (XLM), which have both jumped more than 30% on the day, as well as Status (SNT), which saw an over 100 percent increase in the past 24 hours.