Ripple price has gained 35% within a day and now the currency occupies second place by market cap in the overall crypto market.

Cryptocurrency Ripple (XRP) shot up by almost 35 percent over the past 24 hours, trading at an average of $2.20 and occupying second place by market cap in the overall crypto market at press time.

The massive spike comes just over a week after the coin broke $1 for the first time last Thursday. The price then dropped again on Dec. 22, but rallied back up 57 percent the same day and has been following a bullish run since blowing past $1.50 today. With a market cap now of $78 bln- Ripple is worth more than Uber, valued at $68 bln as of December 2017 according to the Wall Street Journal.

The cryptocurrency was trading stably at about $0.20 for the past six months, starting its notable growth on Dec. 12. 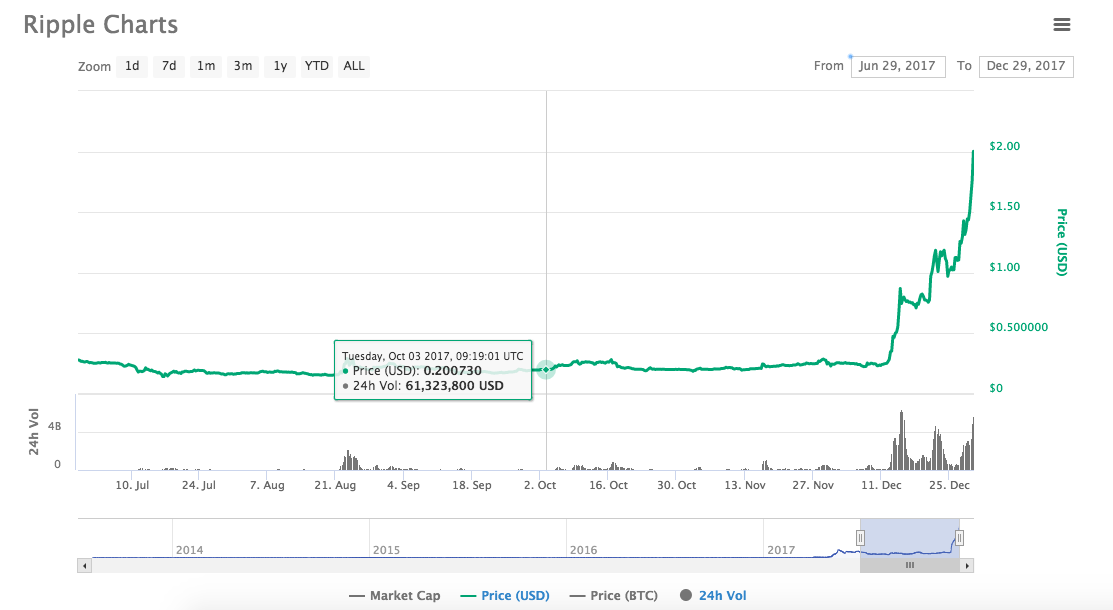 The investment profitability of Ripple, created in 2013, this year has surpassed that of Bitcoin.