Rumor Has It Polkadot is Launching a Second Token Sale

The Polkadot project appears to be launching its second token sale after a “building with Polkadot” page is published.

Persistent rumors on Polkadot channels and groups and a series of forms and NDAs to “build with Polkadot” suggest that the project may soon run a new token sale for its token, the DOT.

The purported dashboard of the upcoming sale is located at get.polkadot.network. The page appears to return an error as of press time, but screenshots obtained by Cointelegraph suggest that the sale has already begun as community members reported successfully purchasing the token.

Prospective “builders” can sign up to build via a “Get Started” page by providing their email. They will then receive a form to fill with their personal data.

The first step only requires basic information like name, email address and three fields for the country of citizenship, residency and location. A disclaimer noted that the process could not be completed by people with any tie to a variety of countries — most notably the U.S. and Japan. According to a community member familiar with the matter, Chinese IPs are blocked but the sale is otherwise open for them. 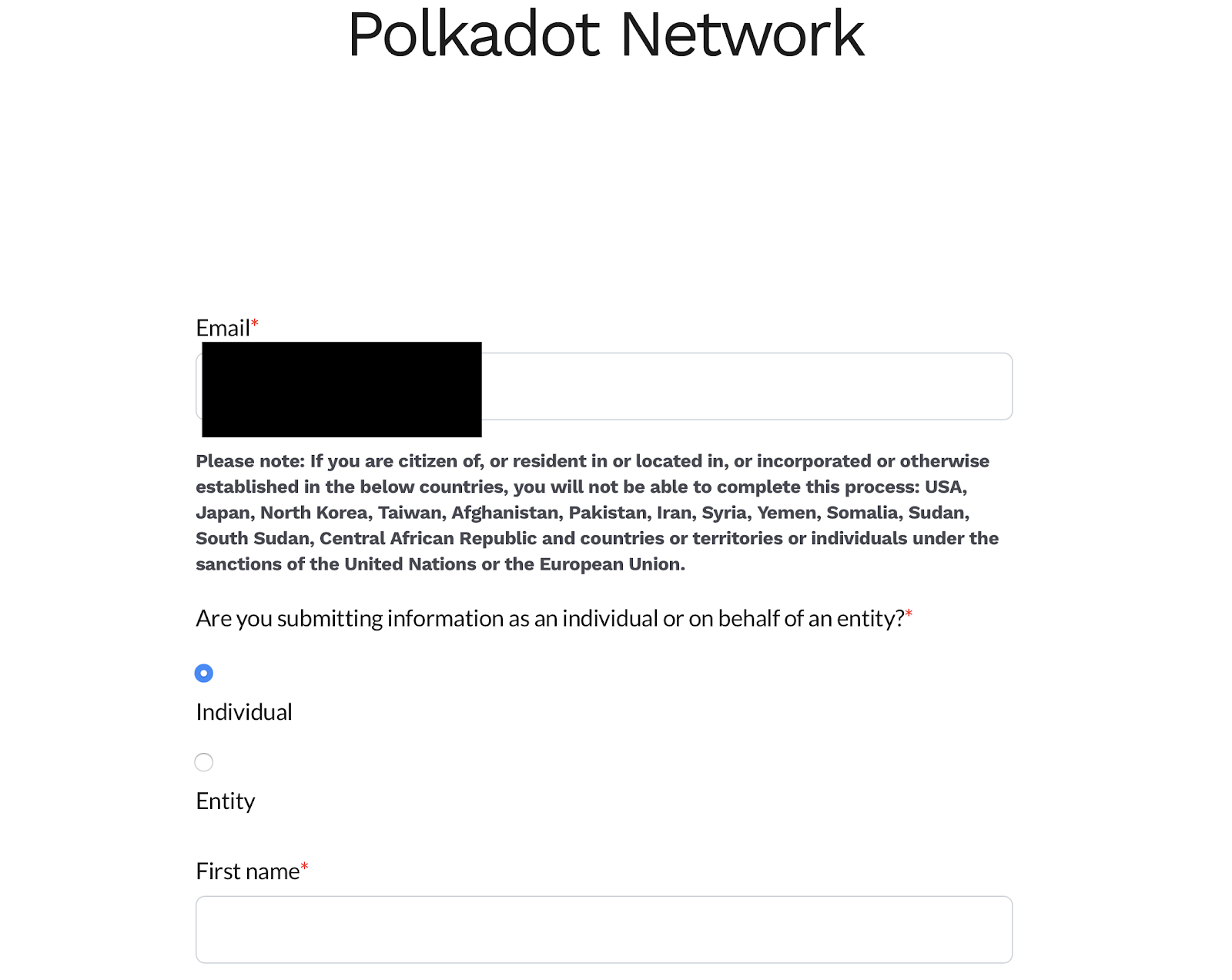 A screenshot from the first form page.

The next process includes a different type of disclaimer related to the usage of the DOTs, asking participants to pledge to only use them within the network: 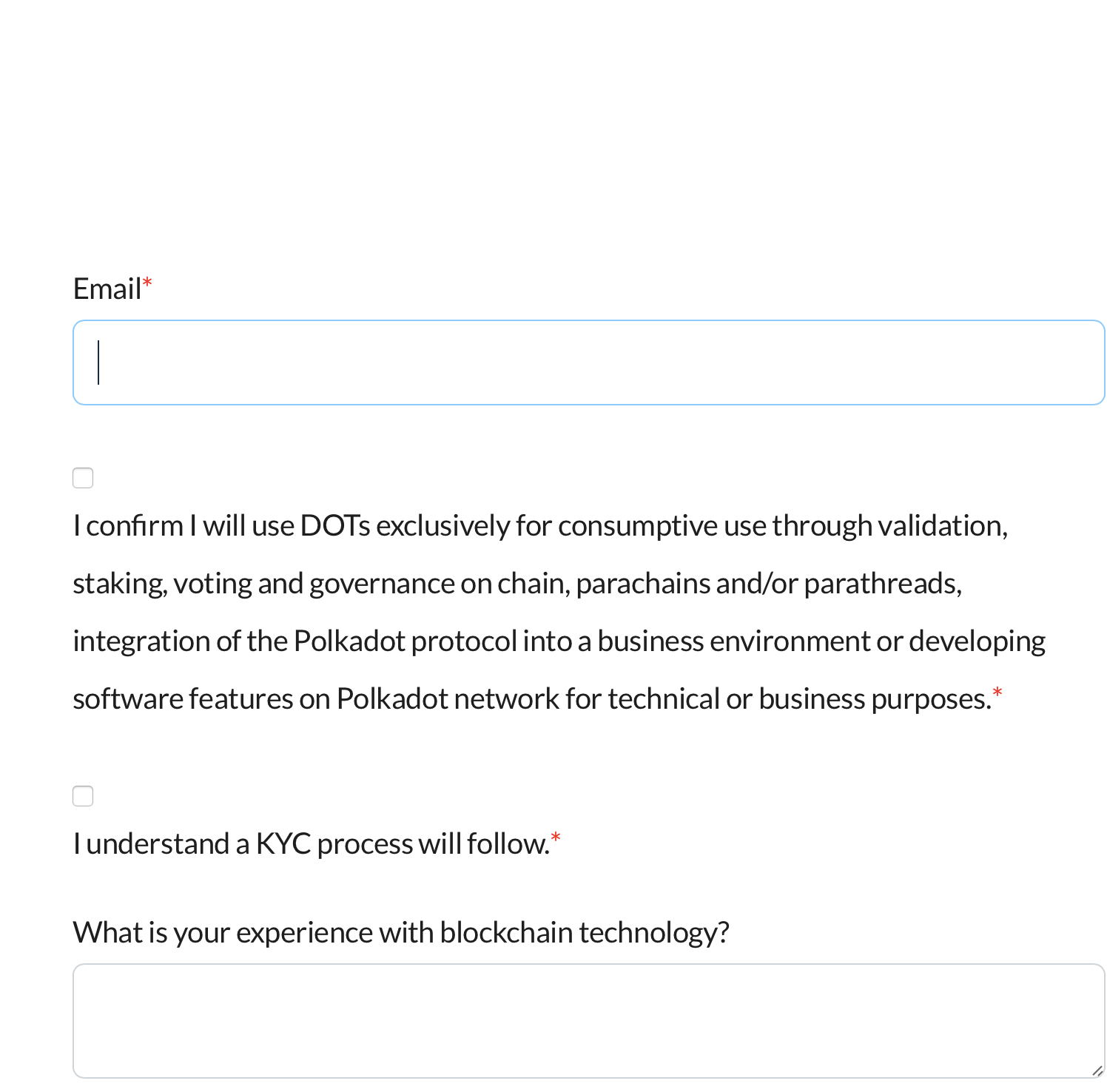 Cointelegraph sources in the community confirmed that the sale is offered with a standard auction at a starting price of $125. After 100 hours, the price will be raised to $150.

Those who complete the forms are sent a non-disclosure agreement regarding the “process” and signing up as a builder. The sale would likely fall under a Regulation S offering that excludes U.S. persons from participating.

Screenshots from purported letters sent to the participants suggest that only Bitcoin (BTC) is accepted as payment. The same screenshots show that contributions above 10 BTC will need to be settled over the counter by directly contacting the team. A vesting period of five months will be reportedly required as well.

If the rumors are true, this would be the second token sale for DOTs. The first was only offered to private investors at the inception of the project.

The project is currently live as a permissionless blockchain, but the previously issued DOTs remain untransferable.

The sale apparently began some time around Friday evening UTC.

The Polkadot team did not immediately reply to Cointelegraph’s request for comment.

Update: The article was updated with additional and up-to-date details