A Russia bishop has hit out at the valuation of cryptocurrencies and the US dollar.

A Russia bishop has hit out at the valuation of cryptocurrencies and the US dollar. 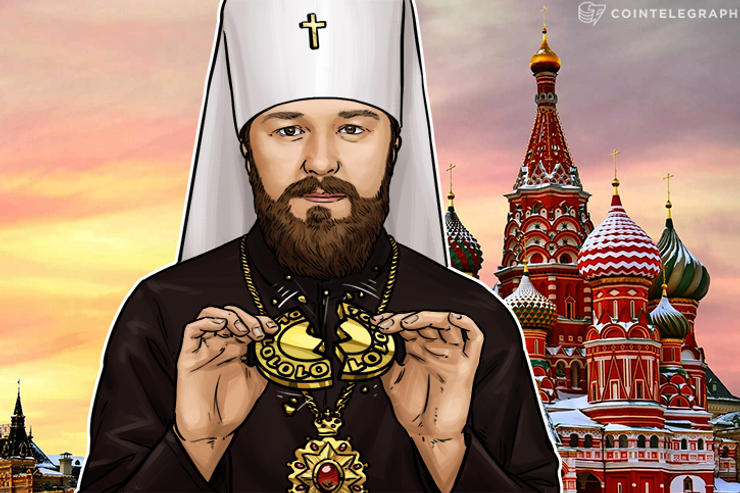 Cryptocurrencies have crept into all walks of life and as a result, we have pundits from almost every sphere of influence throwing their two cents into the mix.

Banking and traditional financial institutions have been the loudest critics of virtual currencies but the list of naysayers ranges from politicians to actors.

The latest, obscure voice comes from Bishop Hilarion Alfeyev of the Russian Orthodox Church. Speaking in his role as chairman of the department of external church relations, Alfeyev hit out squarely at cryptocurrencies as well as the US dollar.

It’s not surprising to see a Russian clergy taking a stern stance on the dollar but according to RT, the bishop also believes cryptocurrency value has been based purely on sentiment:

“I personally think that cryptocurrency is a new financial bubble, a new Ponzi scheme, behind which there is nothing.”

His apathy towards cryptocurrency stems from what he describes as a natural progression brought about by the banking system, which has gradually evolved alongside digital technology.

The theologian said the church would do well to steer clear of cryptocurrencies:

“This innovation is representative of the entire banking system, where real assets are converted into virtual ones. This paves the way for usury, which the church has always spoken out against, but can do nothing about – we all have to keep our money in banks.”

As of January 2018, the overall market capitalization of the cryptocurrency market sits at just over $630 bln, according to Coinmarketcap.com.

While that number pales in comparison to the biggest players in the world’s stock exchange, the value represents the growth in sentiment towards cryptocurrency over the past five years.

Nevertheless, the Russian bishop says there is a disconnect between the perception in value of virtual currency compared to tangible, traditional assets.

“Cryptocurrencies are another step in this direction – now with electronic numbers instead of paper. We see that among a certain group of people, these cryptocurrencies have value, but this is divorced from reality and this is perhaps the greatest danger.”

Alfeyev also hit out at the current valuation of the dollar, which he claims is difficult to gauge given the circulation of the currency around the world:

“But now there are more dollars in the world than any gold reserves could guarantee. In a way, the dollar is already a cryptocurrency. We don’t know how that currency is controlled, how its price rises and falls, and even how many dollars are in circulation.”

The Russian bishop’s sentiments may not be founded on empirical market research, but its the voicing of his views that are the most important thing at this juncture.

His voice joins an ever-growing chorus that is calling for better financial practices worldwide. Whether it’s having a go at cryptocurrency, the dollar or even the ruble, influential people are far more outspoken about the current economic climate.

Cryptocurrencies and Blockchain technology have the potential to transform the way we transact in the digital world and institutions from banks to churches are being forced to educate themselves and take stock of what is becoming a part of everyday life.