Russians Can Pay Internet and Phone Bills with Bitcoin without Fees

Megafon and other mobile operators accept Bitcoin as a payment for their services. 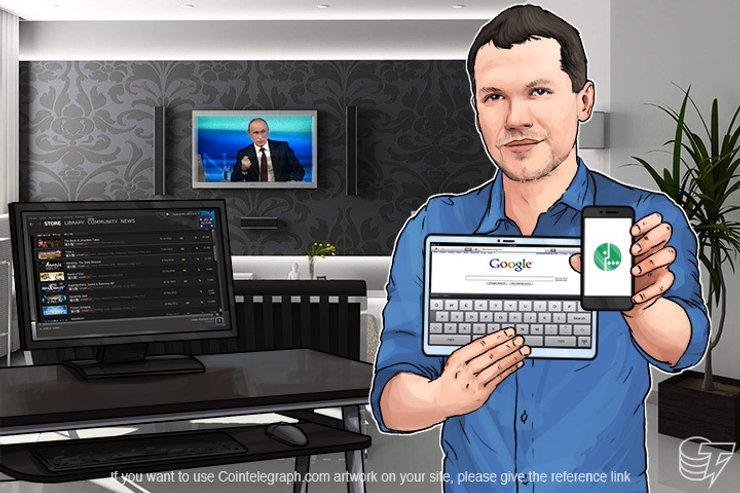 Russian citizens can now pay their bills for internet and mobile phones with Bitcoin. Megafon, Beeline and other popular operators now accept Bitcoins through such services as Cryptonator and 7pay.in. Such services can make Bitcoin more attractive for ordinary Russian users.

Cryptonator also offers payment options for popular online games, such as World of Tanks, Perfect World and others. Besides, they can use Bitcoins to replenish their accounts in popular Russian social networks and Skype.

However, the service doesn’t make Bitcoin payments directly. They take Bitcoins, then convert it to RUR according to the system’s internal rate and only then send the money to the final destination. the main thing that distinguishes Cryptonator from its competitors is that they work without fees.

However, Vladimir Dubinin, COO of Distributed Lab, thinks it’s impossible to provide such a service without fees. He stated to Cointelegraph:

“If they have zero payment fees, than means only that fees are included in their internal exchange rate. One way or another, but fees are always there”.

Who is the Best?

Cryptonator is not the first service that allows users to pay bills with Bitcoin. 7pay.in has operated for three years already, offering its customers both a Bitcoin exchange and a service to pay internet and mobile phone bills.

The peculiarity of 7pay.in is that they don’t hold customers’ Bitcoins which provides additional safety. According to the service’s founder, Dmitry Yermolaev, “they earned trust of  3176 users of CIS countries”. He told Cointelegraph:

“Maximum of what we do is we keep the change from transactions on client’s balance and add that to the next payment”.

The other interesting thing about 7pay.in is that people can view all processed operation statistics on the site which adds additional transparency. Besides, there’s no need for registration procedures or passwords which provides more simplicity.

However, Russian experts stay rather sceptical about such services as they think they are not designed for users that are unfamiliar with Bitcoin. It can be a useful option for those who already use and trust in Bitcoin but it’s not enough to attract users from outside the industry.

According to Dima Vollo, developer of BitcoinFamily.org, Russia, “such services should offer something that would attract ordinary users, they should make Bitcoin payments simple, cheaper and more convenient than traditional payments as most users will prefer the way of payment which involves only several mouse clicks”. He told Cointelegraph:

“The main mistake of such services is that they are oriented on the customers that  already use cryptocurrency. And that is the direct way to failure. If they want to succeed in a long-term prospect, they should offer obvious advantages of crypto payments over traditional payments. That will attract new users into the sphere and only then will it promote wide adoption of Bitcoin among Russians”.

Russia is famous for its controversial treatment of Bitcoin. The Russian government tried to ban Bitcoin related sites, and the cryptocurrency itself was against the law for some time. However, recently there was a bill that legalised cryptocurrency as a “cash equivalen