A 0.2% Credit Card Fee in the EU Will Not Undercut Bitcoin (Op-Ed)

The European Union (EU) Parliament, on the advice of Pablo Zalba, will vote on Tuesday, March 17, on whether credit card transaction fees should be arbitrarily capped at 0.2 %. The legislation, which would govern both domestic and cross-border transactions, is being pushed as a “cost saver” for consumers and retailers. 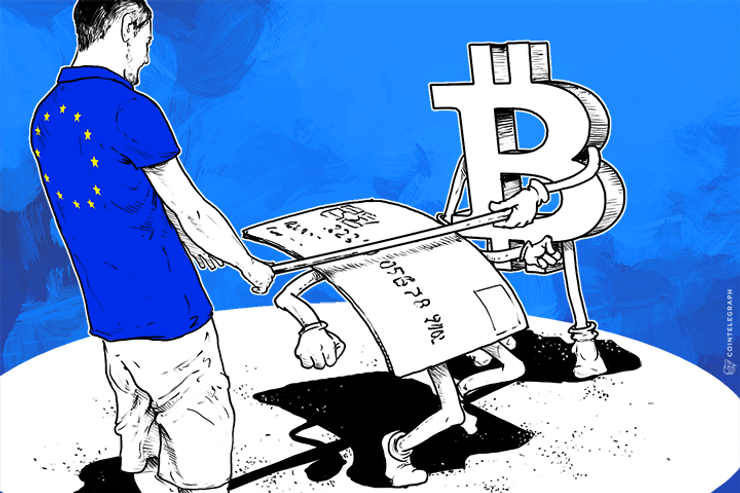 The European Union (EU) Parliament, on the advice of Pablo Zalba, will vote on Tuesday, March 17, on whether credit card transaction fees should be arbitrarily capped at 0.2 %. The legislation, which would govern both domestic and cross-border transactions, is being pushed as a “cost saver” for consumers and retailers.

Some are now asking if this fee cap would weaken the use case for Bitcoin in Europe. After all, one of bitcoin's major selling points is how low its fees are: about four euro cents to send any amount. But 0.2 % of any amount up to €19 is less than four euro cents. So would the Parliament's dictate make the euro cheaper than bitcoin for making small payments?

(If the idea of a bureaucracy-laden third party being cheaper to use than a nimble Internet protocol seems absurd to you, read on.)

The worriers need not fear. The EU credit card fee cap would actually be just another nail in the coffin of the euro itself. The reason? Fee caps are an act of price fixing, and price fixing is bad news.

The concept is pretty self-explanatory: price fixing occurs when a state insists that the price for a given good or service must be frozen in place (in this case, a service). The price fluctuations that would naturally occur from changes in supply and demand are then completely stifled.

Price fixing leads to predictable – and negative – economic consequences. The euro will likely see the following three results (at minimum) if the EU's fee fixing materializes:

1. State subsidies for poor performance – A capped fee for services means that credit card companies will lose their main incentive for good business practices: profit. Only through offering better goods or services than their competitors can businesses ever hope to make more profit.

But if forbidden from charging more money for superior services, the EU's credit card companies will never even attempt to develop better services. Why would they?

Furthermore, if their expenses ever increase and the low fees no longer bring in the revenue margins they expect, it's highly likely that the credit card companies will receive state subsidies. One need look no further than the too-big-to-fail bailouts in the US in 2008 for the blueprint.

2. Less competition in payment processing – When a new business starts out, sometimes they charge more than larger businesses while they're working to develop an economy of scale. The EU's price fixing all but guarantees that no new competition will ever be able to enter the credit card market there.

This is great news for existing credit card companies, who can sit comfortably back on their laurels, confident that no new fancy upstarts can afford to compete for their established customer base.

And the pool of credit companies isn't likely to remain stagnant, either – it will probably shrink. Proponents of the price fixing have even acknowledged this, like <a href="end-to-opaque-card-payment-fees/" rel="nofo