Sorry — But Bitcoin Can Still Drop to $2.7K While Everyone’s Bullish

Bitcoin price could drop by 64% from here despite the May 2020 halving based on a historic indicator that suggests BTC may be in the middle of a bear cycle.

As the Bitcoin price (BTC) begins to slowly ascend, the question on everyone’s minds is whether the latest bottom is in, or whether there is more pain ahead.

In this article, I will aim to provide some insight as to what one can expect based on the information from the charts. 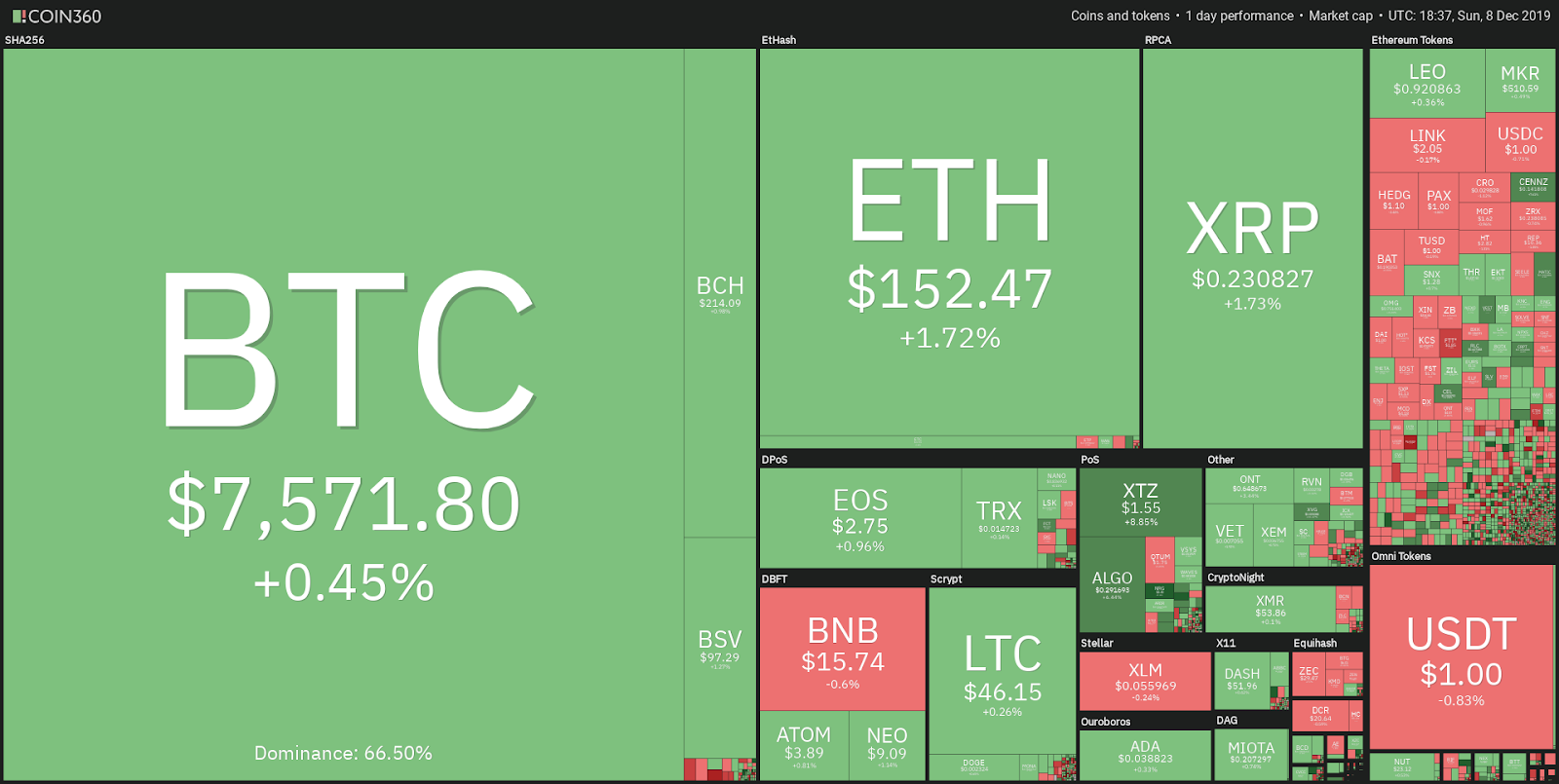 Lower CME gap to be filled 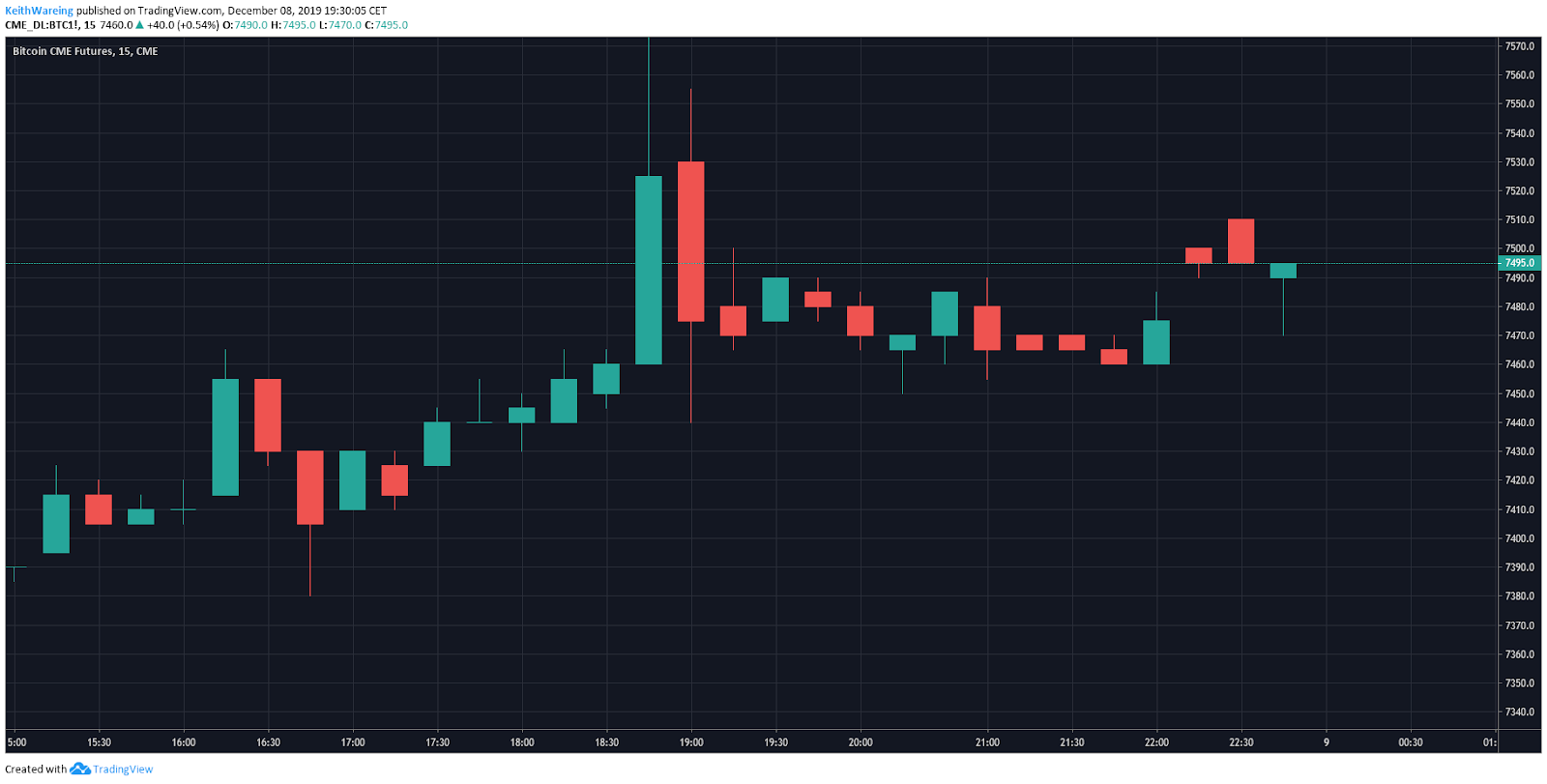 In last week's analysis, I pointed out that the CME gap was higher than the weekend price, 7% higher in fact, and as expected this gap was filled on Dec. 4 as a $560 candle appeared out of nowhere taking the price from around $7,240 to $7,800 in a matter of minutes.

One thing that is worth noting here is that although the Bitcoin price experienced this explosive move, the price was only maintained for a few hours, before returning to its previous level. With this in mind, let’s consider the gap that needs to be filled this forthcoming week.

The Bitcoin price closed on the CME Futures charts at $7,495, and at the time of writing this Sunday evening, Bitcoin is trading at around $7,514. With barely any difference in the price this week, the CME gap filling will not be something so easy to spot unless, of course, the price of Bitcoin continues to rise.

If Bitcoin gains $200-$300 or higher throughout the week, those in longs should keep an eye on $7,495 to avoid any unpleasant repercussions. But what else could be in store this week? 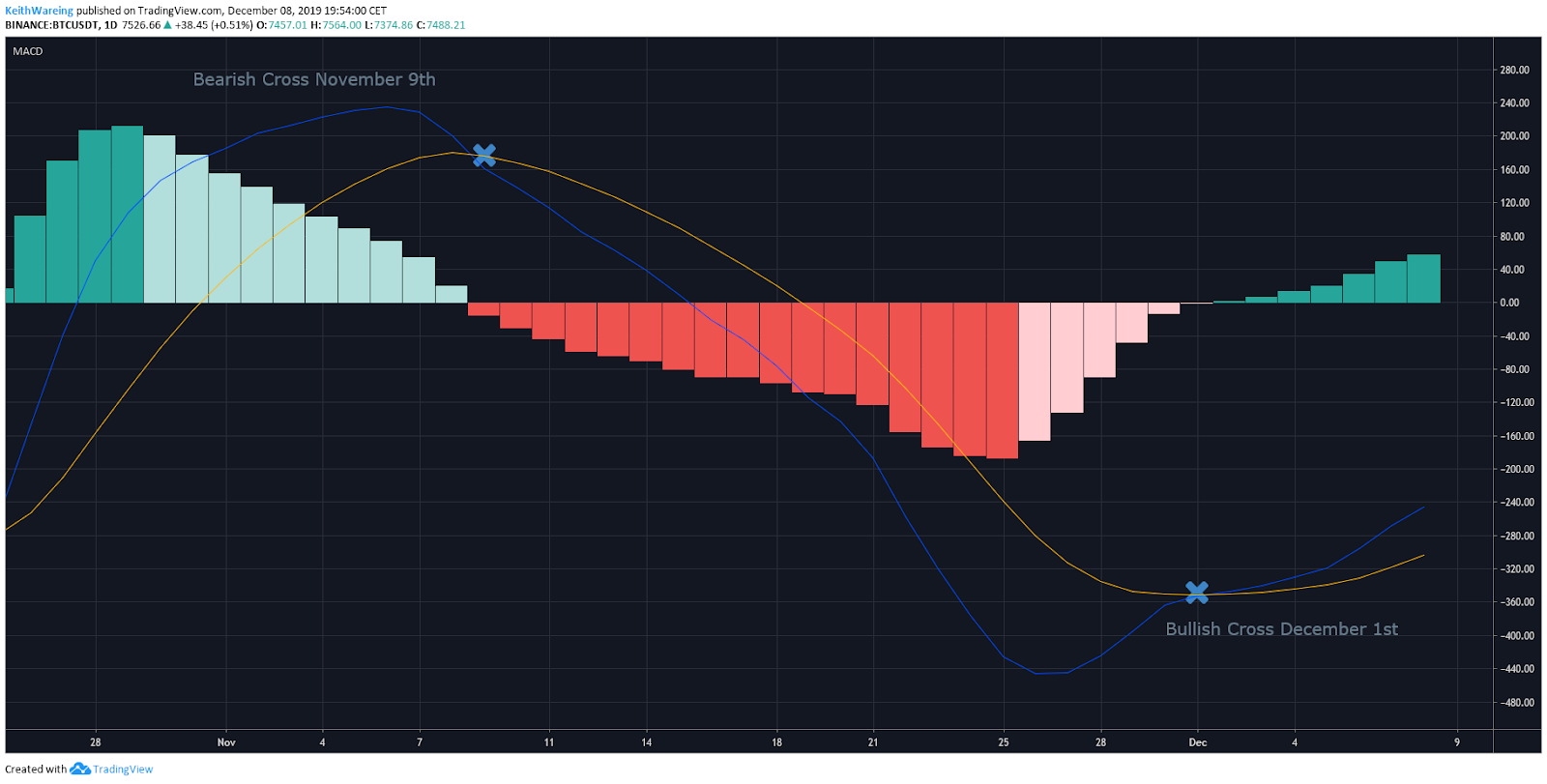 Again, looking at last week’s outlook, the moving average divergence convergence (MACD) indicator looked poised for a bullish cross. As can be seen from the chart above, the cross occurred marking the end of the current bearish trend that the digital asset had been experiencing since the MACD crossed bearishly on Nov. 9.

Whilst the MACD cannot give an expected duration for the next bullish phase, it is at least moving in a northbound direction for the time being. What one would hope to see next is this being replicated on higher time frames as it is the weekly MACD that spells elation or doom.

The weekly MACD is still bearish 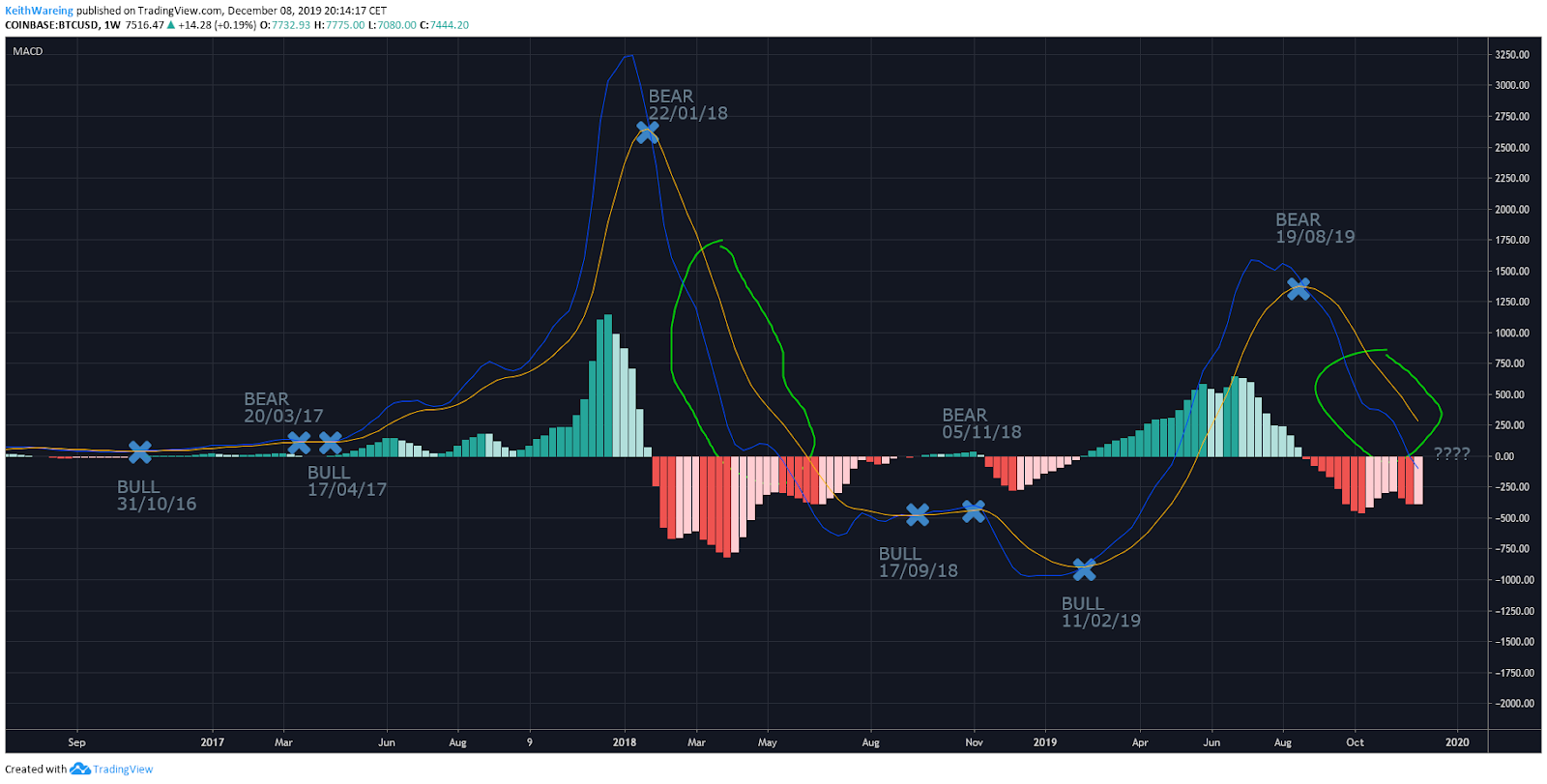 The weekly MACD is quite possibly the best indicator one can use when attempting to time when to buy and sell Bitcoin. Since October 2016, there have been just 8 crosses. Four bullish and four bearish, and we are currently awaiting a bullish cross.

What concerns me about the current pattern on the MACD is that it currently mimics that of the same pattern around April/May 2018, a period that many may recall was full of crypto twitter experts calling the bottom.

However, what happened next was 10 more months of a bearish trend. So is Bitcoin going to experience this yet again so soon? What about the miners? What about the halving? What about the stock-to-flow ratio that people are ramming down our throats as just cause for another bull run?

Well, I decided to see if any other indicators correlate, and it turns out, they do. 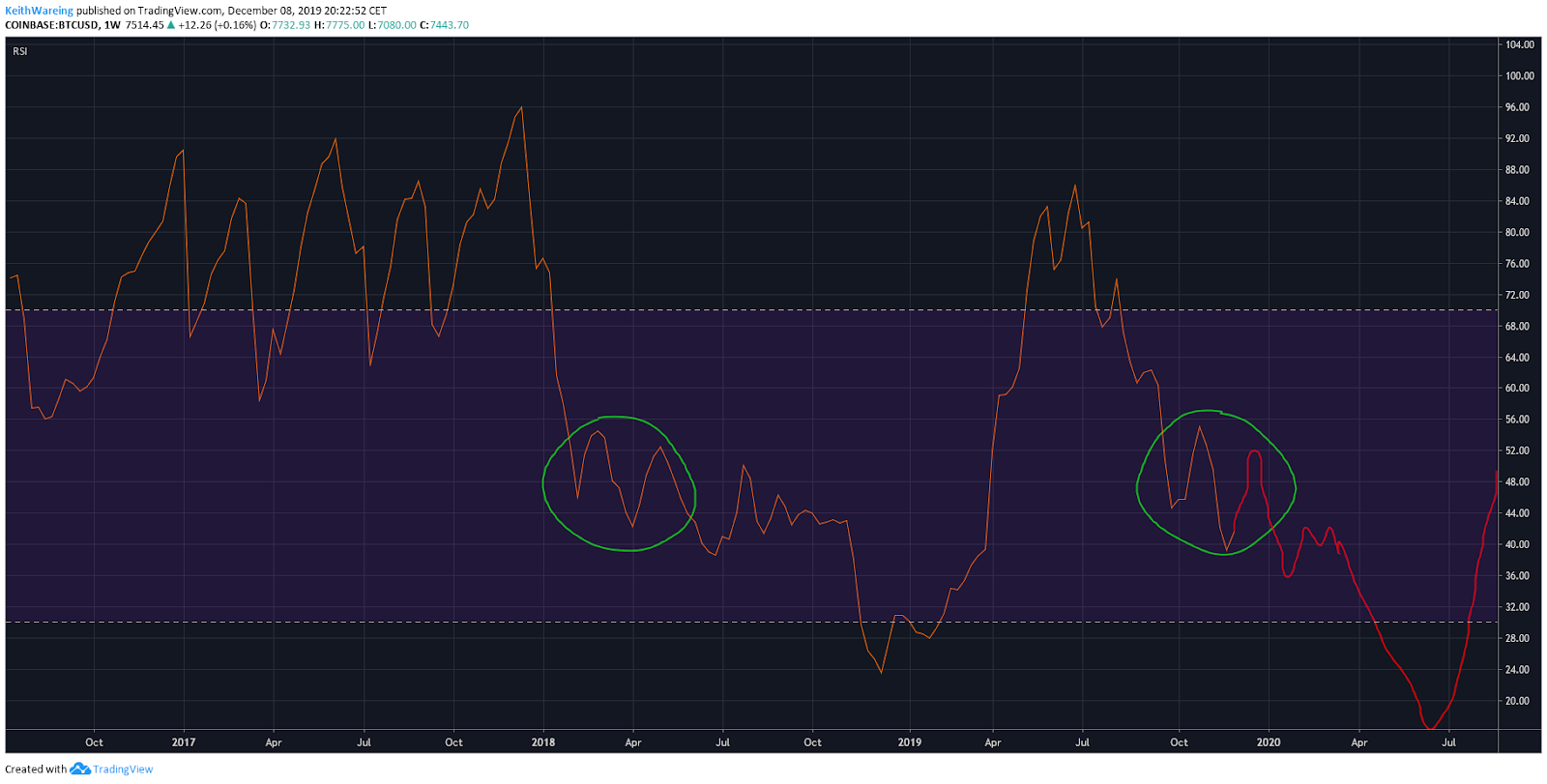 This is quite interesting, considering the mining reward halving falls at the same time; and historically the price of Bitcoin typically increases after, not before the event.

Thus, for now, there could still be validity in the stock-to-flow ratio argument as well as the mining reward halving impact. But how much did the Bitcoin price fall during this last phase? Can that give us an indication as to what price the bottom could be?

However, history has no real reason to repeat itself. Yet for some reason, it does tend to rhyme, so perhaps the next few months are only going to get worse for the digital asset.

Is there a bullish scenario? 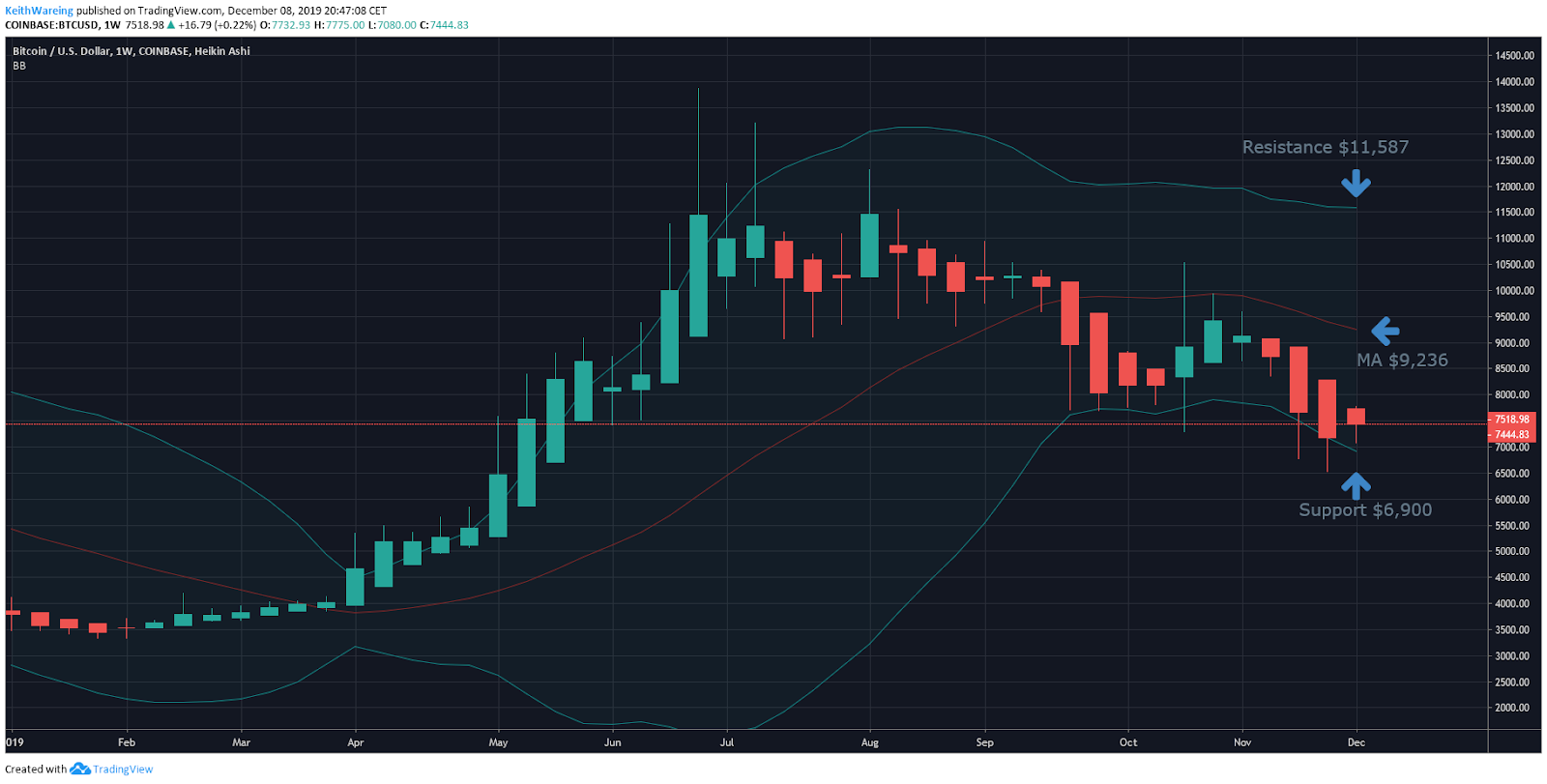 Last week provided lots of opportunities for Bitcoin to begin to approach the $10,000 range once more. But sadly, after the CME gap was filled, the price failed to hold up. As such, Bitcoin needs to maintain its price above $6,900 which is shown as support on the weekly Bollinger Bands (BB) indicator to have any hope of regaining some of its value.

Should the BTC/USD increase throughout the week, the resistance I see as key for the bulls is around $9,200, which could then flip the Bitcoin market bullish.

I don’t think I need to repeat the bearish scenario. The $6,900 level must be defended. Should this price breakdown, I expect an aggressive sell-off to lows around the $2,700 region over the next 5-6 months.