On November 3, two robbers stole a Lamassu Bitcoin ATM at the Village Smoke Shop in Atlanta, Georgia, according to local news website Clatl.com. 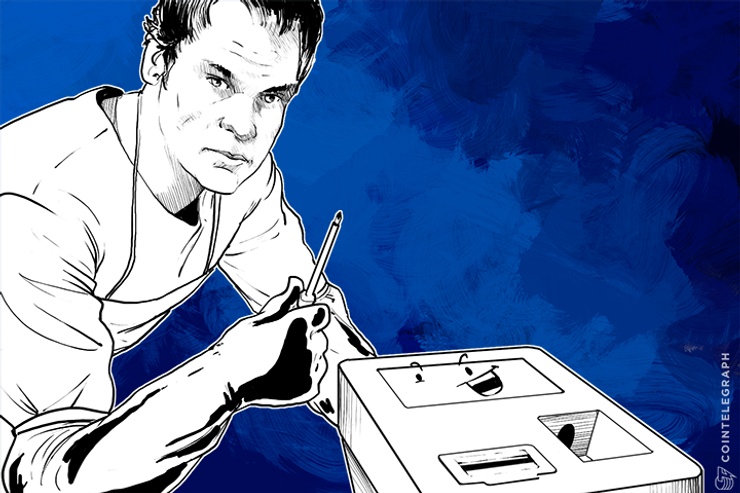 On November 3, two robbers stole a Lamassu Bitcoin ATM at the Village Smoke Shop in Atlanta, Georgia, according to local news website Clatl.com.

According to Atlanta’s Police Detective Scott Bowers, the thieves got away with Bitcoin ATM (also called BTM) filled with about US$2,000 as it was recently emptied. What’s more is that one of the perpetrators fired a gun shot, though luckily no one was injured.

It seems that the thieves wanted to get their hands on this machine in particular. Amanda McCollum, an employee in Midtown's Village Smoke Shop, witnessed the crime. She saw that the suspects “walked in, went straight to [the Bitcoin ATM], took it and only it, and walked out.”

However, stealing a Bitcoin ATM is not a good idea. While a Lamassu Bitcoin ATM itself is valued at US$7,000, the criminals would not be able to re-sell it because it is registered to the buyer with serial numbers linking them to the original owners. Moreover, no one except the owner will be able to get any bitcoins from the machines while most BTMs don’t hold a lot of cash inside as a rule.

Nevertheless, one must be cautious when installing a small BTM in the shop and security measures must be taken to prevent theft.

“Thieves see these as machines that have a lot of cash in them just like a traditional ATM machine which obviously they are not. You need to make the machines very difficult to steal. This is exactly why having a small lightweight machine that is a vault for cash is a bad idea. One of the reasons CoinOutlet went with a large heavy model is based on years of experience with traditional ATMs where people would snatch and grab them making the almost impossible for anyone to steal. This incident is less about Bitcoin ATM. They are steel enclosures so they also aren't easy to get into and we also have a vault inside to protect the cash.”

While this is the first case of a BTM robbery in the US, it is not the first. In the beginning of year, Cointelegraph reported how two BTMs were stolen in Amsterdam in one swoop. One of these machines was a two-way BitAccess BTM from Thai restaurant and the second was a one-way General Bytes BATMtwo from a local cafe, which also served a dual role as the Bitcoin Embassy Amsterdam.

“We will just need to be a bit more selective on where exactly to place them,” said the owner of the General Bytes BTM, Martin Wismeijer, who’s also known as Mr.Bitcoin. “On top of that, newly placed BTM's will all be insured against theft.”