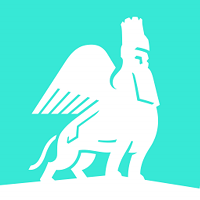 Lamassu is a company that produces Bitcoin ATMs. The company was founded by Zach Harvey, Josh Harvey and Matt Whitlock in 2013. The main purpose of Lamassu is to create compact Bitcoin devices for making purchases that will meet the requirements of the growing Bitcoin market. By 2014, over 200 Lamassu Bitcoin ATMs had been sold and currently there are over 3,200 Labassu ATMs set in 70 countries all over the world. At first, the machines had abilities only to sell Bitcoin without the possibility of converting it into fiat currencies. Nevertheless, in 2014, the company announced that the ATMs were able to handle deposits and withdrawals similar to the rivals of Lamassu. Lamassu also has applications for both Android and iOS that allow users to find the closest ATM and check details about its limits and fees.
Editor’s Choice
Advertise with us