Next-generation decentralized social network Synereo has announced its partnership and integration with US social communications platform Splicious following the unveiling of its first tech demo. 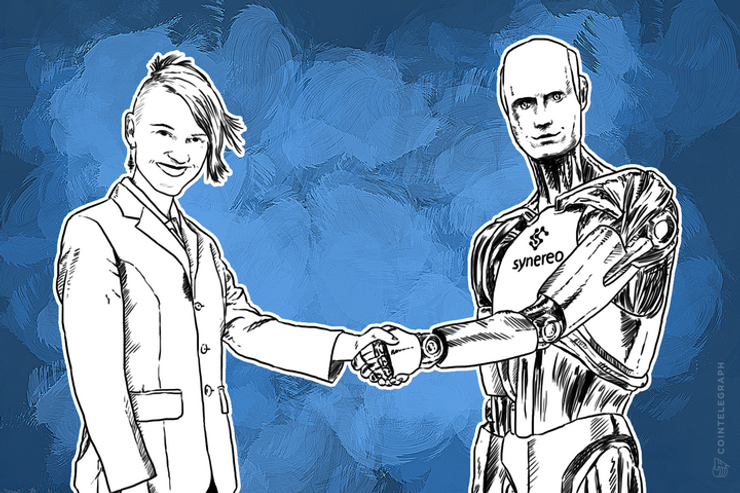 Next-generation decentralized social network Synereo has announced its partnership and integration with US distributed communications platform Splicious following the unveiling of its first tech demo.

The deal has seen Splicious architecture incorporated into the Synereo backend, providing what developers describe as a “perfect fit” with Synereo’s Attention Economy. Splicious’ cryptocurrency integration will further allow the new backend to seamlessly use AMPs, Synereo’s own currency.

“Splicious needed an attention economy model to mature which Synereo had already been developing, and we found their unique P2P stack to be the most suited towards making the decentralized social network a reality,” Synereo CEO, Dor Konforty, said in a press release issued this week.

Splicious as a project was in development for several years prior to coming on board with Synereo, having accrued both interest and investments currently totaling US$3.2 million. Its tech stack is already powering existing commercial services, but the Synereo project is the most ambitious one to date.

“That’s where the emerging cryptocurrency movement suddenly came into play,” Splicious founder Greg Meredith, who joined Synereo as co-founder, commented in the press release. “With Bitcoin and other cryptocurrencies we could provide a distributed network that is self-sustaining. That realization facilitated the talks with Synereo, which was already at the forefront of this model.”

Konforty explained to Cointelegraph via email about the background to the partnership:

“Synereo had similar ambitions to Splicious, but we started from the top: the model governing how information flows through the network, based on the economy of attention. I scoured the net for the tech stack/architecture that would best suit this vision, and found the perfect match in Splicious and their unique approach to creating a peer to peer network.”

The P2P element of Synereo translates as a variety of control options for users, which are delivered via AMPs. Users can support sources providing content they consider valuable, while also spreading their own messages and content. Content creators by extension can control who sees their content, while any reshares result in a portion of the income going to the curators.

“By building on Splicious architecture, we’ve been able to create a working prototype with a feature set that ensures privacy, equality, freedom,” Konforty added. “We’re very proud that together we’ve been able to live up to each other’s ideals, and more.”

Meanwhile, Synereo has made changes to the ways in which AMPs are linked to USD, adopting a sliding scale akin to many projects whereby each AMP is more expensive than the last. The longer investors hold off on purchasing, the more expensive it becomes to purchase AMP. Early adopters having already made purchases will by the same token see the value of the purchases increase.

Similarly rewarding for early bird users is Synereo's bounty program, which rewards users who test out the prototype and report any issues, or help complete various tasks. It is also currently offering invites to its Slack channel to any interested potential user here.

“We're going to set up many types of bounties and hope to see involvement from our supporters,” Konforty said. “We want people to start getting a feel of Synereo - play with the bits, contribute their ideas, and provide us with their feedback as we develop the next-gen of social networking.”