The Alt-Cracks: Altcoin Stories That Fell Through The Cracks

Today, we have problems arising after Darkcoin's Darksend went open source, Charlie Lee dropping big hints about Litecoin, Unobtaium celebrates its birthday and a few releases and NXT is prepping for a big October. 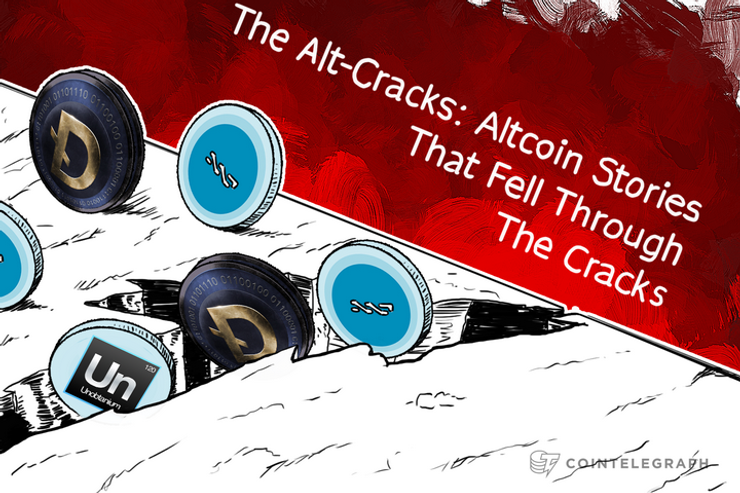 The second week of the Alt-cracks is a little late in coming, but as dozens of developers of dozens of coins tell their communities when features miss their target release date: better late than never.

Today, we have problems arising after Darkcoin's Darksend went open source, Charlie Lee dropping big hints about Litecoin, Unobtaium celebrates its birthday and a few releases and NXT is prepping for a big October.

Darkcoin has been in the news a lot recently. First there was the price crash, then the price jump as it went open source.

Now, we are seeing the first results of moving toward open source. An exploit of Darkcoin has been found that allowed users acting as the supernodes that anonymize the network to grab more coins than was owed to them. The hacker who found the exploit posted about it and also had disparaging remarks about Darkcoin's code, calling it “Spaghetti code.”

Disparaging remarks aside, Darkcoin developers seemed appreciative of the hacker pointing out the flaw, and it was fixed in roughly ten minutes. Detractors were quick to point out that had Darkcoin's Darksend feature been open-source from the start, these kind of problems would likely have already been ironed out.

Web-famous security researcher Kristov Atlas did give the code a tentative thumbs up after his review shortly before the code's release. However, as one bitcoin talk user points out, all the security reviews in the world can't compare to the infinite eyes that come when a project goes open0source.

In other (better) Darkcoin news, the coin is now accepted at ccedk and will have trading pairs with the Euro and Russian Rubble.

Litecoin is celebrating its third birthday this month, and it may have a very big present coming soon.

Charlie Lee, the legendary creator of the world's second most popular cryptocurrency, has been quietly dropping hints that Litecoin may finally be making its way to Coinbase. He started by having a bit of fun with the member of the litecointalk forum by posting this link. Initially, the link said Litecoin payments were coming, then it changed to something that we have been unable to confirm, before finally changing to what it says now “of course it's me” posted after users questioned if Charlie really had control of the page.

None of this is confirmed, of course. And it likely won't be confirmed until either Coinbase or Charlie Lee is ready to let us know. It is worth noting that Toshi.io, which is used by Coinbase, now supports Litecoin.

It should also probably be noted that Charlie Lee has a long history of participating in some mostly harmless trolling fun with his community, so I wouldn't start setting up your bank account with Coinbase to buy some Litecoins just yet.

Litecoin isn't the only cryptocoin celebrating a birthday this month. Unobtainum is celebrating its one-year anniversary and has a few things in store for the month ahead.

First, is the coin's upcoming reward halving. Unobtainium is an exceedingly rare coin, and once this adjustment takes place that will be even more the case. This should, in theory, cause the price to rise significantly, but of course, it all depends on investor interest. It is possible anyone who cares already knows and already factored that into their speculated price. On the other hand, there are an incredibly large number of cryptos out there to keep track of, and when Unobtainium cuts its rewards drastically, if the sea of speculators don't notice until after, the rewards for those that noticed earlier could be great.