The Market Perceives Positive Sentiment Heading Into the 2020 Bitcoin Halving

The perpetual funding rate serves as a useful indicator to gauge overall market sentiment. When the rate is positive, long positions periodically pay short positions and vice versa. Funding rates also tend to correlate with market sentiment, meaning that when the market is strongly bullish or bearish, funding rates tend to be positive or negative, respectively. 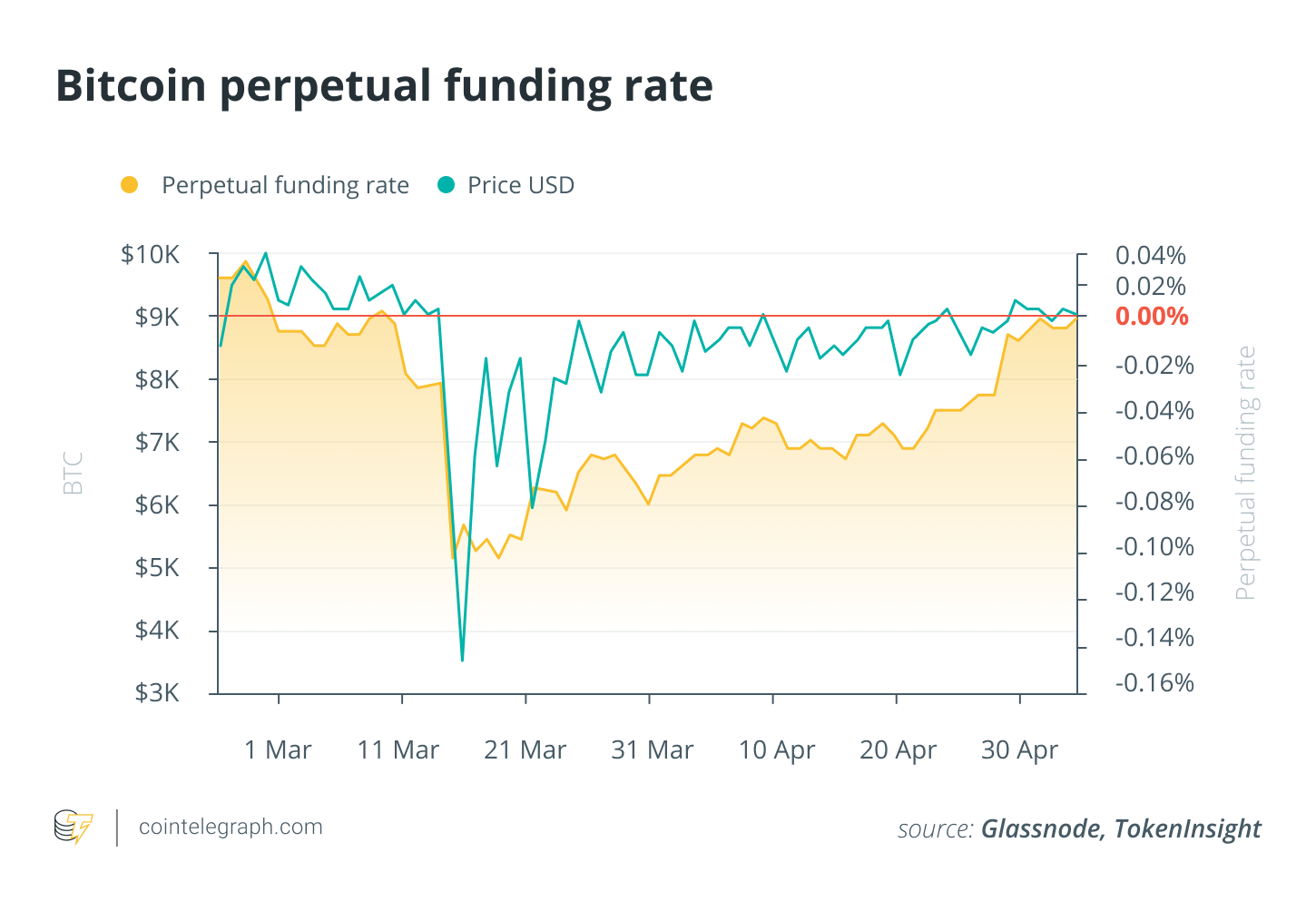 Put–call ratio as a contrarian indicator

Traders are consistently buying put options, as indicated by the put–call ratio rising since the market crash in mid-March and reaching a three-month high. Generally speaking, a rising put–call ratio indicates bearish sentiment in the options market. However, I hold the same perspective as Matt D’Souza, a hedge fund manager at Blockchain Opportunity Fund, which is that a constantly rising put–call ratio could be interpreted as a bullish indicator, thus acting as a contrarian view that traders are bullish for Bitcoin’s price and are holding Bitcoin and buying put options as hedges and insurances rather than speculation. As D’Souza said:

“A rising put to call means many investors are buying downside protection. I love it as a contrarian indicator. So when put/call gets extreme or greater than usual, I actually get bullish because I take a contrarian position. I like to do the opposite of the herd. This is most importantly, take the other side for the most part when the ratios go too far in either direction.” 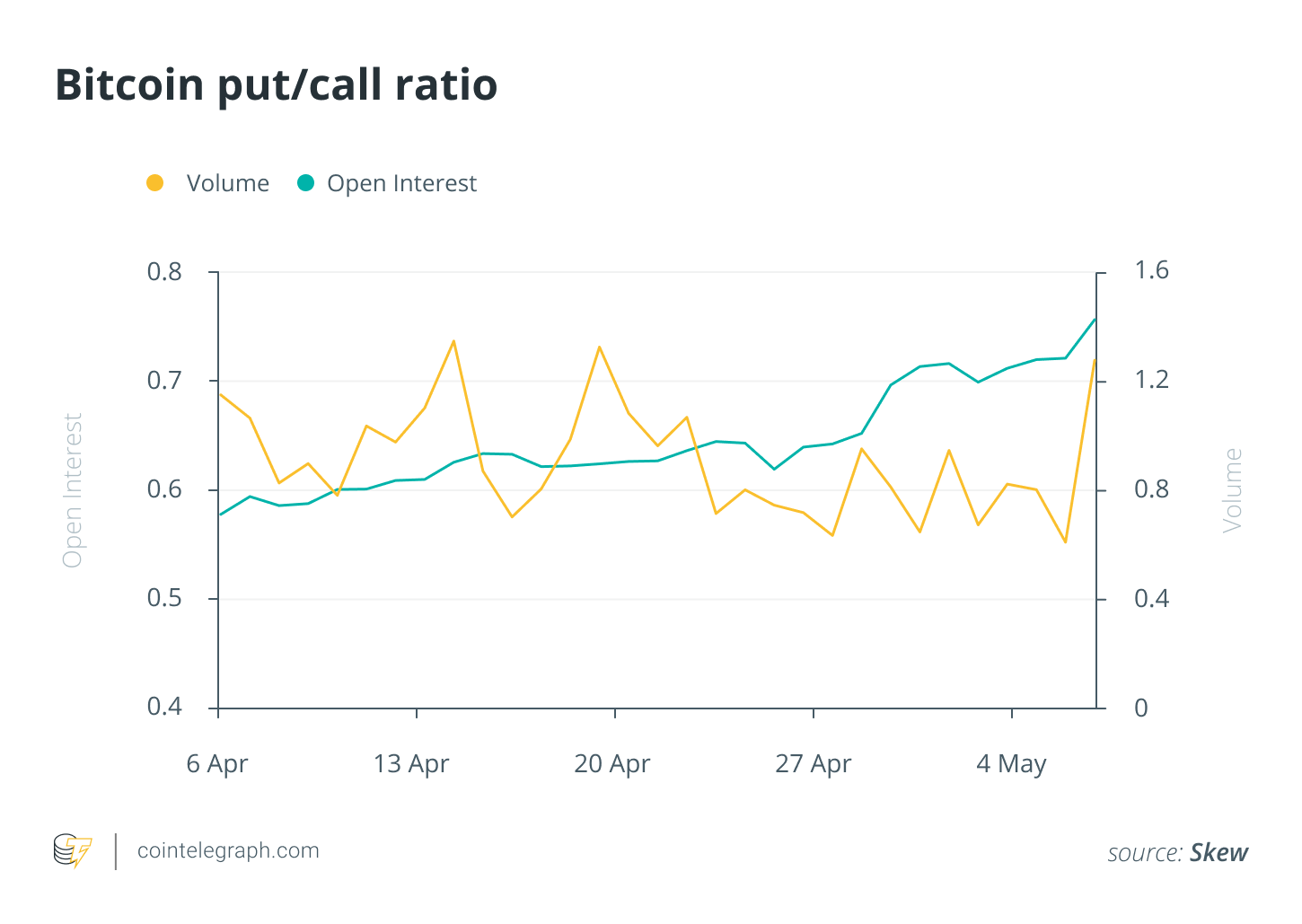 The Bitcoin options flows can also confirm the belief that traders are buying options for the purpose of hedging, as there are more put buyers than put sellers in volume. If there is significant volume on the sell side, it reflects market participants’ concern about a potential market downturn. 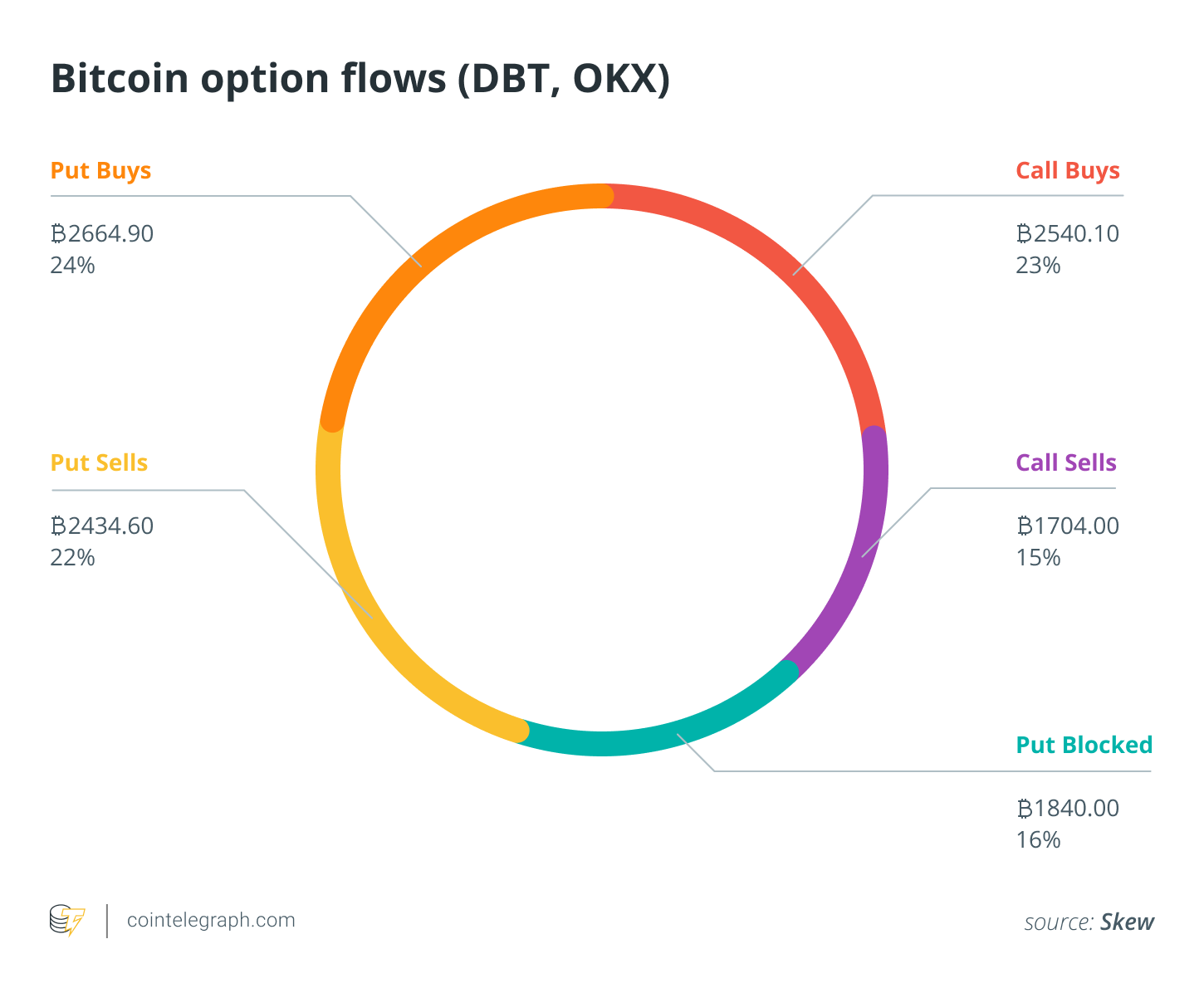 The Spent Output Profit Ratio, or SOPR, has broken and stayed above 1 as the market recovers from the Black Thursday crash.

During March and April, values of SOPR above 1 were rejected, indicating a micro bear market. However, as the market approaches the May Bitcoin halving, we have seen SOPR values from the last week of April break 1 and reject going below 1. 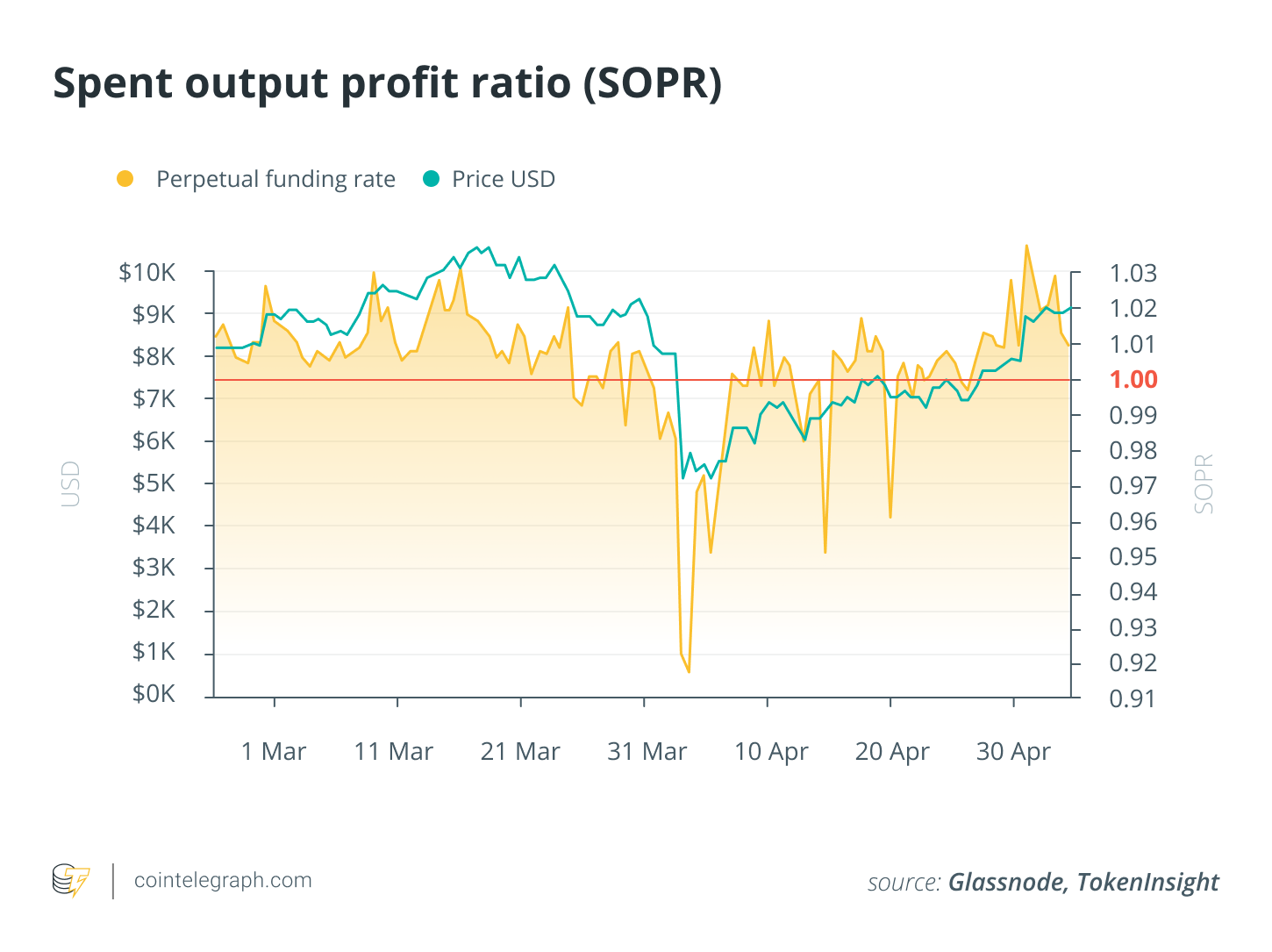 People, in general, are much more comfortable selling when they are in profit. When the market sentiment turns positive, people are reluctant to sell at a loss, thus an SOPR below 1 is rejected.

As the world is fighting off the COVID-19 pandemic, it is also worth considering this global situation. We believe there is still significant market uncertainty ahead, especially going into the halving, which has coupled with that uncertainty.

The market data points toward a positive but relatively weak sentiment, possibly indicating the market is cautiously optimistic about the current market structure.