Japan’s Bitcoin trading figures may represent the case of Japan betting on Bitcoin. Should we take this with a grain of salt? 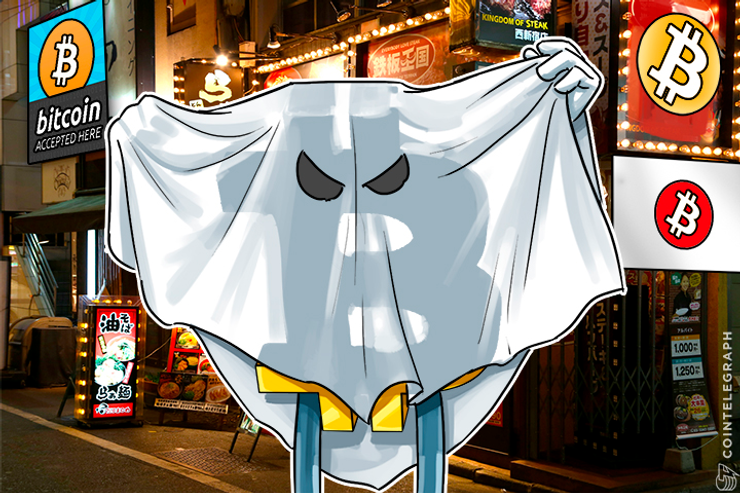 Japan is an interesting country when it comes to Bitcoin. Not only does Japan treat Bitcoin like money, it is all set to end the sales tax on purchases of cryptocurrencies this spring.

What is more interesting lately, however, has been the surge in Bitcoin trading volumes in Japan.

While China is easily the leader in Bitcoin volumes, what is going on with the Japanese volumes is an interesting story itself. It would come as no surprise that it closely mirrors the mysterious case of the Chinese volumes.

In order to understand what is going on in Japan, we talked with Kagayaki Kawabata (Kaga), Business Development Lead at Coincheck.

He attributed the rising volumes to the legislative initiatives to be taken soon in Japan. There is a turnaround in the perception of the Japanese around Bitcoin it seems. Kaga says,

“One major factor that boosts the trading volume of Bitcoin is the new virtual currency law which will be enforced by this spring in Japan.  After this announcement various large media that once negated Bitcoin started to feature Bitcoin again, this time as an innovative technology. After the Mt. Gox incident the media broadcasted Bitcoin as a tool for money laundering. Japanese national TV shows and newspapers such as NHK and NIKKEI featured stories about cryptocurrency expanding awareness to the general public, bringing in various users with a diverse background ranging from college students to the elderly.”

There are others though who are less sure of whether these volumes are authentic or not. The rise of trading volumes could represent something completely different.

Maybe the volumes are just the salting of the mine to attract more ‘investors’.  Takao Asayama, CEO of Tech Bureau Corp (Zaif Exchange) stated:

“I am not so optimistic about this.  Since most of the exchanges take no fees here, it makes it so easy to fake numbers for them.  My estimation of the actual volume is less than 30 percent.  I see this as a not so healthy situation as the market looks much bigger than what it actually is. When all gets revealed, it would look like the market size shrunk.”

“Some are paying a few users a lot to make the most of the volume, and others are building order books from their own pocket.  This means this chicken game would end sooner or later as their stamina drains out.”

“While Bitcoin exchange startups are doing that, new Japanese laws will be implemented starting this April. As a response starting around the fall season all Forex businesses would jump start Bitcoin trade with their own existing customers. I still see this leading to chaos here, it would take some more time for the storm to go away.  All I hope is what will be left is a clean and big market built under that storm.  Since my primary business is Blockchain software distribution while at the same time being one of the exchanges, I am kinda enjoying observing the situation.”

There have always been allegations that exchanges are pumping up the volume numbers in China. Just like in Japan, the Chinese exchanges take no fee either.

While the People’s Bank of China (PBOC) has come down hard on Bitcoin players in China effectively shutting down the high limit margin trading business there, things are still to catch up in Japan.

As Takao Asyama puts it, “I think Japanese Bitcoin traders see the Chinese market as a barometer for the Bitcoin price trend. It was a big headline here about that but no big reactions here. This time Chinese exchanges have quit margin trades, but Japanese regulations are not catching with that either. This means the same thing could happen here in Japan but I believe it will not be that sudden or extreme.”

While the trading volumes may be completely misleading, the real proof of the Bitcoin pudding is in seeing how it is being used in the country. While Takao Asayama was of the view that people either use Bitcoin in day to day life either because they love it or because they want to use the crypto without exchanging it to fiat.

He thinks it would be difficult for Bitcoin and others to compete with e-money services which have millions of users but he thinks there can be another use case: