Cointelegraph asked crypto leaders about their favorite books and compiled the top 10 to read in 2020.

At the end of 2019, Cointelegraph collected an interesting and sometimes unexpected selection of books from people without whom the world of cryptocurrency and blockchain would be completely different.

Tyler and Cameron Winklevoss, Changpeng Zhao, John McAfee, Grigory Klumov and the Cointelegraph team shared the most interesting books that they read in 2019. These recommendations are for those who want to immerse themselves in the crypto industry. They also aim to help readers understand the ideas that have influenced the worldview of these industry leaders.

Here are the top 10 books that the best crypto minds of our time recommend reading.

“The Man Who Solved the Market: How Jim Simons Launched the Quant Revolution” by Gregory Zuckerman 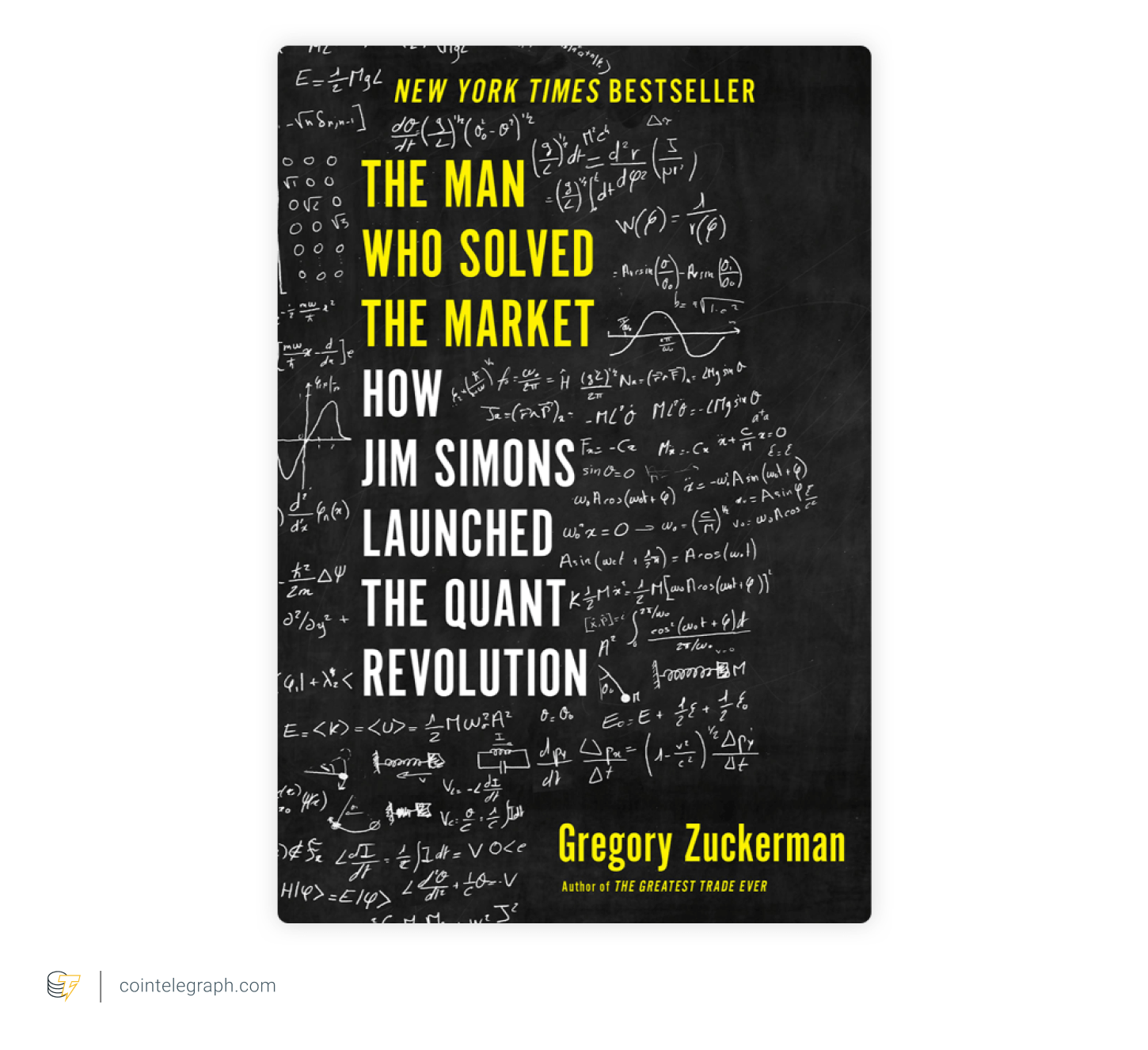 “I was in hedge funds for more than a decade and read every single book I could find about them since it was a pretty secretive industry that protects it secrets to make money. So there is one outstanding track record in the space that everybody knows about fact wise but very little about actual secret sauce behind it. It was exactly the reason I liked the book ‘The Man Who Solved the Market: How Jim Simons Launched the Quant Revolution.’ The story part is still strong and I would gladly advise it to anybody who follows markets, especially algo traders.” 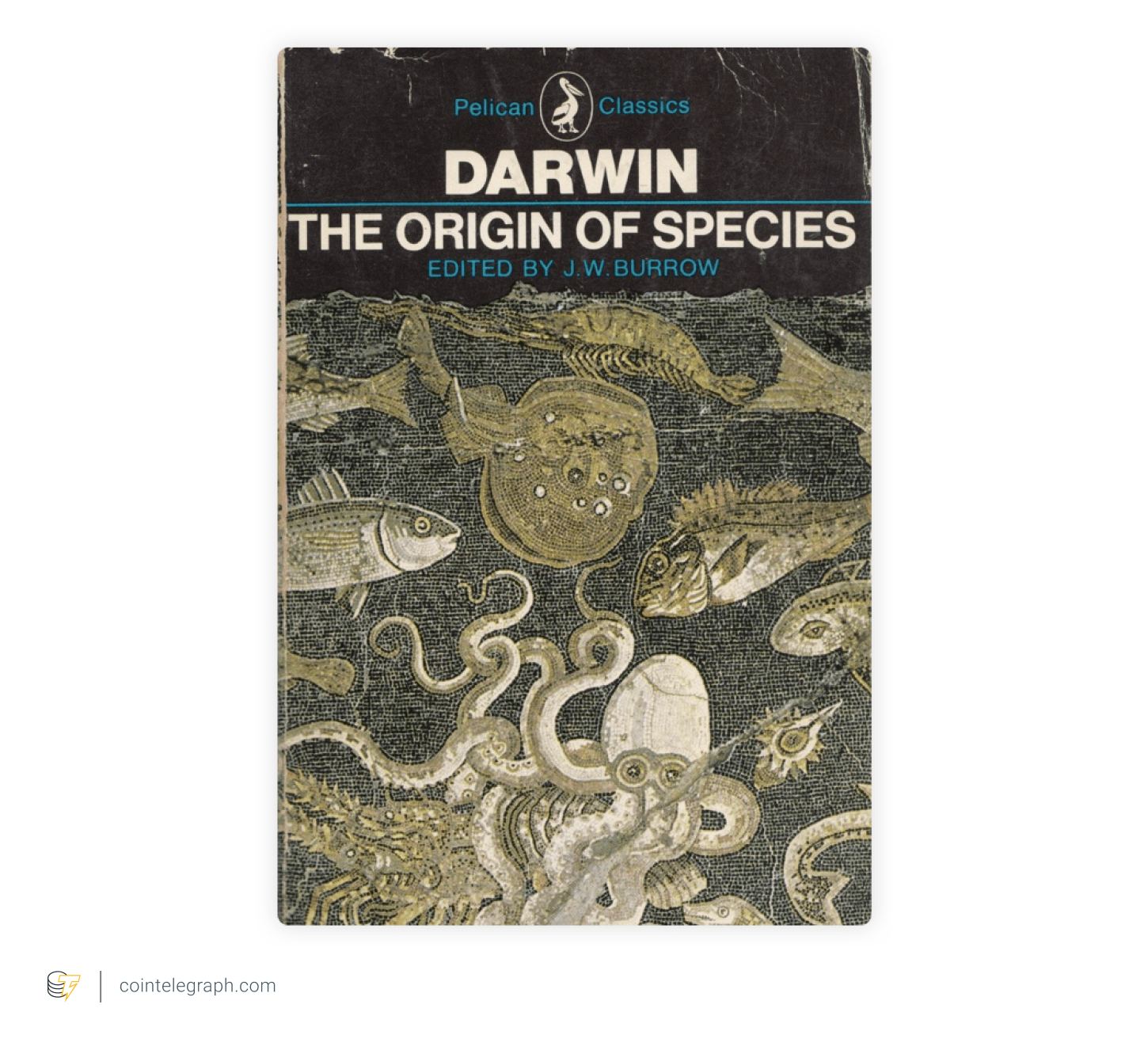 “Charles Darwin's ‘Origin of Species by Means of Natural Selection.’ It is the most detailed work ever on the mechanics of competition, survival, adaptation to changing environments and growth — the fundamentals of the business world. Businesses are composed of organized collections of individual members of the human species. Businesses therefore act in manners identical to the character of the human animal. They follow the same principles. Businesses begin, grow, flourish or disappear. They follow the laws of evolution exactly as species do. If you are in business and have not read ‘Origin’ from cover to cover multiple times, then you are a fool.”

“Bitcoin Billionaires: A True Story of Genius, Betrayal, and Redemption” by Ben Mezrich 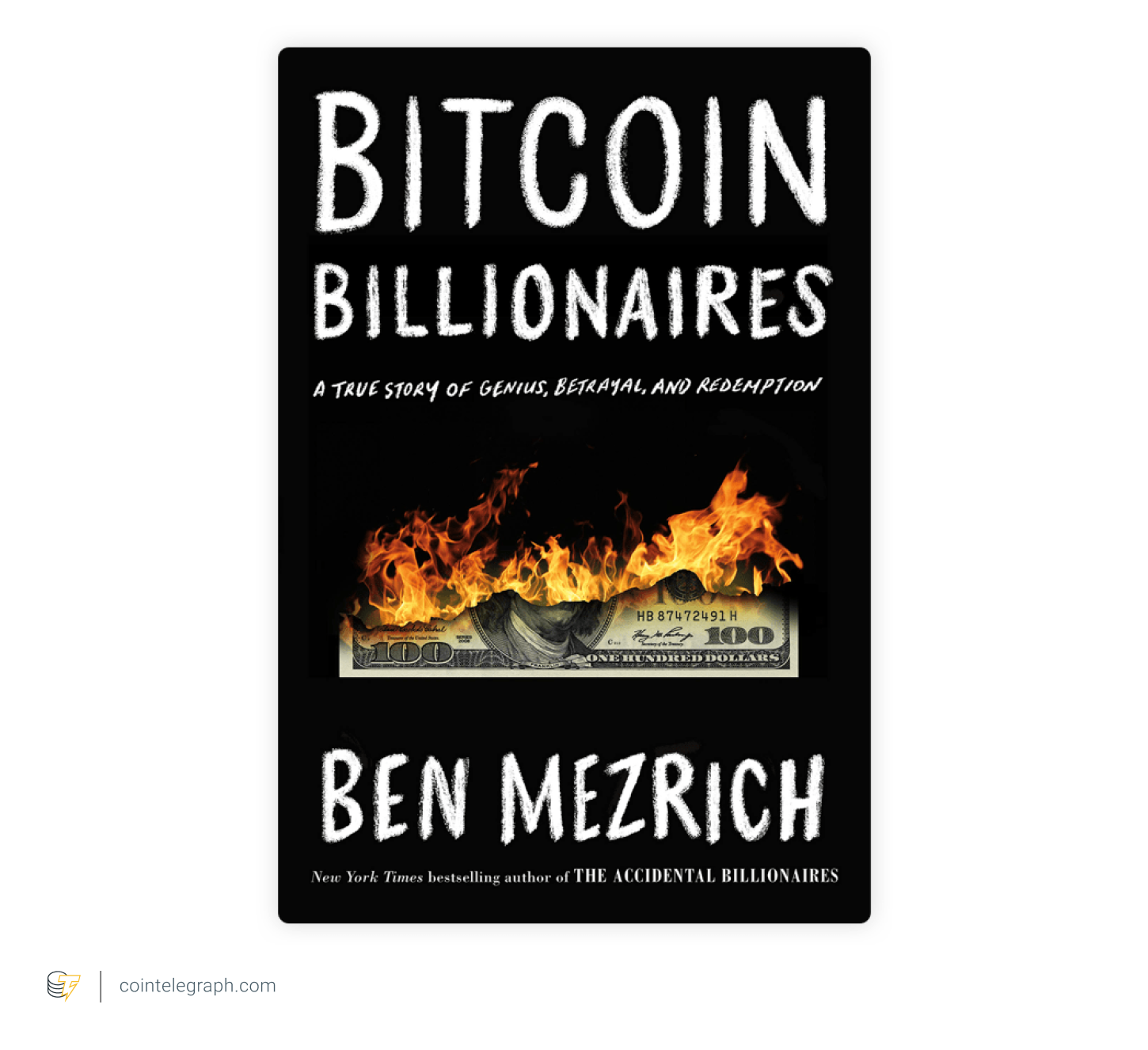 "Bitcoin Billionaires is clearly our favorite book of 2019! Ben Mezrich masterfully captures the Wild West days of Bitcoin and the personalities who were ‘crazy’ enough to believe in, invest in, and build the crypto revolution over the past decade. It's fast-paced, colorful, and distills the complexity underpinning crypto in an accessible way that gives the reader a fundamental understanding of this new technology that's reimagining the world."

“The Cathedral and the Bazaar: Musings on Linux and Open Source by an Accidental Revolutionary” by Eric S. Raymond 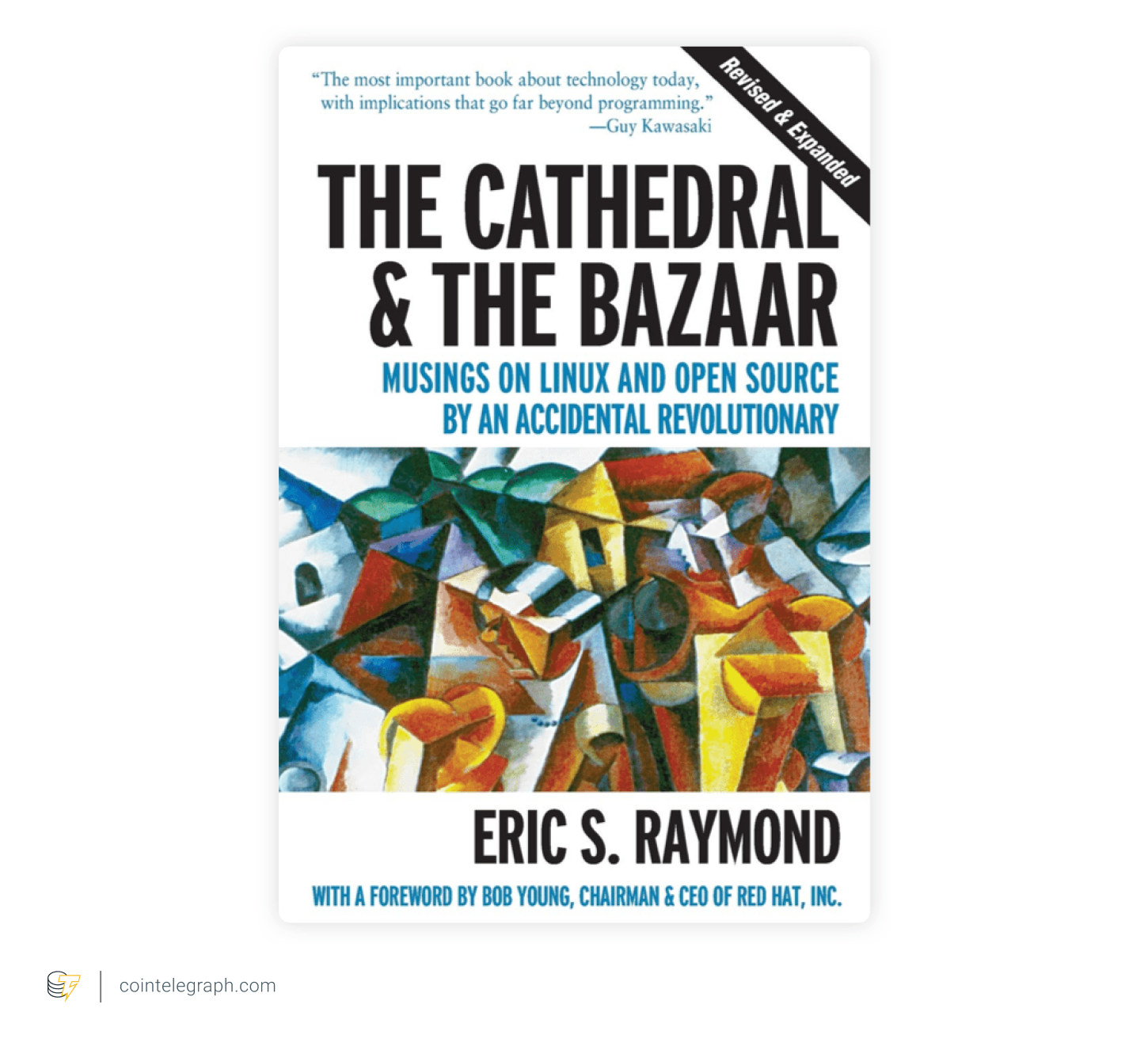 The Cathedral and the Bazaar has expanded our vocabulary with new terminology. It also predicted the end of the cascading model of software development and the decline of the era of large software companies, thanks to the popular movement for free software. The central thesis of the essay is Raymond’s statement that “given enough eyes, all errors pop up.” He calls it the “Law of Linus.” — suggested by Paolo Ardoino, Bitfinex’s chief technology officer. 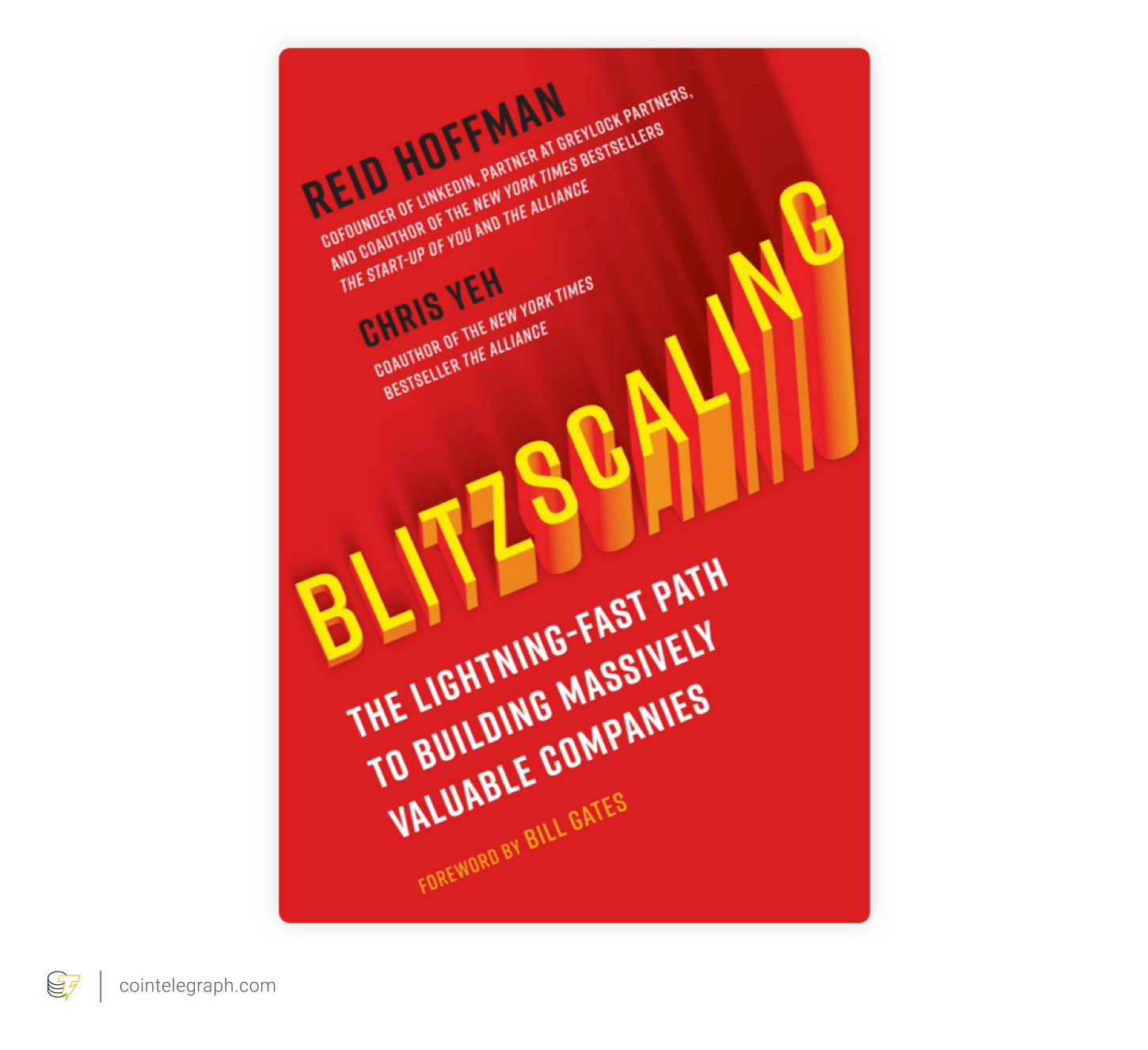 Changpeng Zhao, known as CZ, became a leader in the crypto community of China when he founded cryptocurrency exchange Binance in 2017. Today, not one major crypto event can do without an energetic CZ. Recently, on his blog on Binance’s official site, he compiled a list of books that he recommended reading over the holidays. One of these is Blitzscaling by Reid Hoffman. CZ said that this book tells in detail how organizations of different sizes work, as well as some consequences when teams grow to different sizes. According to CZ, this was very useful for Binance when the company planned its growth as an organization. Also, the book talks about recent topics including cryptocurrencies.

“The Advantage” by Patrick Lencioni 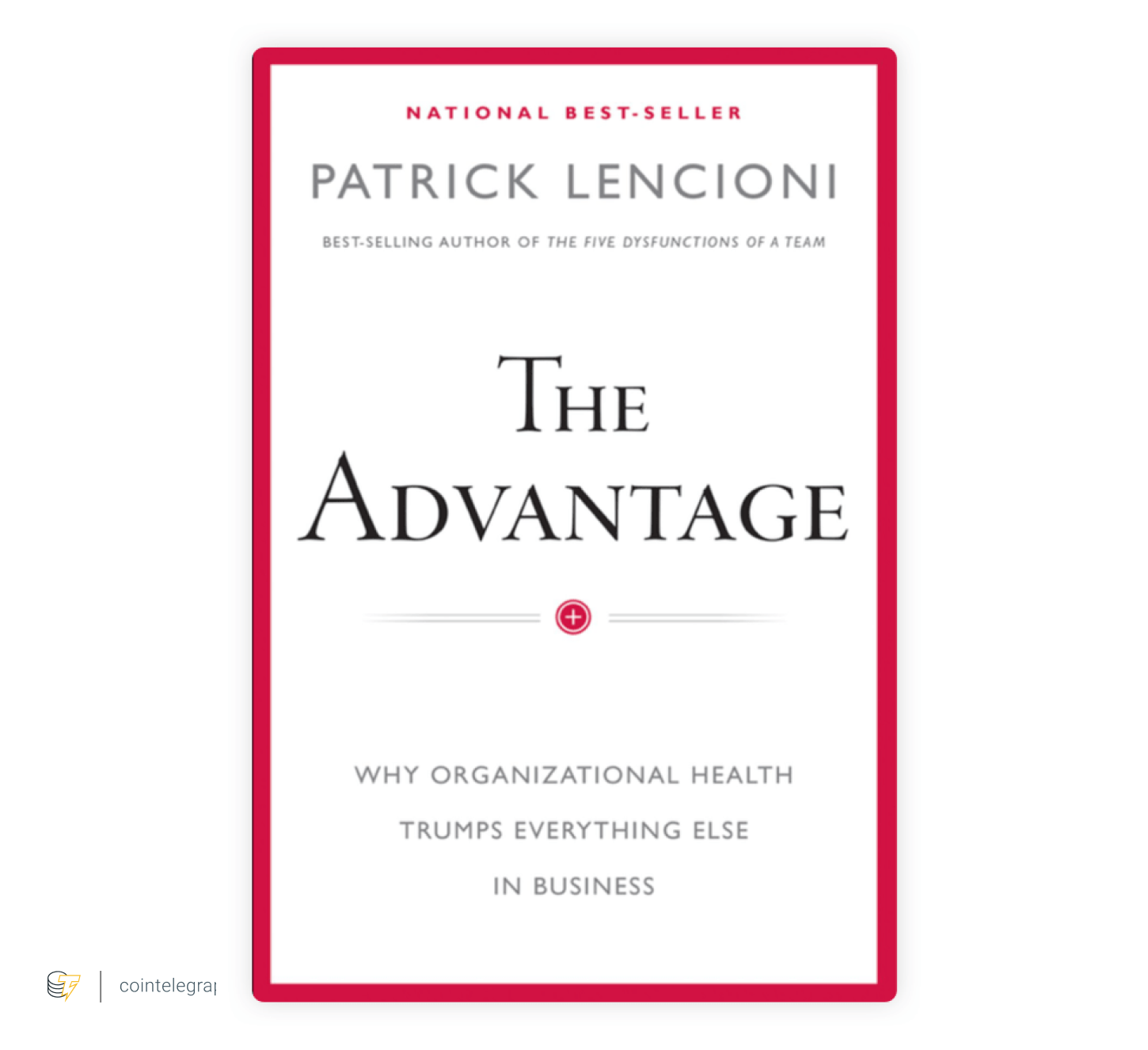 Here is another book recommended by Changpeng Zhao. The author, Patrick Lencioni, describes how organizational culture contributes to the long-term success of a business and explains how to change the stereotypes that have developed in this area. This process requires considerable efforts from the owners of the company, but as a result, those who monitor “corporate health” become leaders, because such a unique advantage cannot be copied.

The book is based on the many years of Lencioni’s personal experience, who is one of the leading thinkers in the field of business. He describes in detail the tools necessary for serious and interesting work.

“The Age of Cryptocurrency” by Paul Vigna and Michael Casey 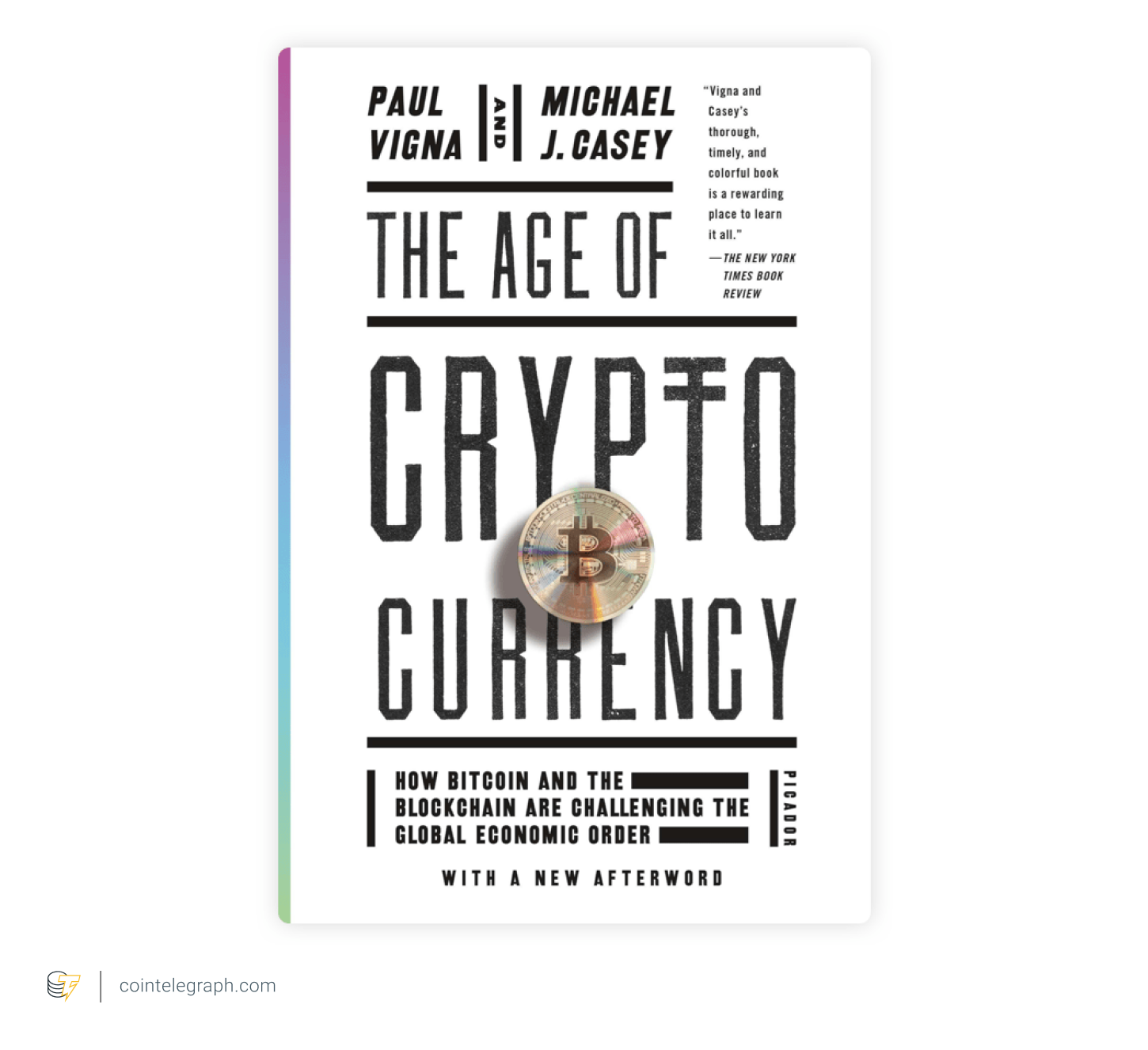 Wall Street Journal commentators Paul Vigna and Michael Casey write about the fears and rumors surrounding Bitcoin as a means of calculation and encourage readers to prepare for a new economic reality that will come.

In their book, they tell the story of Bitcoin and analyze the role of cryptocurrencies in the modern world: How they came from and where they came from, what functions they perform, and what you need to know to be ready for a new world based on cyber economics.

By eliminating the need for an intermediary, cryptocurrency technology supports an infrastructure in which strangers can conduct business with each other. This is achieved by transferring the most important function of maintaining accounting registers from centralized financial institutions to a network of autonomous ones.

“Growth: From Microorganisms to Megacities” by Vaclav Smil 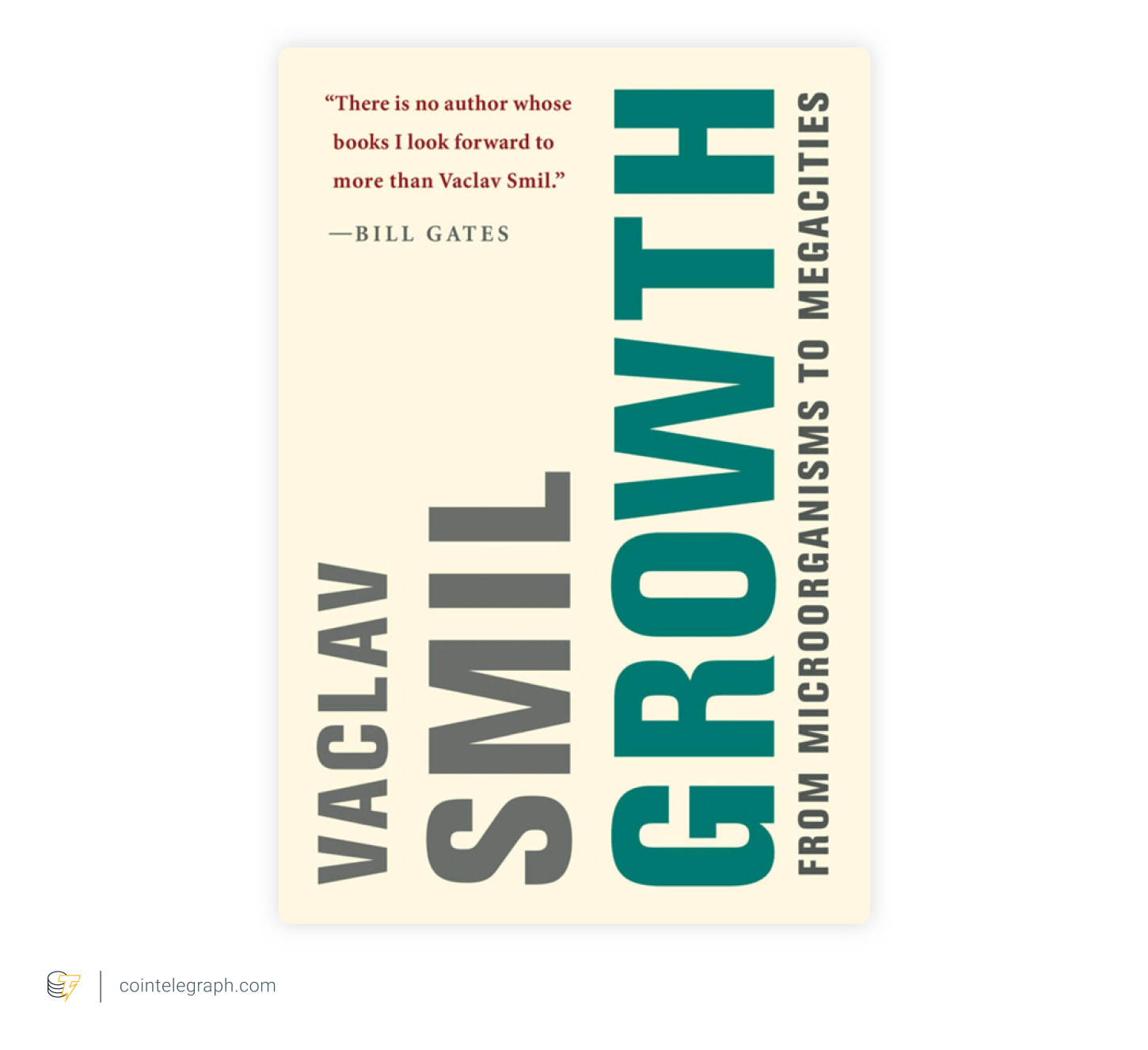 Bill Gates, a famous entrepreneur, public figure, philanthropist and former shareholder of Microsoft, traditionally shares a list of the best books to read each year in order to start the next year on the right foot.

Vaclav Smil is one of Gates' favorite authors. In the book, the author explores growth in nature and society, and discusses how we can save the planet. Gates also warned that some sections of the book resemble an engineering manual.

In the book, growth is presented as the goal of sterilizing humans and all living organisms. The book discusses the problems of tracking the growth of empires and civilizations, explaining that we can outline the growth of organisms in the individual and evolutionary periods, but the progress of societies and economies, which is not so linear, includes both decline and renewal.

“The Art of War” by Sun Tzu 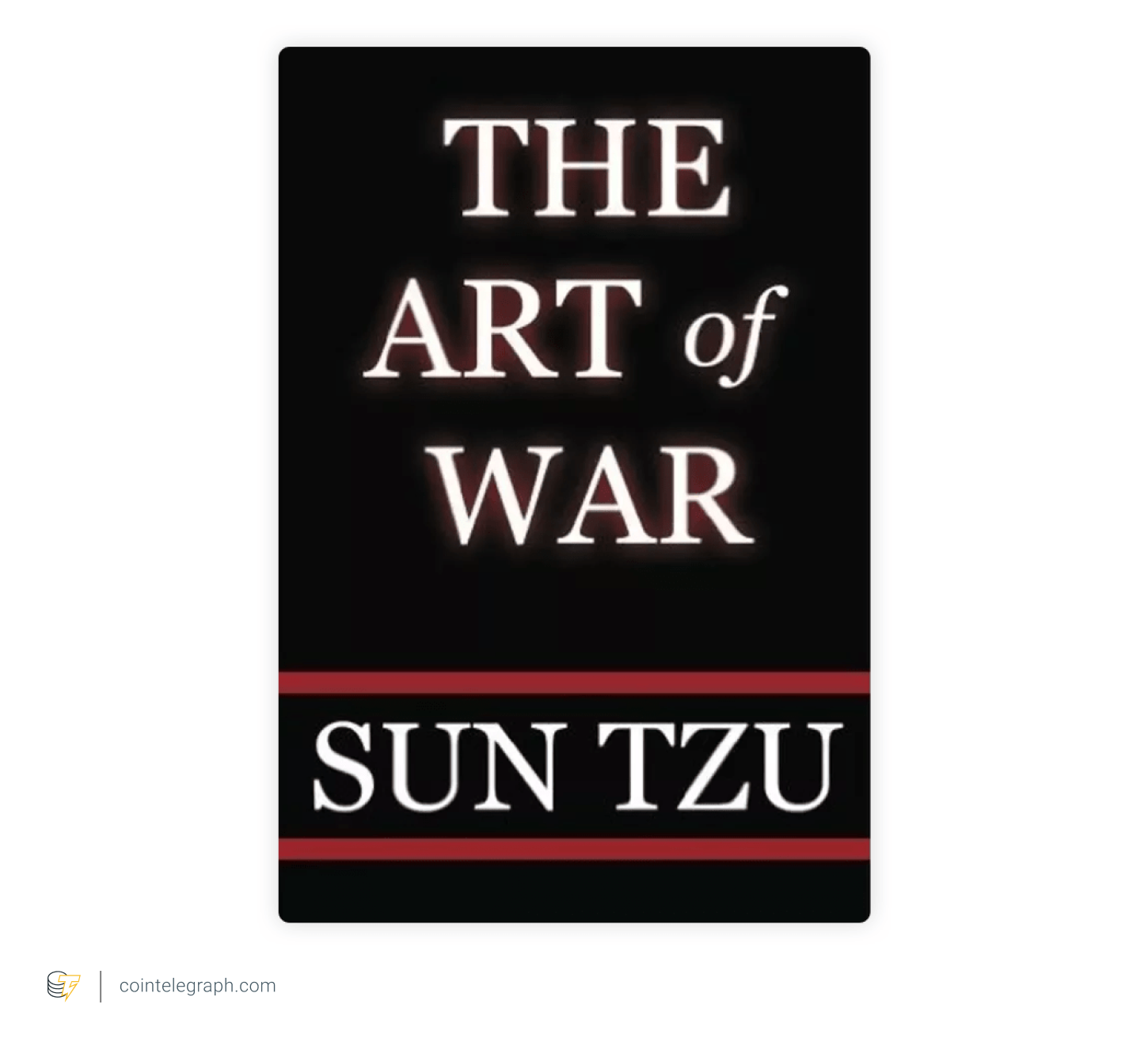 Despite the fact that the book is more than 2,500 years old, today it remains the reference book of many successful entrepreneurs. The laws and strategies described by prominent Chinese commander Sun Tzu are famously applicable in modern business conditions. The main thesis of the book is to know how to win before the start of the battle, counting all the moves, to know yourself and the enemy, choosing the right time, and using the whole range of tools and weapons available.

The main thing is to be able to comply with modern realities, know the main managerial positions, not be afraid of risk and apply effective strategic laws in practice. This is a good book on management strategy, reflecting the skills and thoughts of the Chinese commander.

“Super Pumped: The Battle for Uber” by Mike Isaac 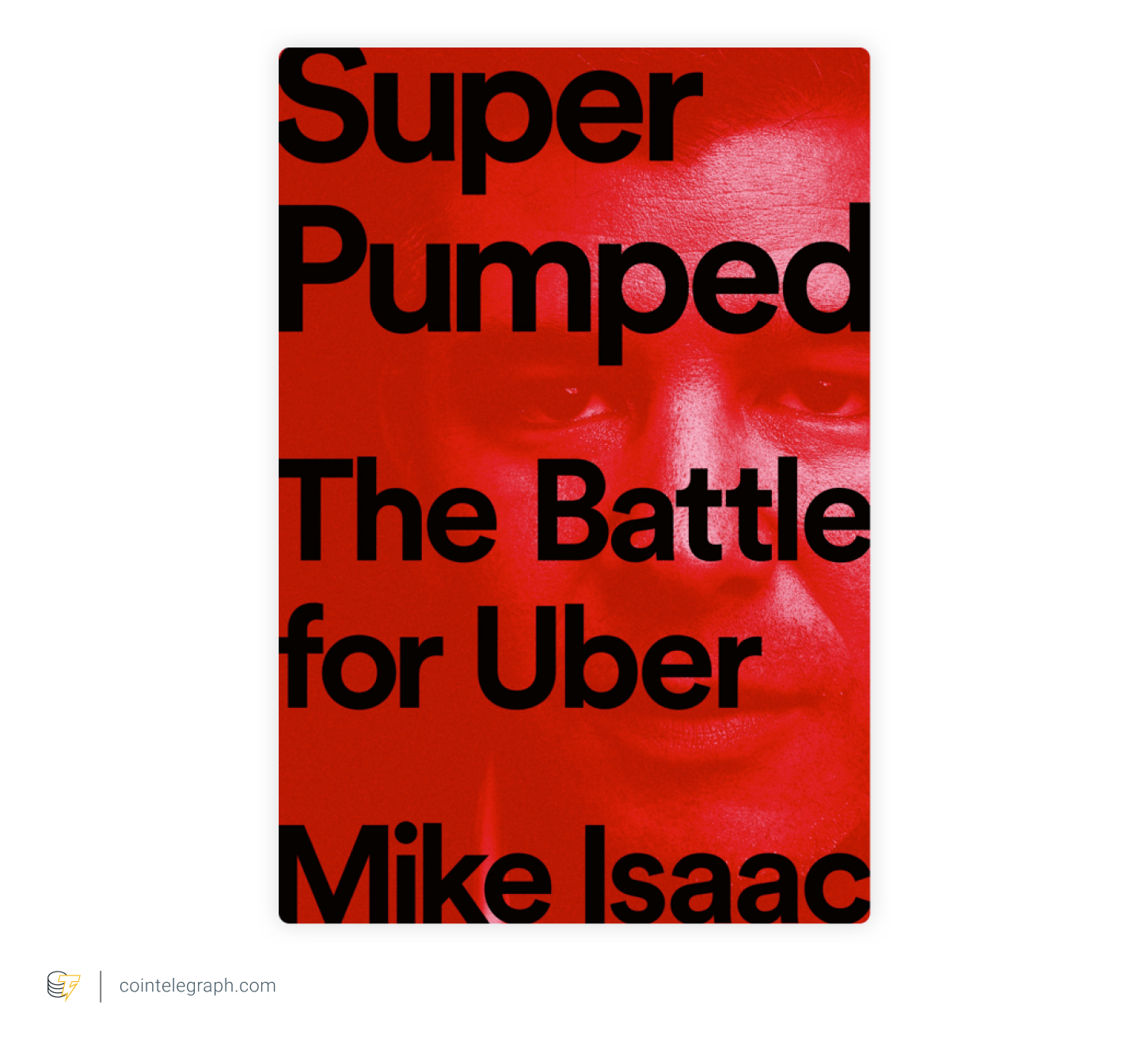 One of the biggest business books of this year comes from Mike Isaac, a New York Times journalist who writes extensively on technology. This is a fascinating book that describes more than just recent events. The book describes almost the entire history of Uber, as well as the history of previous projects of Travis Kalanick, in which he earned a steady hostility to venture capitalists, which later expressed itself in relation to him in Uber. The book describes business details and the struggle with regulators.

Recently, it came to light that Showtime is planning to launch a TV series on the company's success story, based on this book, and Mike Isaac will directly participate in its creation.