An unconfirmed email suggests all users who lost bitcoin will get compensation — even if they did not file a rehabilitation claim.

An unconfirmed email from Mt. Gox rehabilitators suggests all users who lost bitcoin will get compensation — even if they did not file a rehabilitation claim 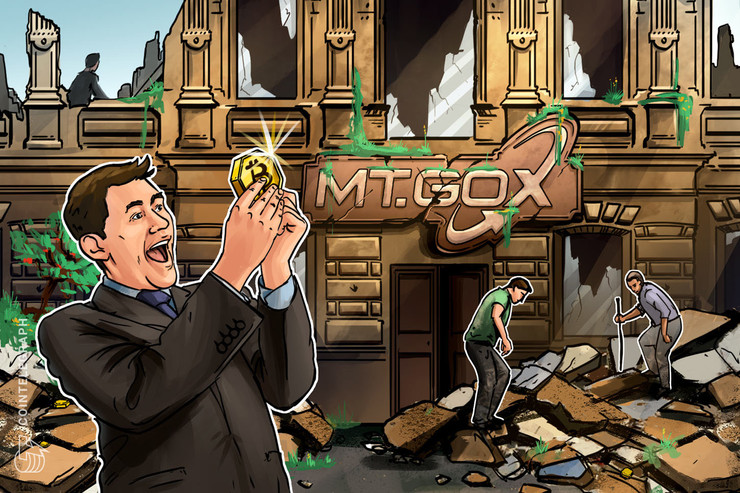 Users who held bitcoin (BTC) on the now-defunct Mt. Gox exchange and had certain self-admission rehabilitation claims filed for them could reportedly receive some of their funds back, an unconfirmed email posted to Reddit on April 22 suggests.

Addressed to all Mt. Gox users, the message reportedly says:

The email screenshot was shared on Reddit by DerEwige, who accompanied the post with a screenshot of the alleged email written in both Japanese and English.

DerEwige interpreted the email to mean that even Mt. Gox users who failed to fill out a rehabilitation claim after losing their bitcoin have had a claim automatically made in their name, which has now been approved.

The Reddit user added that they were unsure about when any compensation would be paid, and exactly how much bitcoin affected users would receive.

Cointelegraph has been unable to verify the veracity of this email. Two Mt. Gox creditors we spoke to said they have received no such message from the exchange.

According to users in the MtGoxCreditors Telegram channel, self-admission claims that were not claimed in bankruptcy or civil rehabilitation were no longer objected to if the users were able to identify themselves.

The Mt. Gox hack in 2011 — with the exchange shutting down only in 2014 — was the biggest bitcoin hack the world has seen, with 850,000 BTC (worth about $460 million at the time) stolen. The embattled exchange subsequently collapsed three years later, with 24,000 creditors out of pocket.

In April, Mt. Gox’s trustee announced that all creditors who filed rehabilitation claims had received a decision, but warned the timing and method of repayment had not been determined.