Unlike Gold, Bitcoin is Once in a Generation Investment Opportunity: CNBC

Peter Schiff, a prominent investor of gold and CEO of Euro Pacific Capital, has been criticized by many analysts and experts including Brian Kelly of CNBC for describing Bitcoin as “digital fool’s gold.” 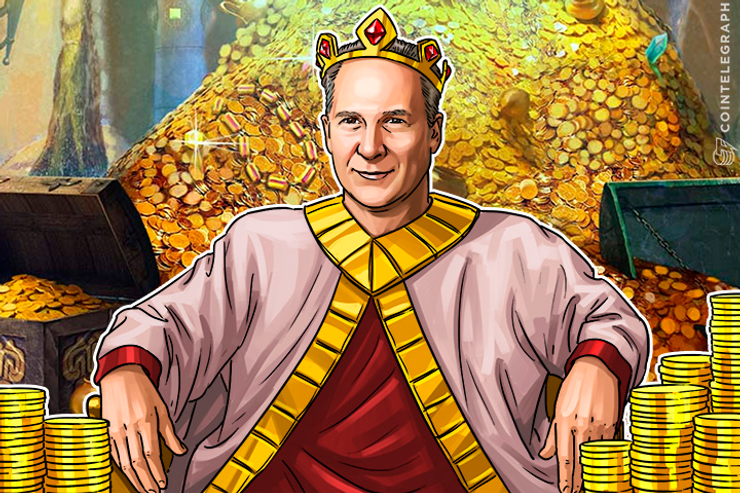 Peter Schiff, a prominent investor of gold and CEO of Euro Pacific Capital, has been criticized by many analysts and experts including Brian Kelly of CNBC for describing Bitcoin as “digital fool’s gold.”

For the most part, Schiff’s ignorance towards Bitcoin stems from his responsibility to protect Euro Pacific Capital’s business model, which almost entirely relies on the performance of gold. Schiff has also found the vast majority of his career success in gold trading and thus, it is essentially instinctive for Schiff to protect gold against Bitcoin.

However, most innovative and successful investors understand that to profit from an ever-changing market, one needs to beat the market. One asset or currency which has beaten the market for three straight years is Bitcoin by outperforming all reserve currencies, stock markets and assets, something gold has failed to do.

Currently, the basis of all criticisms against Bitcoin is the absence of network moderators and the origin of its value. Specifically, conventional economists struggle to understand the purpose of Bitcoin’s fixed supply, as it could theoretically lead to economic issues in the future.

In a debate with Schiff, Kelly stated:

“For me, it is Bitcoin. Bitcoin is not just digital gold. It is a technology platform that fintech is being built on top of. It is a once in a life generation investment opportunity similar to the Internet growing just as fast if not faster. It is the Internet of money. Everyone is involved in it. The Federal Reserve released a paper on it. Bank of England is involved in it. 14 of the top 30 banks have active projects.”

Kelly’s statement is factually accurate in that Bitcoin is a technology platform and an open source protocol in which anyone can build anything on top of. Bitcoin as a base protocol is a payment facilitation tool. It facilitates payments between two users without the necessity of a mediator.

On top of that layer one technology, two-layer solutions exist as well as other technologies which will allow Bitcoin to transform itself into a settlement system, digital gold, wealth management product and virtually any financial instrument which investors and traders may need in the future.

Schiff, however, argues that Bitcoin’s structure is a replica of gold, built to act as an alternative to fiat currencies. As mentioned above, Bitcoin isn’t a replica of gold nor the monetary system adopted by governments across the globe. It can operate as gold and a currency but it wasn’t structured to replicate either of those two.

When Schiff states that gold is a more efficient version of Bitcoin, Schiff is considering the commodity aspect of gold. Gold is a commodity and an asset. But, it is not a payment unit and a settlement network. Its value is dependent on an infinite supply, which could exponentially increase if companies manage to find massive sources of gold in the future.

If Bitcoin had a bug which could lead to the creation of Bitcoin out of thin air, Bitcoin’s value wouldn’t be where it is as of current.