The company says it has developed a new ecosystem that includes three payment methods based on the blockchain, plus an exchange platform, cloud mining and investment banking structure.

A company has created an “untraceable anonymous coin.” The team says the p2p network makes all the users' transactions unlinkable to a particular user or real-world identity 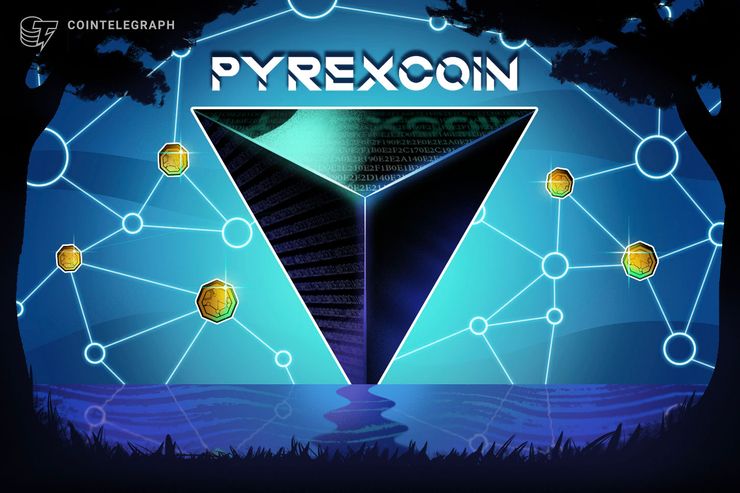 A startup named Pyrex says it has created the “next generation cryptocurrency,” which enables untraceable payments and unlinkable transactions. Its ecosystem includes three separate but interchangeable blockchain payment methods, together with its own crypto bank, cloud mining platform and multi-currency exchange.

The first blockchain payment method is PyrexCoin (PYX), operated by a decentralized peer-to-peer (p2p) exchange network with no management or major issuer to rule it. The company assures that this cryptocurrency is untraceable, secure, anonymous and borderless. A p2p network makes all the users' transactions on the PyrexCoin blockchain unlinkable to a particular user or real-world identity.

The anonymity of all operations is provided by CryptoNote technology, which protects the payments from being tracked. The special privacy feature implemented on the platform — called Ring Confidential Transactions (RingCT) — also makes the PyrexCoin resistant to blockchain analysis. “Privacy is mandatory for all operations, in order for it to be effective,” the company says. Built-in privacy features make the PyrexCoin fungible and all coins have equal value.

All transactions can be done via the user-friendly and intuitive wallets: PyrexCoin GUI wallet, which is provided in 34 languages, and a mobile wallet named PyrexGate, one of “the most secured" mobile wallets due to a special password encryption mechanism and biometric access. It supports a QR-code generator and scanner, NFC, and hardware cold wallets, such as Trezor and Ledger NANO.

Pyrex also emphasizes that PyrexCoin is an open-source project, so every user can make an impact on the new cryptocurrency’s development process.

The second payment method can be used for the services available within the PyrexPlatform. Golden Pyrex (GPYX) is an ERC-20 utility token for paying for such services as PyrexBank fees, Marketplace products, PyrexExchange fees and Cloud Mining contracts at a discount rate. The company has issued 10 million GPYX, and it intends to sell 77,7 percent during its token sale. The startup plans to spend the capital raised by the token sale on the development of the PyrexBank, obtaining necessary licenses and permits, and for covering listing fees on major exchanges.

Cyberbank as a funding mechanism

PyrexBank, the “next generation private digital bank” developed on scalable Directed Acyclic Graphs (DAG) technology, offers traditional banking services and technological tools for managing crypto funds. Within PyrexBank, the users of the platform can give or receive loans together with their deposits’ interest, based on credit scoring smart contracts. The banking accounts can be denominated both in crypto and fiat currency.

The team says, the use of digital currencies makes operations faster and cheaper, while traditional currencies guarantee practically all-round acceptance and validity. One account combination allows clients to simultaneously use advantages of both types of currencies.

The company emphasizes that all transactions are secure and have little to no fees. The clients of PyrexBank can also use its services, which include trading and liquidity management for fiat currency and crypto assets, together with a “highly secure storage” system for those assets. Moreover, PyrexBank enables a full range of crypto corporate finance services (e.g., advice for fundraising through a security token offering, for token design and for risk management).

The third payment method and a medium for all operations within PyrexBank is a special coin — also named PyrexBank Token (PXB) — which is a security token based on DAG technology and backed by physical gold. In addition, PXB is positioned to be a token offering incubator — a funding mechanism for projects initiated on the PyrexPlatform. Different projects can be developed through the PXB token’s smart contracts.

The company says all three “digital assets” provided by the project will be interchangeable at the core of the ecosystem — PyrexExchange, the cryptocurrency trading platform. The exchange has a decentralized (on-chain) layer. The platform also provides built-in flawless order matching-engine, high-frequency trading support, ticket support system for high-quality customer service, as well as spot and margin trading. During the first four years after its launch, users can get a rebate on the exchange fees, and token sale participants are excluded from fee collection until the end of 2019.

For the users who want to join the trend and start Bitcoin or altcoin mining, Pyrex offers its own alternative instrument — PyrexCloud. The company believes the mining platform will be a good fit for beginners as well as large-scale miners. Besides PyrexCoin, there are Bitcoin, Ethereum, Monero, Litecoin and Zcash mining contracts on leasing hashpower available, with a number of altcoins to be added with the development of the platform. Contracts also have a feature to be traded or gifted.

According to the Pyrex roadmap, the launch of the Pyrex Exchange Platform is scheduled for Q1 2019, along with the release of the Cloud Mining Platform. Later, in Q3 2019, the company is planning to launch the PyrexBank.