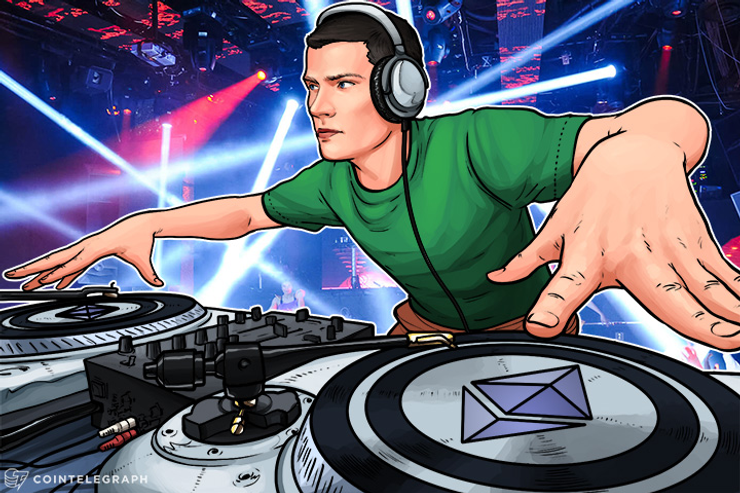 A Grammy-winning DJ, better known by his stage name RAC, has released his latest album, EGO, as the only full-length record that has been distributed on the Ethereum Blockchain. The album was inspired by an interview granted by Vitalik Buterin.

RAC - or André Allen Anjos - learned more about how the Blockchain worked last year after completing his album and he realized that it could be used as a platform to release his latest offering. He partnered with Ujo Music, a platform owned by ConsenSys, the largest Ethereum development company, which had earlier worked with Imogen Heap in 2015 for a single that was also distributed via the platform.

From an economic standpoint, it may be difficult to understand if the move by the DJ makes any sense at all, however. “Hosting a product on a decentralized platform and making it accessible by an Ether payment only closes some doors and limits the artist’s access to financial sustainability,” says Ivan Rossetti, the co-founder of VOISE, an anonymous and decentralized platform using Blockchain technology and a personalized token based on Ethereum’s smart contract ecosystem.

“...but if you believe in cryptocurrencies, it does make sense”, Rossetti adds. “Everyday, more and more people are getting involved with Blockchain and crypto and artists who help promote this will get support and the support of the community.”

RAC is the first to use the technology for a full album and also brings on board other big names featured on the record including Weezer's Rivers Cuomo, as well as the indie darlings Joywave and the South African electropop star St. Lucia. While this is not a clear indication that several other top names would join the bandwagon in ditching the likes of Apple for its 30 percent cut with time, it does show that a new revolution is brewing. Such change could lead to several new developments, especially with the advent of new creativity-related platforms that are backed by the Blockchain technology.

Creativechain, for example, is a project based on a free software community that supports the distribution of culture under copyleft and Creative Commons licenses. Just like RAC, VOISE hosts music on a decentralized platform and distributes it by an Ethereum smart contract but uses a token as an asset that's not only used to purchase content within the platform but also to decide the future of it.

However, unlike other platforms, the VOISE is adding another twist that will make its system not only useful to those in the crypto space but to the average music consumer. According to Rossetti, it is going to be a platform that also accepts common fiat currencies as a payment method so artists like RAC “have it easier to reach a higher number of fans and earn more money while still supporting the ideals of Blockchain, decentralization and crypto making more people know about it.”