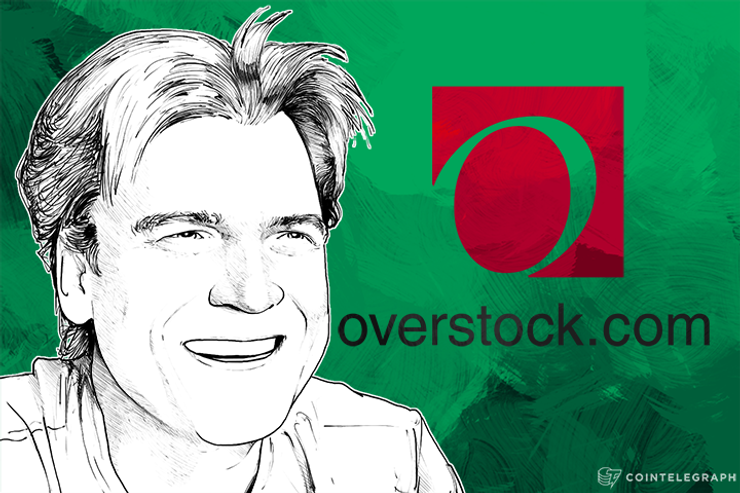 Approaching the Securities and Exchange Commission (SEC) of the United States, Overstock has filed a prospectus, a document normally used as a disclosure document for prospective share buyers, detailing the way in which the company plans to issue these crypto-based stocks.

“[These] shares would be uncertificated and represented exclusively as book-entries on a cryptographically-secured distributed ledger. Digital securities are designed to enable trades to settle immediately or nearly immediately, unlike traditional securities, such as shares of our common stock, trades of which settle on the third day following the day the money is exchanged.”

The SEC will now decide whether it finds this document “effective”, and suitable to be used as a sales document by the company in selling these securities to the value of US$500m.

Cointelegraph first reported on the retail giant’s plans back in October 2014, when initial details were shared at the Las Vegas Inside Bitcoins Conference.

The sense of enmity between Byrne and the existing financial system is no secret, and the CEO has a page in the Overstock information resource dedicated to what sees as the wrongs of Wall Street, including the deliberate destruction of companies through short-selling their shares, for profit.

In July 2014 Overstock began taking the first steps towards creating these new types of cryptosecurities, by publishing a public investigation into the practicalities of such an arrangement. The extensive wiki on “How to issue a cryptosecurity” explores many of the key, and tricky, areas that need to be addressed.

The guide opens with the idea that the more these new securities resemble traditional stocks and shares, the less resistance they will be met with.

Overstock is a Salt Lake City, Utah based digital retailer that sees sales volumes in excess of US$1.3 billion a year. The company has regularly made headlines in the cryptocurrency world through its early adoption of Bitcoin as a payment method, and later special “Bitcoin-only” promotional deals.