The Fibonacci Retracement indicator suggests that $5,300 is the main short-term trend level for Bitcoin price.

The Fibonacci Retracement indicator suggests that $5,300 is the main short-term trend level for Bitcoin. Given the tendency of BTC to retest key Fibonacci levels, it may indicate that the dominant cryptocurrency is likely to see another leg down.

Since April 7, the Bitcoin price has dropped from $7,325 to sub-$6,600, by more than ten percent. It recovered to $7,150, as traders anticipated a minor upsurge ahead of the weekly candle chart close of BTC on April 12. But, with a sharp rejection, BTC fell to the mid-$6,000s as the new weekly candle opened.

Why $5,300 is highly important for Bitcoin in the short-term

Technical analysts typically view the 0.618 Fibonacci level as crucial short-term support. Also known as the “Golden Ratio of 0.618,” this level is also used in other mathematical applications such as galaxy formations and architecture.

According to one cryptocurrency trader known as Crypto Birb, who shared a chart that identifies $5,300 as the 0.618 level for Bitcoin in the imminent-term, BTC could retest the low $5,000s before it sees another extended rally.

When Bitcoin sees a significant pullback, as seen in the drop to $3,600 on March 12, it tends to respond with a V-shape recovery. However, this often leaves BTC vulnerable to a large pullback, which elevates the risk of retesting key areas like Fibonacci’s 0.618 level. 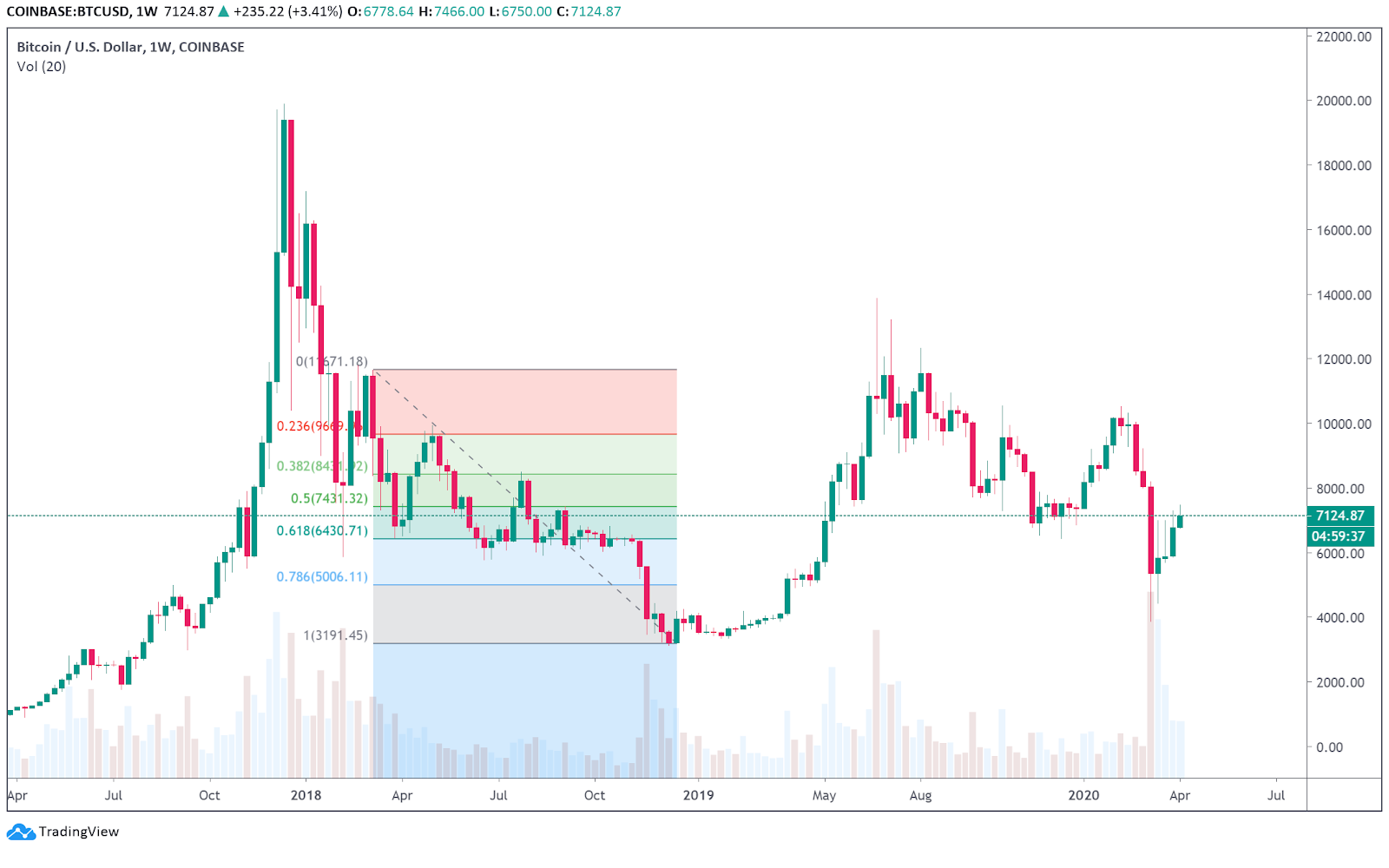 The Bitcoin price rejected $7,150 on April 13, and analysts foresee two scenarios playing out for BTC in the near-term.

The price of BTC could rally to the $7,300 to $7,700 range, rejecting the so-called “distribution point” and making its way towards lower support levels.

The bullish scenario is that it claims $7,300 as a support level, consolidating around it, and seeing a rally above $7,900 in the upcoming week. 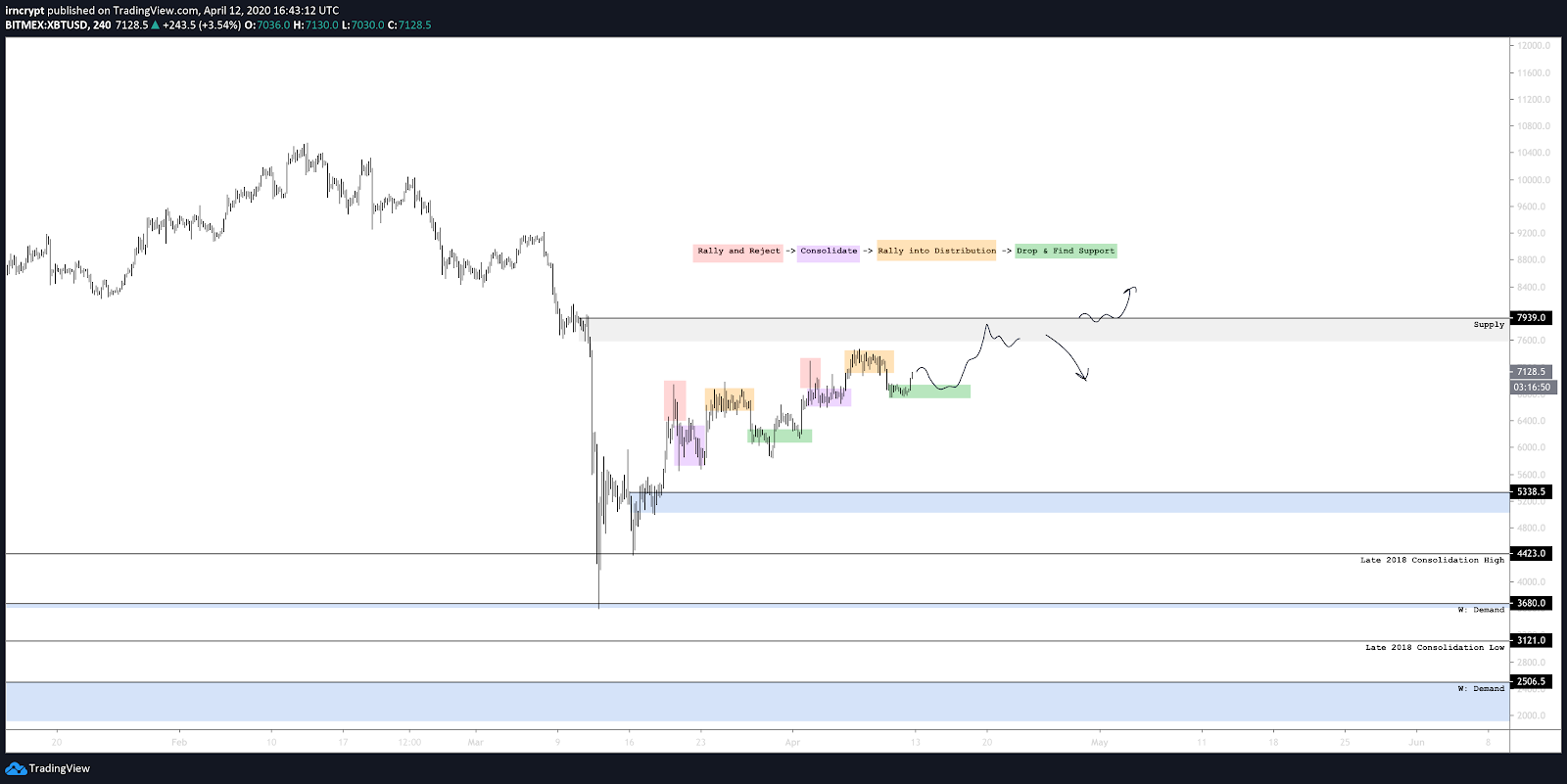 The recent upsurge of BTC was supported by a decent increase in volume, while previous rebounds were lacking sufficient volume to push it forward to heavy resistance levels.

“Not sure how much juice we have left here but the $7,700 area is on the table now. This kind of PA makes me pretty confident we've bottomed for the year.”

Whether Bitcoin would see an accumulation phase at low $5,000s and refrain from seeing a further drop to the mid-$4,000 region remains to be seen.