Bitcoin Spikes by 2x in 26 Days: What’s Actually Behind the Big Rally?

The Bitcoin price has increased by two-fold in less than a month, surging from $3,600 to over $7,350. Here are three main factors that likely contributed to it.

The Bitcoin (BTC) price has increased by two-fold in less than a month, surging from $3,600 to over $7,350. While traders believe a combination of many factors caused the upsurge, there are three main factors that likely contributed to it.

The three factors are a significant surge in spot buys, a massively overextended plunge below $4,000, and the immediate recovery of BTC to major support levels.

Coinbase, Kraken, Binance, Bitfinex and other spot exchanges saw a substantial spike in buy volume following the March 13 drop that led BTC to drop from $8,000 to $3,600 within a 24-hour span.

Simultaneously, open interest—a term used to describe the total number of long and short contracts open at a given time—plunged across major futures exchanges including BitMEX, Binance Futures, and OKEx. 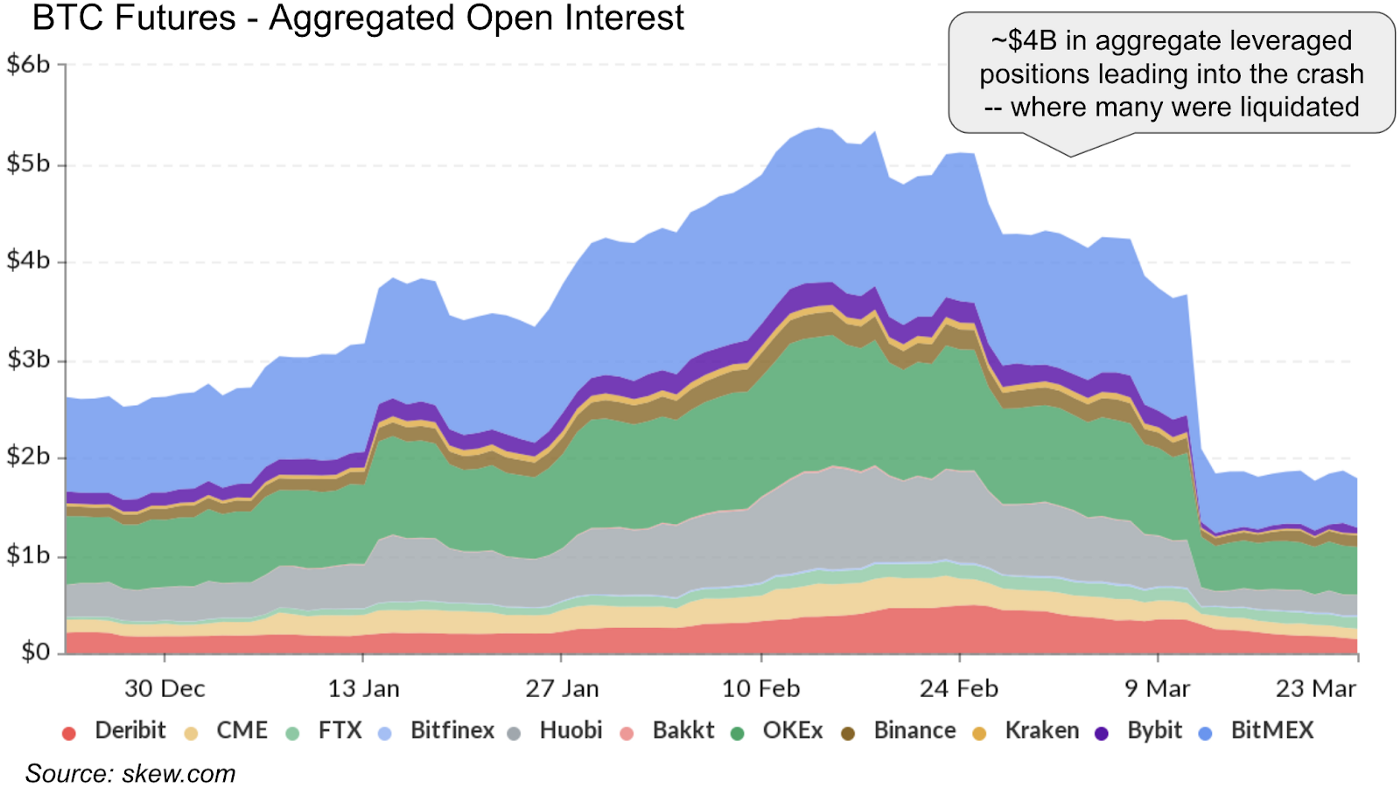 The sharp decline in open interest on futures exchanges and the clear increase in spot buy volume essentially led to a shift in the market. The spot exchange market began to control the price trend of Bitcoin, rather than the futures market.

The futures market often causes extreme volatility in the Bitcoin price because traders use leverage (borrowed funds) to trade cryptocurrencies, whereas in the spot market, investors are selling and buying Bitcoin without borrowed capital.

The shift stabilized the market, allowing the Bitcoin price to recover without severe pullbacks and with relatively low volatility.

Factor 2: BTC should have never dropped below $4,000 in the first place

On March 31, Coinbase released a blog post detailing the trend in the market after the Bitcoin crash to $3,600.

The exchange said that most users on the platform bought Bitcoin following the abrupt drop, adding that the cascade of liquidations caused BTC to drop much lower on futures exchanges than spot exchanges.

“Cascading liquidations were most prominent on BitMEX, which offers highly leveraged products. Amidst the selloff, a Bitcoin on BitMEX was trading well below that of other exchanges. It wasn’t until BitMEX went down for maintenance at peak volatility (citing a DDoS attack) that the cascading liquidations were paused, and the price promptly rebounded. When the dust settled, Bitcoin had briefly spiked below $4000 and was trading around the mid $5000s.”

This opens up the theory that Bitcoin should have never dropped to the $3,000s in the first place, which explains the rapid V-shape recovery to $7,350.

The Bitcoin price recovered from the mid-$3,000 region to $5,800 quickly, within seven days. The $5,800 level acted as a strong floor after being tested three times in March, enabling Bitcoin to see an extended rally.

Several high-profile traders have said that after the breach of $7,300, the $7,700 resistance level is likely to be the next area for Bitcoin to visit in the near-term.