After knocking out a key resistance zone, Bitcoin bulls now look to set a higher high above $7,930, which will be a major challenge.

It seems investors are beginning to gain some confidence as the rate of novel coronavirus infections begins to slow down in Italy, Spain and China along with murmurs of additional financial stimulus packages from governments.

BTC price bullish but the future is in flux

Bitcoin’s strong upside move pulled the price above the rising wedge trendline and through the $6,900 level which has functioned as a strong resistance since March 20. Earlier in the day, crypto trader Pentoshi pointed out that “BTC has now printed 3 consecutive $600 plus Mondays.” 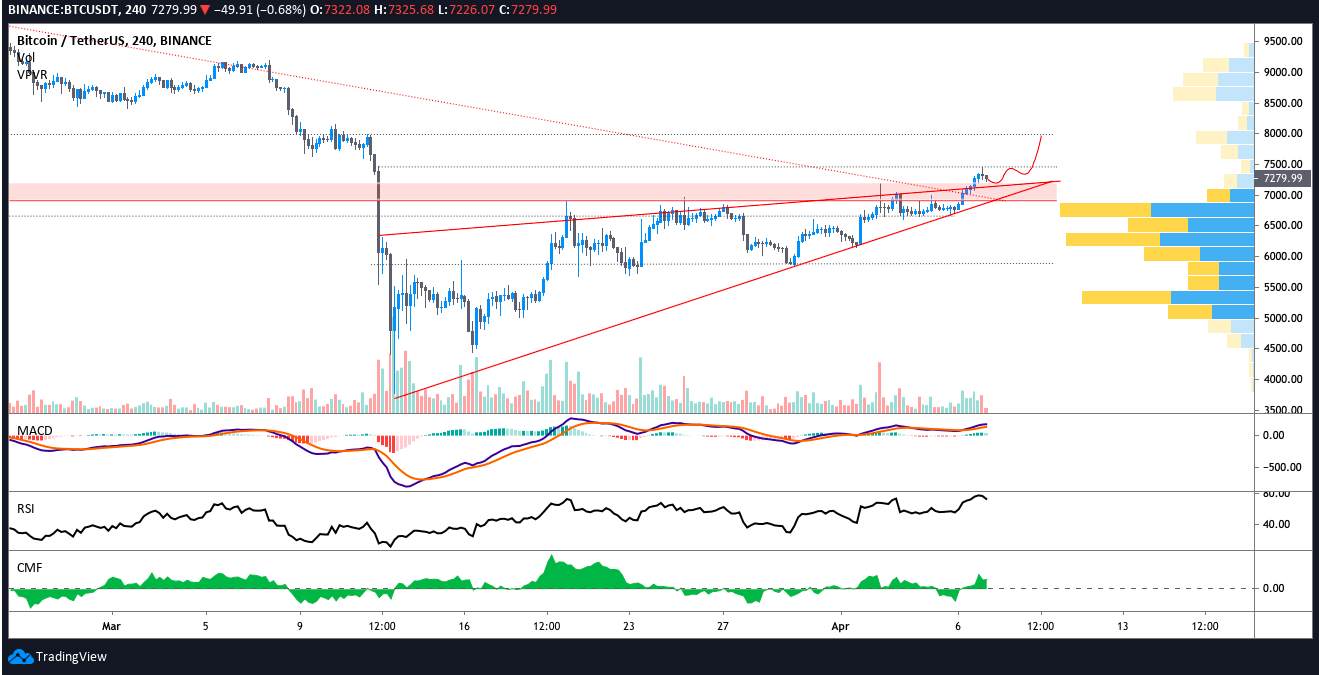 Since topping out at $7,454, the price has corrected slightly, dropping to $7,227. After an 8.83% daily move and a 95.85% move over the past month, it is completely natural that a retest of lower levels occurs as some traders take profits and former resistance levels are then tested as support.

Therefore, a pullback to $7,200 and the rising wedge trendline at $7,150 seems likely. Even a pullback below the wedge trendline to $6,980 is on the cards. In the event that the aforementioned levels fail to hold as support, Bitcoin is likely to find buying interest at $6,900, $6,750 and $6,200. But such a strong retrace might damage the current narrative that the price has flipped bullish in anticipation of the halving event, that’s now just 36 days away.

A more desirable outcome for bullish investors would entail the price retesting $7,200-$7,150, followed by an upside move to $7,460 where the price would then consolidate, or on a high volume surge, continue up toward making a higher high at $8,000. 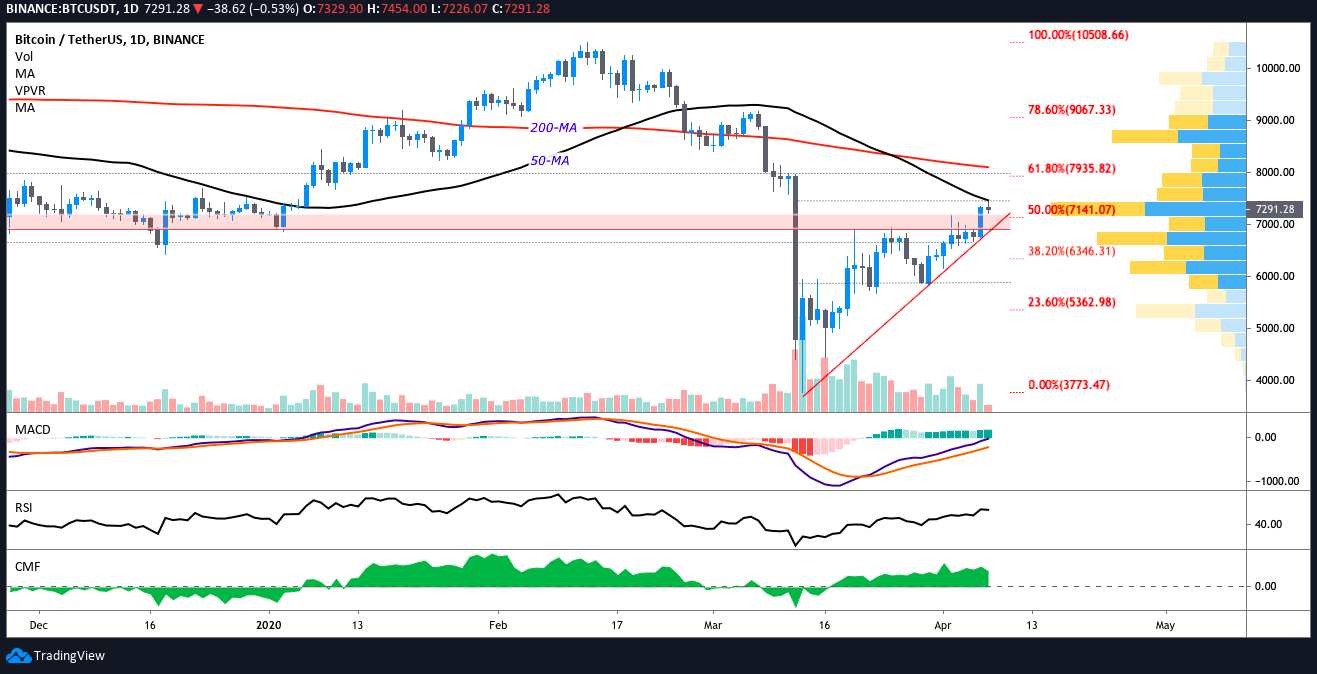 On the daily timeframe, Bitcoin price has cleared the majority high volume VPVR node at $7,180-$7,429 but the price was halted right at the 50-day moving average. If the 50-DMA can be flipped to support then gains to the 200-DMA at $8,100 are likely but as suggested by Cointelegraph contributor filbfilb, overcoming $8,000 might not be as easy as a walk in the park.

“$8,000 is the key level the bulls need to reclaim before the market could be considered as being back in a bull market.”

“Above the 100-WMA is a cluster of resistance, along with the 20-WMA which typically defines whether Bitcoin is in a bull or a bear market. In addition, both the 100 and 200-week moving averages are in this area and both have played an important role as resistance in the past. Amongst the moving averages is also the yearly pivot point at $8,100.”

As it stands, if the Bitcoin price was able to flip $8,000 to support and overcome the 200-day moving average, considerable resistance is likely to kick in from $8,500 and many analysts are calling for traders to go short from the $8,500 to $8,000 zone.

Less fear but no greed 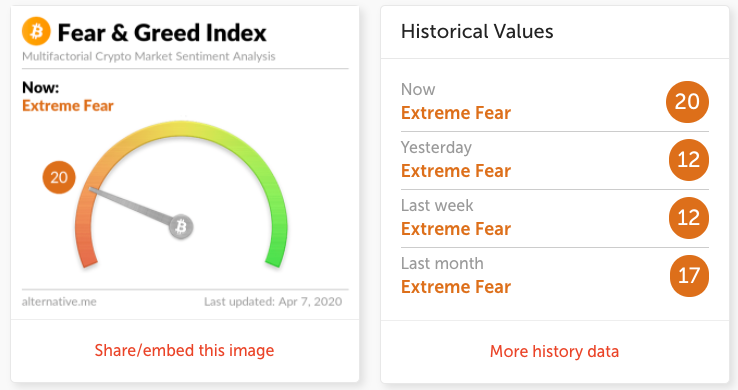 Since April 6, the sentiment index has risen from 12 to 20 — the highest value since the March crash — which is a clear indication that investors are beginning to feel positive about Bitcoin’s future prospects after the strong recovery from $3.775.

Nevertheless, a value of 20 still represents extreme fear. Given that Bitcoin price has risen 95.85% since March 13, there is always the possibility of a sharp multi-day pullback as traders take profit or are squeezed from leveraged positions.

Usually, the 61.8% level acts as resistance when the price trades below in a prolonged downtrend and when Bitcoin is in a sustained uptrend, the level functions as support.