This year saw the crypto space go through many ups and downs - but what were the most remarkable ones?

The beginning of 2022 saw both the crypto market cap and the non-fungible token (NFT) market reaching incredibly healthy status. Crypto reached a strong $2.5 trillion in value, and NFTs peaked after 2021’s exponential growth. 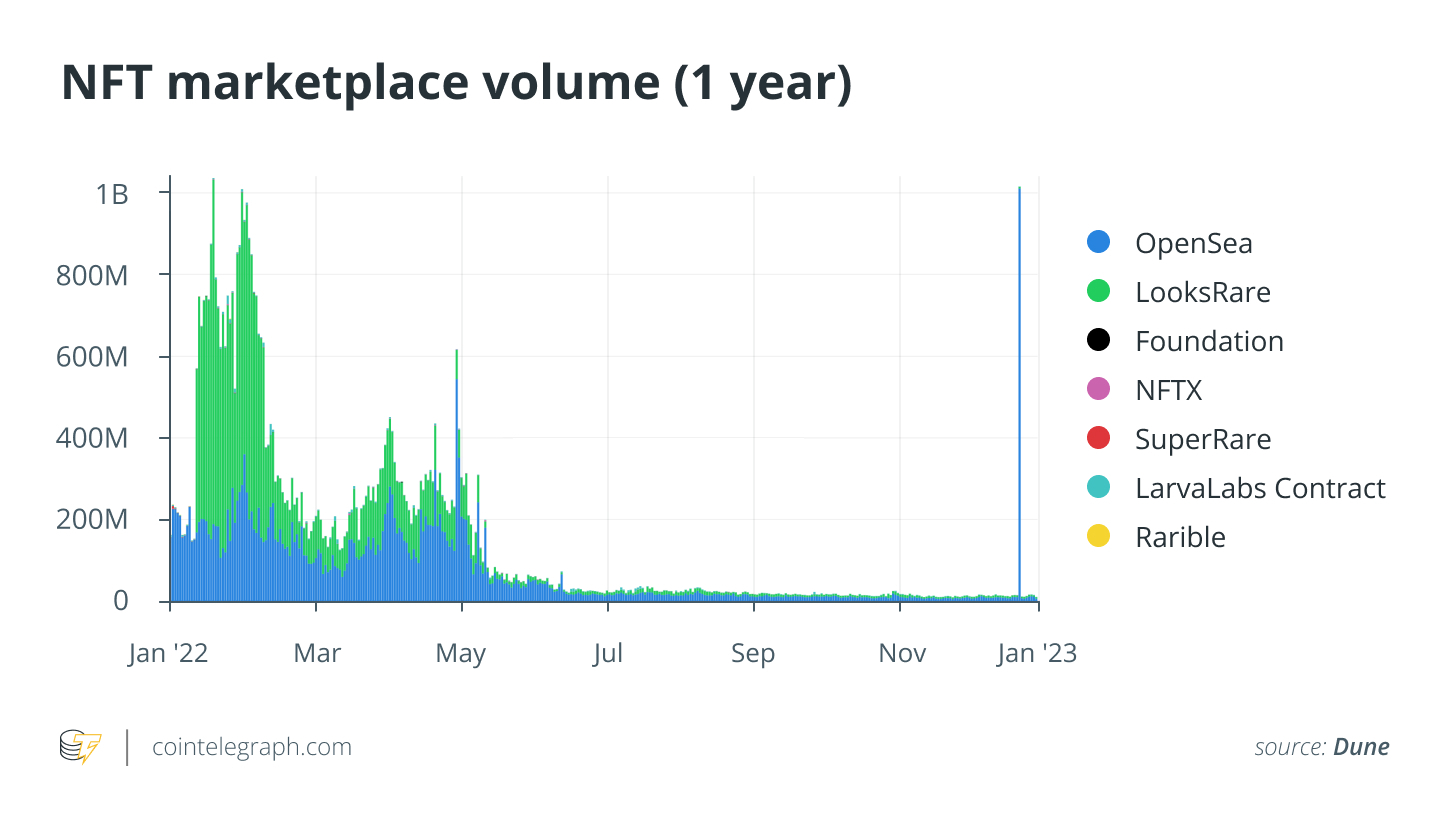 As in previous crypto bull markets, new projects gained significant attention, which drove aggressive speculative investment; the Terra ecosystem being a prime example. Moreover, both retail and venture capitalists were heavily investing in what was fast becoming an overcrowded space. All this activity was taking place against a backdrop of a wider macroeconomic environment that felt unendingly strong, and with easy access to borrowing at low rates, the resulting frenzy into the high yield offerings seemed sensible as a source of wealth generation.

In September, we witnessed the primary technological event of the year: The Ethereum Merge. The Ethereum blockchain successfully moved from its proof of work consensus layer to a proof of stake mechanism. With miners now unnecessary to validate the chain, its energy use has been slashed, and it now operates as a far greener chain.

A lot of global conflict throughout the year gave ample opportunity to showcase the strength of crypto's low-friction cross-border transfer of value. As the war began in Ukraine, the crypto community rallied to fund their support, with millions of dollars being raised and sent to support troops and their families.

In Canada, we saw a political conflict arise. Hundreds of truckers protesting against Covid vaccine mandates. The capital’s streets eventually became dominated by the protests, fueled by a $10 million GoFundMe campaign - which the site eventually shut down as it violated its terms of service. As a response, supporters turned to crypto, raising almost $900,000 worth of BTC to further fund their efforts. This likely contributed to the Canadian government's regulatory measures put in place throughout the year.

Meta has committed billions to the metaverse while Facebook and Instagram look to compete with TikTok. Despite their declining value, the tech giants seemed incredibly bullish. They’re rolling NFTs out to users, much like we saw successfully done by the social platform Reddit. Reddit introduced the idea of digital collectibles to millions of internet users. Allowing users to buy, sell and set their Reddit avatars to CryptoSnoo NFTs. 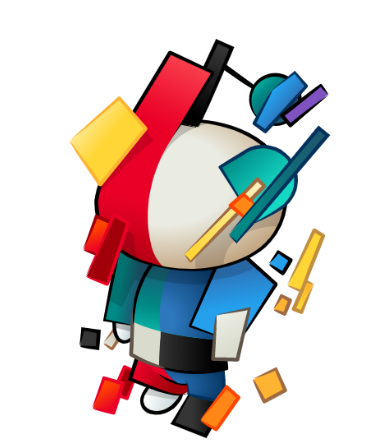 It’s not only tech companies that’ve been getting into the space this year. Big brands have been using ‘Web3’ as an avenue of expansion and in particular fashion giants. Tiffany & Co. made their formal entry into the space by creating a run of 250 limited-edition gold pendants. These custom pieces were purely for the owners of sought-after Cryptopunk NFTs.

François-Henri Pinault, president of Gucci’s parent company, Kering, also revealed that Kering has a team fully dedicated to building the presence of Gucci and BALENCIAGA in Web3 and the metaverse.

By the end of the second quarter of 2022, the crypto market cap shrinkage of 40% had wiped approximately $1 trillion off the total value. During this period, it also became apparent that a selection of CeFi institutions were overleveraged. Significant loans - many uncollateralized - were made involving Three Arrows Capital and other funds. As yields collapsed from inflated offerings of up to 20% on Terra’s stable coin (UST, not to be confused with USDT), to rates below inflation, we started to see the coin’s depegging. The cryptosphere’s confidence in algorithmic stablecoins diminished significantly and has not recovered since. Three Arrows Capital lost a tremendous amount of capital in the sell-off that followed the Terra failure. Yields collapsed further, as well as some other CeFi platforms, like Voyager Digital and Celsius Network, which were unable to return customer funds.

By the end of summer, a degree of confidence was returning to the markets driven, in part by FTX - a large exchange and custodian - which had stepped in to seemingly rescue large CeFi lender BlockFi from bankruptcy. The perceived strength of FTX, led by founder Sam Bankman-Fried, continued to see further investment in crypto companies. However, after rumors and public debate involving Binance’s CEO, Changpeng Zhao, people started to question FTX's solvency and ability to sustain its self-issued token, FTT. Traders began to withdraw funds from FTX. As a result of the uncertainty and ‘run on the bank’ the FTT price fell from roughly $26 to $1 in a period of a few days; FTX’s response to pause customer withdrawals only served to increase concern and panic. This fear ultimately saw the demise of FTX, which filed for bankruptcy.

By November, with trust in centralized platforms continuing to depress to new low levels, coupled with financial contagion from the aforementioned bankruptcy spreading, many other ancillary projects began to fold.

Ishan Wahi, a former Coinbase employee, was charged with insider trading as he, along with relatives, profited over $1.5m from leveraging the confidential listing information of the platform, buying tokens before they would be listed on the exchange, and selling into the surge of interest post-listing.

Similarly, ex-OpenSea employee Nathaniel Chastain was charged with taking part in an NFT-related insider trading scheme, the first case of its kind. The product manager was using confidential information on which NFTs would be featured on the site’s front page and front-running potential user interest.

The US-sanctioned coin mixing protocol Tornado Cash, citing it as a national security risk utilized by foreign nations to launder stolen funds. Many suits arguing otherwise have been raised, and a legal battle is still ongoing, while one lead developer, Alexey Pertsev, has been detained. One user of the protocol also used it to distribute 0.1eth to a lot of well-known addresses (including that of Jimmy Falon), highlighting the absurdity of those parties now technically being implicated and violating the new sanctions.

With all the chaos of 2022, there has been a firmer regulatory focus in the crypto space. While some nations have made steps toward legalizing crypto transactions (Panama) or recognizing it as a legal tender (El Salvador), the UK has ordered bitcoin ATMs to close and is reviewing its stance on stablecoins. Joe Biden has also released an executive order to ‘examine the risks and benefits of cryptocurrencies.

At XGo, we hope it wasn’t coal under the Christmas tree for you this year. Despite the number of “gm”s running low and the awkward home-coming family conversations approaching all-time highs, we’ll keep BUIDLing and be here for you in the new year. With a bit of luck, crypto’s 2023 naughty list will be a little shorter.

Digi516 has been a crypto researcher and NFT enthusiast for almost a decade, with experience in educating and managing several crypto communities. Now, as Head of Community Lead at XGo, Digi516 is on a mission to onboard the next 100 million users to web3 and empower sovereign financial freedom.

Disclaimer. Cointelegraph does not endorse any content or product on this page. While we aim at providing you with all important information that we could obtain, readers should do their own research before taking any actions related to the company and carry full responsibility for their decisions. , nor can this article be considered as investment advice.