Geneva, Switzerland, June 28 – TRON user accounts have reached 100,048,526, officially breaking the 100 million ceiling, according to data from the blockchain browser TRONSCAN, as of June 25. On the same day, TRON Mainnet celebrated its 4-year anniversary since network independence.

Launched in May 2018, the mainnet of TRON is one of the three major public chains worldwide and remains committed to building the infrastructure for the decentralized internet. As a result, TRON has become one of the world's largest and longest-running blockchain platforms.

TRON integrated BitTorrent into its ecosystem in July 2018, a pioneer in peer-to-peer file-sharing protocol and Web3 services. Its distributed technology allows creators and consumers to have autonomous control over their content and data while being innovative and highly scalable, with more than 170 million monthly active users.

Since 2021, TRON has substantially grown its presence in the NFT sector. In March 2021, the TRON-based TRC-721 NFT standard was established, which helped improve one of the world's largest distributed storage systems, BitTorrent File System (BTFS), to support NFTs and blockchain-based assets. The community has since built a comprehensive infrastructure and partnered with GameFi and NFTFi projects deploying on the TRON blockchain, such as APENFT Marketplace and WIN NFT Horse. 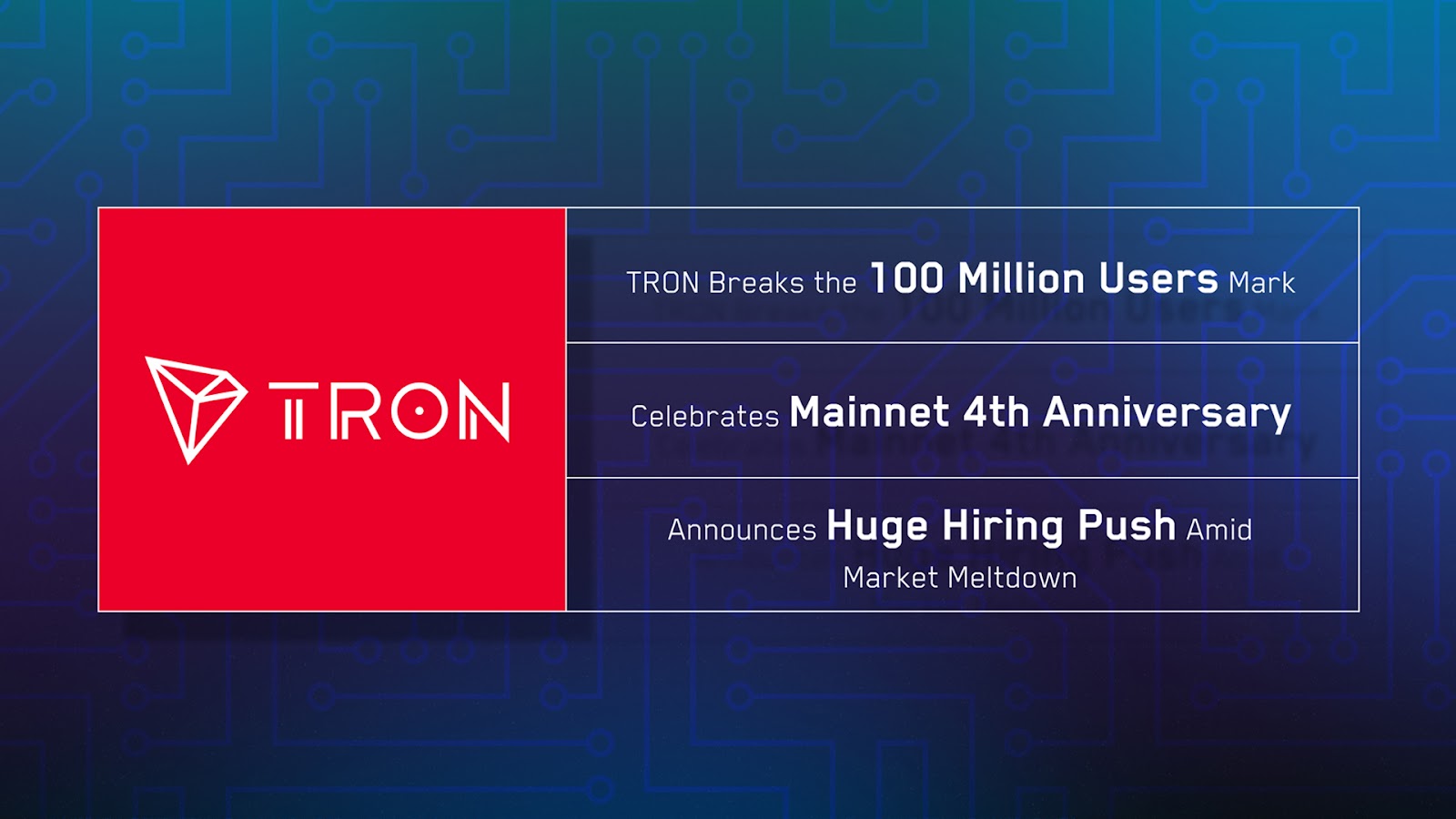 Currently, the total number of transactions on TRON has exceeded 3.4 billion, the daily transfer volume of stablecoins has surpassed $10 billion worth of U.S. dollars on multiple occasions, and the daily settlement stands at least five times that of PayPal. TRON has no doubt already established a leading global clearing infrastructure layer. More recently, the TRON DAO Reserve was founded in May 2022, guiding the world's first over-collateralized decentralized stablecoin USDD and providing 24/7 transparency on real-time collateralization.

TRON dApps have seen tremendous expansion during the past few years. TRON now boasts one of the largest dApp ecosystems in the world and commands a leading position in areas such as stablecoins, DeFi, NFT, and distributed storage, among others.

After four years of sustained growth, TRON DAO is also thrilled to announce that our team is further expanding, offering a unique opportunity – to work directly with a Layer 1 Blockchain and touch every corner of our industry. The company has a fun, diverse, and challenging work environment that fosters creativity, efficiency, and teamwork.

TRON continues to thrive amidst a market for rescinded job offers and staff cuts. Despite the volatile market, TRON is taking this opportunity to scale up and align its internal culture around a set of shared values that remain driven and forward-thinking as they enforce its mission to accelerate the decentralization of the internet via blockchain technology and decentralized applications (dApps).

Join us and help BUIDL the future of Web3! View open positions here.

TRON is dedicated to accelerating the decentralization of the internet via blockchain technology and decentralized applications (dApps). Founded in September 2017 by H.E. Justin Sun, the TRON network has continued to deliver impressive achievements since MainNet launch in May 2018. July 2018 also marked the ecosystem integration of BitTorrent, a pioneer in decentralized Web3 services boasting over 100 million monthly active users. The TRON network has gained incredible traction in recent years. As of June 2022, it has over 100 million total user accounts on the blockchain, more than 3.4 billion total transactions, and over $9.2 billion in total value locked (TVL), as reported on TRONSCAN. In addition, TRON hosts the largest circulating supply of USD Tether (USDT) stablecoin across the globe, overtaking USDT on Ethereum since April 2021. The TRON network completed full decentralization in December 2021 and is now a community-governed DAO. Most recently, the over-collateralized decentralized stablecoin USDD was launched on the TRON blockchain, backed by the first-ever crypto reserve for the blockchain industry - TRON DAO Reserve, marking TRON’s official entry into decentralized stablecoins.