What is cryptocurrency? A guide for beginners 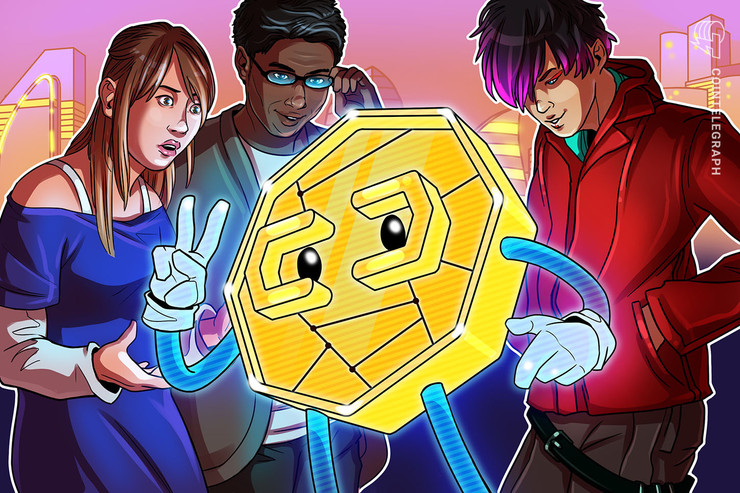 Cryptocurrency — also known as crypto — is a digital currency designed to work as a medium of exchange. It uses cryptography (the practice of securing communication under a third party) to secure and verify transactions, as well as to control the creation of new units of a particular cryptocurrency.

Essentially, cryptocurrencies are limited entries in a database that no one can change unless specific conditions are fulfilled.

A cryptocurrency beginner may feel like the various currencies sprung up overnight when actually, there’s a significant backstory. Following the development of the internet, the ability to transfer information and data became quicker than historically possible. Email took physical mail digital, paving the way for typed interactions and document transfers between parties within seconds. Cryptocurrency is a similar concept, except it’s regarding value and money.

Online banking, internet payment gateways and credit cards function with considerable speed in the digital world. Such options, however, often involve third parties, are censorable and sometimes must settle on the backend during weekdays, depending on the banks involved, etc.

Efforts toward online monetary solutions, including DigiCash, surfaced prior to the year 2000, but the first modern-area cryptocurrency to gain significant adoption and viability did not emerge until 2008. Pseudonymous creator Satoshi Nakamoto published Bitcoin’s (BTC) white paper, to describe the written concept of the asset, in 2008.

The significance? Bitcoin solved the issue of users spending the same asset more than once, known as double-spending. Built using blockchain technology, Bitcoin is run by numerous computers across the globe that collectively verify transactions and protect the network against hacking, due to the lack of a single point of failure.

Bitcoin launched on its blockchain network in 2009. Since then, other people and companies have built numerous additional crypto assets — some of which position themselves as faster or more private assets. Other blockchains, such as Ethereum, were also created, giving developers a platform on which to build various additional assets and solutions. 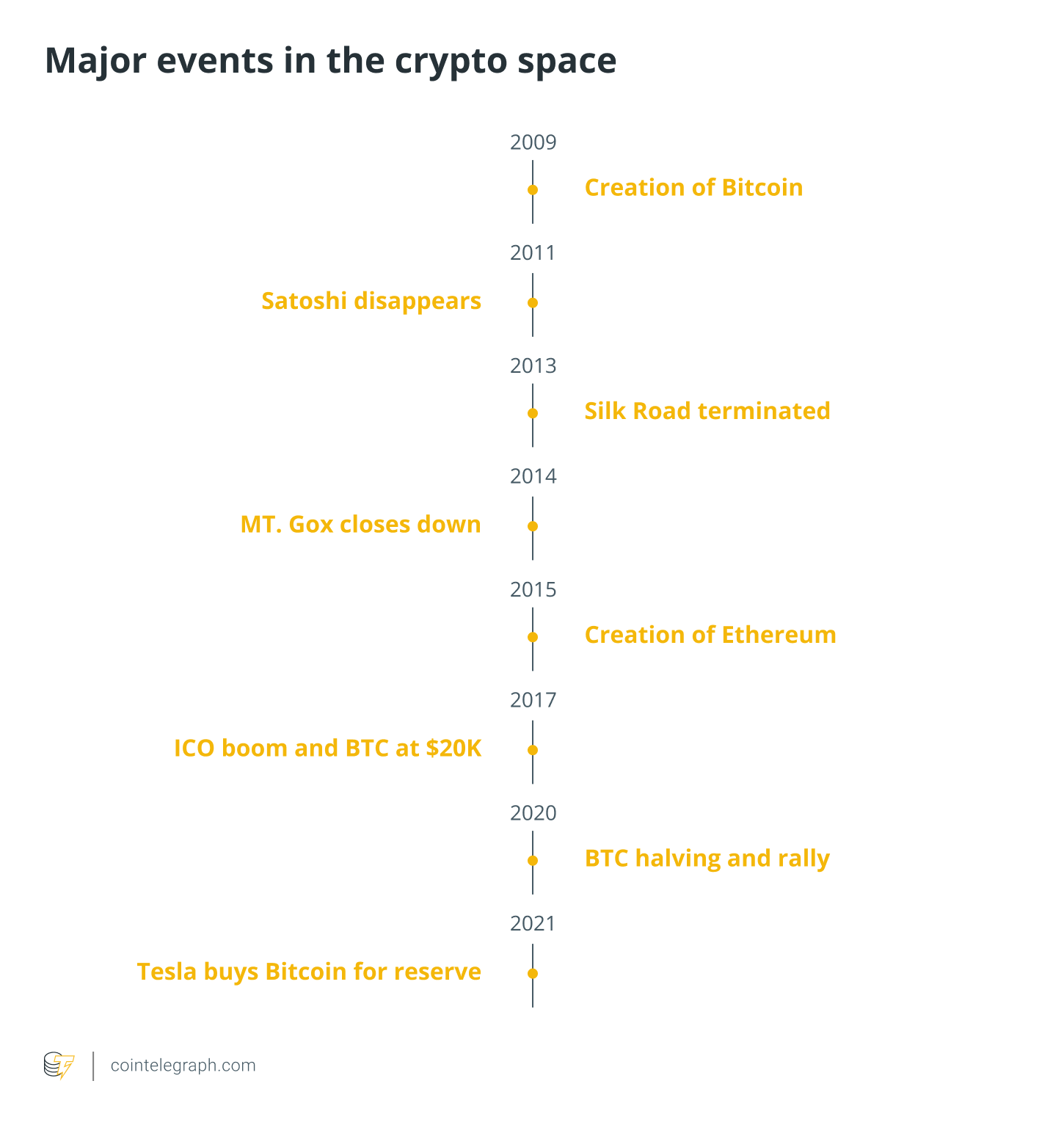 Over the years, cryptocurrency has gone from Bitcoin, its pioneer asset, to an industry filled with numerous blockchains, solutions and assets. Subcategories within the industry have also formed, such as the decentralized finance niche. DeFi strives to provide individuals with versions of the same financial tools they’ve grown accustomed to, but with the added benefit of no trusted third parties. This includes lending and borrowing.

What can you do with cryptocurrency?

You can do a number of things with cryptocurrencies, depending on which one you are working with. On the most basic level, the definition of a cryptocurrency asset is that it can be used to send value from one person to another, or to pay for goods and services.

If you are a merchant, you can also accept digital assets as payment, directly or through a payment processor or service that is more convenient and adds capabilities. Some services give the option to convert paid cryptocurrencies into cash automatically on the back end, while there are also some companies that offer crypto top-up debit cards that are indistinguishable from any other plastic card to pay for goods or services.

Additionally, you can mine cryptocurrencies. Mining uses your computer or designated hardware to help run the networks that back crypto assets. Running a function on your computer or hardware automatically and continuously after it’s set up, mining generates revenue and helps to validate the transactions that are carried out on the blockchain, depending on the computing power designated.

People can also borrow crypto assets on various platforms, and earn interest for loaning out assets. This niche of the cryptocurrency space is what is known as decentralized finance, or DeFi. Based on distributed ledger technology, various platforms facilitate the lending and borrowing of crypto without requiring the user to submit to the control of a centralized entity. DeFi also includes other aspects as well, such as decentralized exchanges, or DEXs.

How do cryptocurrencies work?

Most cryptocurrencies (aside from a select few) work by operating on a blockchain. Essentially, a blockchain is a network of many computers around the world that pool together computing power to validate the network operations.

As a part of the mining process, the first one to solve a puzzle gets a reward for helping the network function. This is called mining. Mining is necessary for putting more of any given asset into circulation from its related maximum supply. Blockchain helps decentralize assets, holding significant security benefits over centralized systems with one point of failure. 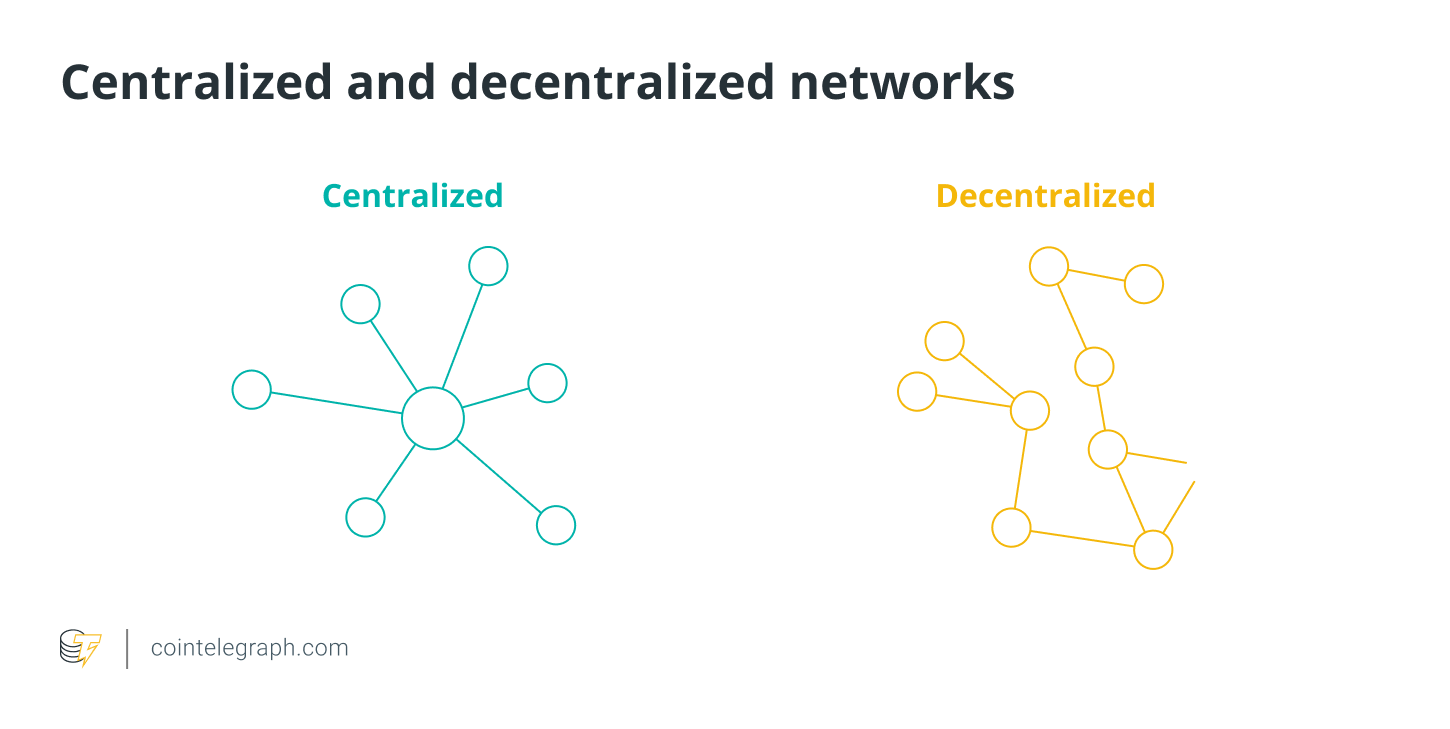 Blockchains typically function via proof-of-work or proof-of-stake consensus algorithms. PoW operates based on miners, who often designate specific computing machines for the process.

PoS, on the other hand, runs on staking. In the staking system, rewards are distributed to help run the network by holding assets in certain designated wallets. A number of PoS assets also allow for masternodes — a more complicated staking process that usually requires a certain minimum number of coins.

How many types of cryptocurrencies exist?

Although the cryptocurrency space began with just Bitcoin, the industry has since flourished into countless other assets, projects, companies and concepts. Several categories emerged as the years passed.

Bitcoin initiated as more of a currency, noted in its original white paper. However, the asset has taken on more of a store-of-value role, similar to the public’s view of gold.

Other crypto assets position themselves more as transactional assets, capable of fast payments and transfers based on blockchain tech. Utility tokens exist as another faction within the crypto space. Utility tokens each play a role within a larger project, serving a function within an ecosystem aimed at a particular solution.

Stablecoins peg their values to various national currencies or assets, such as gold. Most often pegged one-to-one with the U.S. dollar, stablecoins give users a way to sell into an asset carrying the same value as a national currency, but one that can still be transacted and stored in a crypto-esque fashion within the ecosystem.

Nonfungible tokens, or NFTs, are yet another type of cryptocurrency. NFTs are typically each unique in value and likeness, whereas other crypto assets can usually be swapped one for one with another of the same type. For example, you can generally trade 1 BTC for 1 BTC, although doing so would not make sense in many cases. Digital artwork is one example of a type of NFT.

Before interacting with any given asset, it may be important to look up the asset’s type and function, depending on your goals. Not all digital assets were created for investment purposes.

How to buy cryptocurrency

Given the pace of crypto adoption, there are a number of ways to buy cryptocurrency. Crypto-native exchanges offer a plethora of different digital assets for buying and selling. In the mainstream world, PayPal serves as one example platform on which participants can buy and sell certain digital assets. Crypto ATMs also exist in various parts of the world.

As far as payment for assets goes, platforms offer crypto purchases via bank transfers, crypto transfers or credit cards, depending on the platform. Buying crypto with cash in a person-to-person fashion is also possible. Availability for buying and selling crypto on any given platform, however, can vary from region to region.

Regulation has come into play worldwide with the growth of the industry. Over the years, the United States has increasingly stepped up its overwatch of the space. The Securities and Exchange Commission cracked down on initial coin offerings, or ICOs, after the mania of 2017 and 2018. The Commodity Futures Trading Commission and other U.S. agencies have also engaged in various capacities.

Additionally, crypto regulation outside the U.S. has changed over time, based on evolving regulatory guidelines. The 5th Anti-Money Laundering Directive from the European Union, for example, entails that crypto buying and selling, and other operations must comply with certain guidelines in certain regions.

Since crypto is a relatively new industry compared with others, legal clarity does not yet exist in terms of requirements for all areas of the space. Part of such clarity includes asset classification. Bitcoin and Ether (ETH) are viewed as commodities, although categorization for numerous other assets remains unclear.

Who has historically impacted cryptocurrency?

A number of figures have significantly impacted the cryptocurrency industry throughout its time. Nakamoto kickstarted the sector with the creation of Bitcoin. Known for building Ethereum, Vitalik Buterin has also notably impacted the cryptocurrency movement. With Ethereum came a whole world of extra tokens built on its network, called ERC-20 tokens. Many ICOs built their offerings on Ethereum during the 2017 boom.

Jed McCaleb helped spread Bitcoin’s prominence in the industry’s early days as a result of starting Mt. Gox, a place that frequently hosted Bitcoin trading (despite its original function as a hub for fans of a game called Magic: The Gathering). However, it was rendered infamous when the platform fell apart in 2014.

Changpeng Zhao increased crypto-asset availability as one of the founders of Binance, which has grown into one of the largest crypto exchanges. Co-creator of the FTX digital asset trading platform, Sam Bankman-Fried, serves as another important individual in the industry, impacting trading, DeFi and other aspects.

Numerous others have also made their mark on the industry, some of whom Cointelegraph lists in its top 100 people in crypto and blockchain for 2021.

To the moon and beyond

Cryptocurrency has come a long way over the last decade, advancing at a lightspeed pace. Value can be stored, transferred and spent in different ways through various assets and solutions, while DeFi has pioneered the way for new borrowing and lending avenues.

Some mainstream companies also view blockchain technology itself with interest, evaluating various uses, such as supply chain. The future of cryptocurrency and its associated technology appears bright, judging by the growth and adoption seen since 2008 when Nakamoto published the framework for a little asset called Bitcoin.