Challenges Stablecoins Are Faced With, Explained 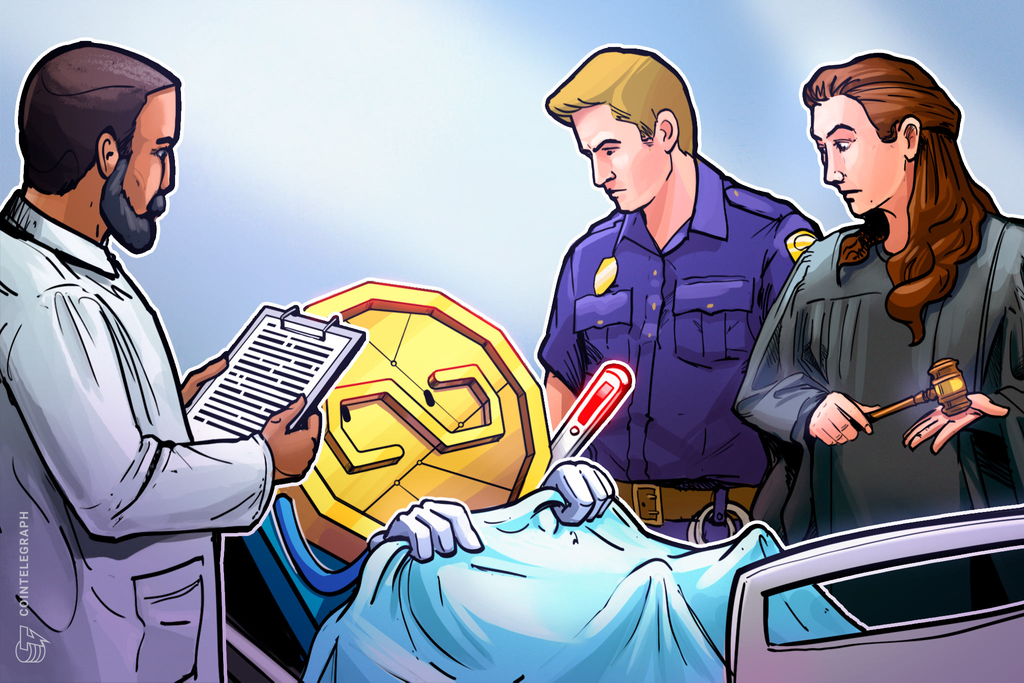 Remind me: What is a stablecoin?

All this sounds good. So, what’s the problem?

Where do regulators stand on stablecoins?

What can stablecoin operators do?

What will 2020 hold for stablecoins?

Remind me: What is a stablecoin?

A stablecoin is a type of cryptocurrency that often has its value pegged to another asset, such as fiat currency, precious metals or other types of crypto.

With major digital currencies like Bitcoin (BTC) experiencing sudden price jumps &mdash; sometimes in a matter of seconds &mdash; skeptics argue that normal cryptos are near impossible to use as a medium of exchange. Your morning cup of coffee could end up being 25% more expensive in the time it takes to check out.

Stablecoins aim to tackle this by being collateralized. How this works in practice varies. In some cases, $1 is held in reserve for every unit of a stablecoin in circulation, or perhaps a gram of gold. Given how dollars and precious metals aren&rsquo;t as susceptible to erratic price swings, most stablecoins aim to remove some volatility from the equation. They can also double up as a safe haven for crypto enthusiasts when the markets are bearish and taking a beating.

You can read a more detailed guide covering the basics of stablecoins&nbsp;here.

All this sounds good. So, what’s the problem?

Some of the biggest players in the stablecoin market have been accused of lacking transparency.

Tether is the&nbsp;seventh-biggest cryptocurrency in the world at the time of writing &mdash; and the high-profile stablecoin has a market cap of more than $4 billion. But its simple promise that every unit is &ldquo;100% backed&rdquo; by United States dollars has been brought into question in recent years &mdash; and legal issues have been on the horizon.

Crypto critics have long called for Tether to subject itself to an independent audit to verify the veracity of its claims, but such checks have not been forthcoming.&nbsp;Recent changes to the terms on its website also suggest that the stablecoin is being backed by other assets. It says this may include receivables from loans issued. Confirmation that Tether is running on a fractional reserve later came from the stablecoin operator&rsquo;s lawyers,&nbsp;who revealed in court documents that the company only has enough cash to back 74% of its supply. &ldquo;A small amount of reserves&rdquo; are also in Bitcoin, prompting a&nbsp;New York Supreme Court judge to ask why Tether had placed its assets in the same volatile currency it was meant to modulate.

All of this comes as an&nbsp;ongoing case by the New York Office of the Attorney General alleges that $850 million of Tether&rsquo;s funds were used to cover losses at Bitfinex, an affiliated exchange &mdash; affecting confidence in centralized stablecoins.

Some decentralized stablecoins have also been running into difficulty. DAI &mdash; an ERC-20 token pegged at 1:1 with the U.S. dollar, with an exchange rate maintained by overcollateralizing with Ether (ETH) &mdash; has struggled at times to maintain its $1 price point.

Where do regulators stand on stablecoins?

As with other cryptocurrencies, the regulatory landscape is patchy and confused.

Japan &mdash; a developed economy that has taken a friendlier stance toward crypto than other countries &mdash;&nbsp;seems to be leading the charge in finding a way to regulate stablecoins. Tokyo believes such digital currencies have the potential to make remittances &mdash; payments that foreign workers send home to their loved ones &mdash; faster and cheaper. Given how&nbsp;more than $500 billion was sent in global remittances to developing countries in 2018 &mdash; with migrants facing stubbornly high fees averaging at 7% &mdash; this can&rsquo;t be a bad thing.

Over in the U.S., which has taken more of a cautious approach to cryptocurrencies in general, it seems that regulation will depend on the method that these coins use to achieve their stability. As a result, stablecoins pegged to the U.S. dollar would be handled differently to those that maintain a stagnant price by algorithmically adjusting supply against demand.

Even though &ldquo;regulation&rdquo; is seen as a bad word, there is an argument that clear guidelines from financial bodies could help stablecoins &mdash; and the wider crypto sector &mdash; grow. Timothy G. Massad, a senior fellow at Harvard&rsquo;s John F. Kennedy School of Government, believes&nbsp;strengthening regulations would better protect crypto investors, encourage innovation, reduce cases where digital currencies are used for illicit purposes and make cyberattacks less frequent.

Back in August, the European Central Bank warned that regulatory uncertainty may make it difficult for stablecoins with a clear governance framework to emerge.

What can stablecoin operators do?

Rivals to Tether have been capitalizing on its weaknesses by opening their books to the public and ensuring their stablecoins are actually 100% backed by U.S. dollars.

One such product is USDK. Launched in June 2019, the ERC-20 stablecoin was co-developed by blockchain technology company&nbsp;OKLink and U.S.-licensed trust company Prime Trust, with funds escrowed independently. The operator says it offers a guaranteed 1:1 conversion rate between USDK and USD, and its monetary value is 100% reserved. To this end, independent auditing firm Armanino provides monthly reports of the USD held by Prime Trust for USDK token holders in order to deliver maximum transparency to the public &mdash; while smart contract audits are performed by third-party companies such as Certik and Slowmist.

Trading on leading exchanges OKEx and Bitfinex, USDK offers the necessary liquidity for financial players to make use of the stablecoin.

Potentially, but there are hurdles that stand in the way.

Earlier this year, Facebook unveiled plans for&nbsp;Libra &mdash;&nbsp;a stablecoin that would be pegged to a basket of assets &mdash; including major fiat currencies such as the U.S. dollar, yen, euro and pound. The social network has the vision of enabling its billions of users to send and receive money between each other &mdash; including across borders &mdash; potentially disrupting the remittances market. However, Mark Zuckerberg, the co-founder and CEO of Facebook, has had to slam the brakes on the project, with American politicians fearing that it could undermine the U.S. dollar and even threaten the global economy. That&rsquo;s thrown its 2020 launch date into doubt, with Facebook&nbsp;admitting to investors that it may never launch at all.

Walmart, one of the world&rsquo;s biggest retailers, has also been getting in on the action.&nbsp;A patent filing suggests that, like Facebook, it wants to develop a digital currency backed by the U.S. dollar that could be used to store wealth &mdash; and be redeemed and converted into cash at selected retailers. This could give consumers who don&rsquo;t use banking services a financial alternative, and prove a headache for credit and debit card companies. As reported by Cointelegraph, some experts believe Walmart will face less regulatory pushback than Libra.

These projects have thrust stablecoins into the limelight &mdash; giving many members of the public their first opportunity to understand what blockchain and crypto are, and what they could offer. Back in February, a report published by the stablecoin startup Reserve claimed that stablecoins will play a key role in the mainstream adoption of crypto technologies &mdash; not least in countries that have been ravaged by hyperinflation, such as Venezuela and Angola. Stablecoin trading volumes have been rising steadily over the past few months, with market cap records being broken along the way.

What will 2020 hold for stablecoins?

Big launches and some further regulatory drama are increasingly likely.

Keep an eye on Facebook and Walmart to see how their projects progress, and watch as countries around the world unveil plans to launch digital versions of their own currencies. It&rsquo;s likely that regulators will have no choice but to come up with a crystal-clear framework that outlines where stablecoins fit into the economy &mdash; but some countries,&nbsp;like India, may continue to push for an outright crypto ban.

Back in the crypto community, the coming year could see exchanges work together to ensure that stablecoins are available in as many places as possible &mdash; a push for disintermediation and financial inclusion. USDK has set the ball rolling by listing on both OKEx and Bitfinex, meaning the digital currency can benefit a broader cross-section of consumers.