The news follows removal of suggestions Tether had full fiat backing, while a fresh legal case rumbles on.

Tether does not have the fiat reserves to back its tokens, lawyers say 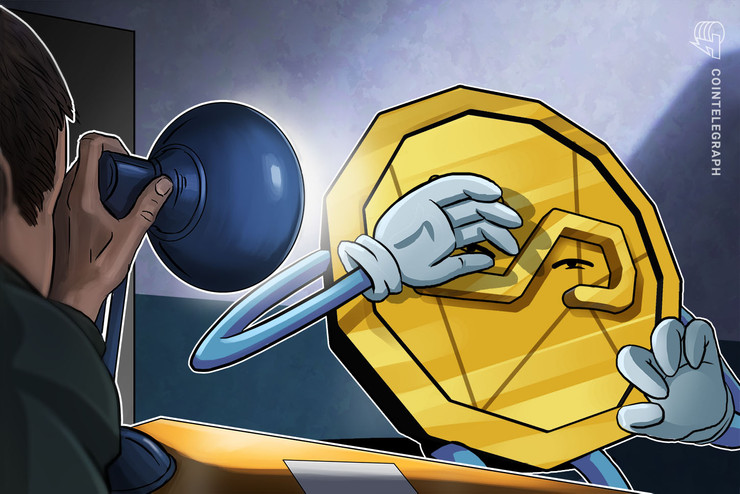 The company behind USD stablecoin Tether (USDT) only has enough cash to back three-quarters of its increasing supply, its lawyers confirmed in documents released on April 30.

As part of an ongoing legal process involving the New York Attorney General, Zoe Phillips of law firm Morgan Lewis said that at the time of writing, 74% of Tether’s reserves had USD and equivalent backing.

The figure falls short of previous promises given by Tether executives, specifically that every USDT token had full fiat backing, something a bank statement appeared to confirm in December last year.

“In fact, Tether’s reserves of cash and cash equivalents alone (without the line of credit) would cover approximately 74 percent of the outstanding amount of tether,” Phillips wrote.

The legal battle stems from claims that cryptocurrency exchange Bitfinex, which shares its CEO with Tether, used reserves to plug holes left from a problematic outsourcing agreement earlier in 2018.

The claims, which both Bitfinex and Tether are in the process of refuting, mark the latest in a series of issues both companies have faced regarding the transparency of their operations.

Bitfinex, for example, has previously faced accusations it was insolvent, which it publicly denied.

While Phillips does not see problems with Tether’s current reserve ratio, her language runs in sharp contrast to a project which previously marketed itself as the antithesis of fiat-based fractional reserve banking.

“This sort of ‘fractional’ reserving arrangement is similar to how commercial banks work. No bank holds in liquid cash more than a small percentage of depositors’ money,” she continued. Phillips added:

“The funds are invested. The markets clearly remain confident in tether, as it currently trades just shy of $1 dollar per U.S. Dollar tether — even after the Attorney General’s highly inflammatory and misleading public application. Any suggestion that tether holders face liquidity risk is unsupported speculation.”

According to an affidavit seen by cryptocurrency news outlet CoinDesk, Stuart Hoegner, general counsel for Tether and Bitfinex, corroborated the 74% backing figure.

As Cointelegraph reported, Bitfinex is rumored to be mulling a so-called initial exchange offering (IEO) to raise funds.