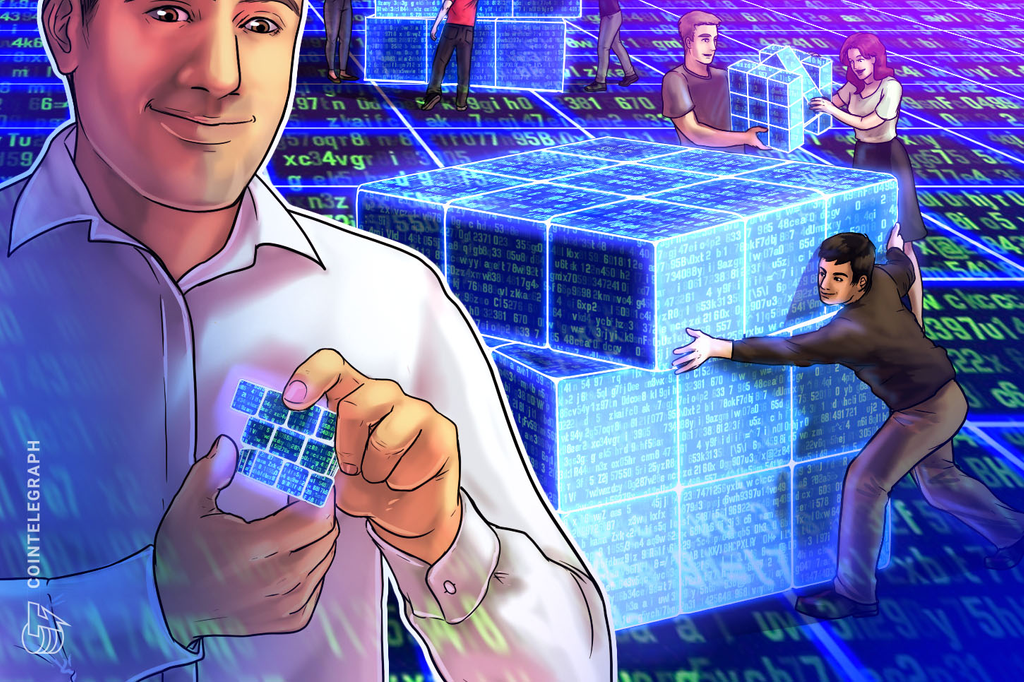 Why does block size matter?

Why increase the block size?

Why did Bitcoin fork and split?

A block comprises a file in which data pertaining to the most recent transactions on the Bitcoin (BTC) network is permanently recorded. Each block can be likened to a page of a ledger, with the blocks &ldquo;chaining&rdquo; together to comprise the decentralized ledger that underpins the Bitcoin network.

Those bundled transactions are confirmed by miners before they are added to the Bitcoin blockchain as new blocks. The size of a block creates a limit on the number of transactions that can be verified with each block. As such, larger blocks require greater computation power and will take longer to be mined. Blocks exceeding the limit will be rejected by the network.

During Bitcoin&rsquo;s infancy, blocks were limited to carry no more than 36 megabytes of transaction data each. However, the block size was reduced to 1 MB on July 14, 2010 in order to counter both the threat of transactional spam clogging up the network and potential distributed denial-of-service (DDoS) attacks.&nbsp;

However, universal consensus regarding an ideal block size was not found, and core developers predicted that the rate of transactions hosted by the network may exceed the available block space in future, arguing in favor of an increase to the 1 MB limit shortly after it was put in place. Since the introduction of the 1 MB block limit, the number of transactions processed per second by the BTC network has largely oscillated between two and seven.

Chart of Bitcoin transactions per second

Why does block size matter?

The size of a block imposes a limit on the number of transactions that the Bitcoin network is capable of processing per second and thus can be seen to inhibit the network&rsquo;s ability to scale. When blocks fill, the network becomes congested, and transaction fees rise dramatically.

At the start of 2013, the average Bitcoin block size was approximately 125 kilobytes. By May 2015, increasing adoption had led to a 240% rise in block size since 2013 &mdash; from 125 KB to roughly 425 KB &mdash; however, crypto trade tool provider TradeBlock then estimated that blocks were hitting the 1 MB limit at least four times daily on average.&nbsp;

By 2015, the increasing prevalence of blocks near the limit of transactional data began to pervade the mainstream cryptocurrency zeitgeist, with concerns pertaining to a significant slowdown in the processing of transactions and an increase in fees being brought to the fore.

The resulting increased fees and delays in the processing of transactions were seen to undermine the core utilities underpinning BTC, with many within the community concerned that network congestion and an increase in the cost of transfers would render Bitcoin redundant as a means of exchange.&nbsp;

At the time, TradeBlock estimated that &ldquo;at least some otherwise-acceptable transactions are seeing delayed confirmations due to capacity issues on the network 3% of the time since the beginning of the year.&rdquo;

Why increase the block size?

Over the years, Bitcoin has seen numerous proposals advocating that an increase is needed in order to reduce fees, process more transactions per second and allow Bitcoin to scale to compete with mainstream payments technologies.&nbsp;&nbsp;

On May 4, 2015, Gavin Andresen published an article titled &ldquo;Why increasing the max block size is urgent,&rdquo; further escalating the perceived gravity of the block size debate, despite the average BTC block then being only 30-40% full. Andresen warned:

&ldquo;If the number of transactions waiting gets large enough, the end result will be an over-saturated network, busy doing nothing productive. I don&rsquo;t think that is likely &mdash; it is more likely people just stop using Bitcoin because transaction confirmation becomes increasingly unreliable.&rdquo;

Later that month, Andresen asserted that he would shift his work toward alternative client Bitcoin XT should the community fail to reach consensus regarding the implementation of a block size increase. The 0.10 version of Bitcoin XT had been launched during December 2014 by Bitcoin Core developer and prominent critic of the 1 MB block limit Mike Hearn.

On June 4, 2015, Andresen advocated that the miners and node operators should be able to autonomously decide the size of blocks, arguing that the community should either maintain the limit and &ldquo;see how high transactions fees must rise until miners realize they&rsquo;re &lsquo;leaving money on the table&rsquo; and raise the -blockmaxsie themselves&rdquo; or alternatively &ldquo;replace the limit with a &lsquo;go along with the crowd&rsquo; rule that means any miner that doesn&rsquo;t care will create blocks that neither increase nor decrease the average block size.&rdquo;

On June 22, 2015, Andresen published Bitcoin Improvement Proposal (BIP) 101, which advocated &ldquo;replacing the fixed one-megabyte maximum block size with a maximum size that grows over time at a predictable rate.&rdquo;

The 8 MB limit was estimated to be able to facilitate the processing of 24 transactions per second. The BIP101 proposal was well-received by large segments of the public, including leading Chinese mining pools.

However, the Bitcoin community remained divided on the issue of block size, with Bram Cohen, the creator of Bittorrent, publishing an article titled &ldquo;Bitcoin&rsquo;s Ironic Crisis&rdquo; on June 23, 2015, in which Cohen argued in favor of transactions fees being determined by market forces amid the maintenance of the 1 MB block limit:

&ldquo;The proposed &lsquo;solution&rsquo; to the &lsquo;problem&rsquo; of hitting the transaction rate limit is to raise the limit from 1 megabyte to 20 megabytes. This sort of change flies directly in the face of the ethos of Bitcoin.&rdquo;

Cohen asserted that the prevalence of high fees would evidence Bitcoin to be &ldquo;providing real value&rdquo; and emphasized the incentive such an option would offer to miners in exchange for securing the network. Furthermore, Cohen added:

&ldquo;In the long term the mining rewards for Bitcoin will go away completely (there&rsquo;s a strict schedule for this) and all that&rsquo;s left will be transaction fees. Attempting to &lsquo;solve&rsquo; the problem of transaction fees would in the long run undermine the security of Bitcoin even if it were done perfectly.&rdquo;

On Aug. 16, 2015, Andresen&rsquo;s BIP101 was merged into the code of Bitcoin XT. Despite BIP101 receiving widespread support from the crypto community, the inclusion of BIP101 into Bitcoin XT&rsquo;s protocol failed to spark widespread adoption of the alternative client. During the second half of 2015, users of Bitcoin XT alleged that they were the victims of a coordinated attack against the chain.

Bitcoin XT, Bitcoin Unlimited, Bitcoin Classic and Segwit2x were among the initiatives to increase Bitcoin block size that received the greatest community support during 2016, but none have succeeded in forcing a block size increase.

At the time, Bitcoin Classic emerged as the means to a block size increase that appeared to garner the greatest community support following its launch on Feb. 10, 2016. The proposed fork would support a one-time 2 MB block size increase, with the Wall Street Journal&rsquo;s Paul Vigna describing the proposal as having &ldquo;emerged from the ashes of the XT/Core debate.&rdquo; Despite appearing to quickly gain support, Bitcoin Classic failed to attract support from more than 75% of miners and, as such, failed to emerge as the dominant chain. Bitcoin Classic would eventually cease operations after the project&rsquo;s developers pledged support for the Bitcoin Cash chain during 2017.&nbsp;

On Feb. 20, 2016, Bitcoin Roundtable &mdash; a consortium representing many of the leading businesses, exchanges, wallets and mining pools of 2016 &mdash; outlined a plan for a hard fork of the Bitcoin blockchain that would force the introduction of the Segregated Witness (SegWit) protocol alongside a 2 MB block size increase.

Segregated Witness, or SegWit, is a process by which the data capacity of a block is increased by removing signature data from a Bitcoin transaction. When certain parts of a transaction are removed, capacity is freed up to add more transactions to a block. WIth SegWit, each byte of data only counts as one-quarter of a block, facilitating four times as many transfers to be recorded within a block.

Following a year of intensifying debate regarding the block size limit, a proposal for SegWit 2 MB was published on March 31, 2017. The proposal advocated the activation of Segregated Witness via a soft fork and then a subsequent hard fork to raise the block size to 2 MB.

During the following month, Digital Currency Group published an article titled &ldquo;Bitcoin Scaling Agreement at Consensus 2017.&rdquo; It outlined what became known as &ldquo;The New York Agreement,&rdquo; expressed a commitment to the activation of SegWit and the implementation of a 2 MB block size limit on behalf of the 58 major Bitcoin companies that then controlled 83.28% of hashing power and represented $5.1 billion in monthly on-chain transaction value. Despite attracting notable support from leading actors within the cryptocurrency industry, the &ldquo;SegWit2x&rdquo; fork was canceled just days from its scheduled activation.

Why did Bitcoin fork and split?

The inability of the community to find consensus regarding a proposal to increase the block size resulted in a user-activated hard fork of the Bitcoin blockchain in August 2017.

While numerous proposals advocating a change to the block size limit had failed to gather the support required to manifest change, transaction fees had skyrocketed by mid-2017. During August 2015, the average BTC transaction fee was just $0.50. However, by June 2017, median fees had increased 10x to approximate $5. With nearly half of the world&rsquo;s population living on less than $5.50 per day, high fees appeared to have rendered BTC completely unusable for the world&rsquo;s developing populations, driving a renewed push from within the crypto community to conduct a user-activated hard fork that would raise Bitcoin&rsquo;s block size limit.&nbsp;

On Aug. 1, 2018, Bitcoin Cash (BCH) successfully forked away from BTC, splitting the Bitcoin network in two. BCH introduced a block size limit of 8 MB, in addition to implementing a difficulty adjustment algorithm. The fork also rejected the implementation of the Segregated Witness soft fork, which was activated on BTC on July 21, 2017. Rather than explicitly increase the BTC block size, SegWit introduced a &ldquo;block weight&rdquo; of 4 MB for Segregated Witness transactions.

During May 2018, BCH underwent a hard fork to increase the block size to 32 MB. However, it then went on to undergo a hard fork once again during November in a network split that saw the emergence of rival chain Bitcoin SV. Initially supporting a block size of 128 MB, Bitcoin SV&rsquo;s Quasar upgrade further lifted the maximum block size to 2 gigabytes in July 2019.