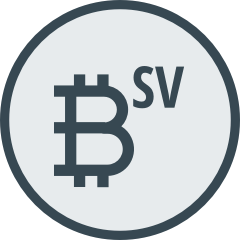 Bitcoin SV’s monetary policy is identical to Bitcoin Cash (BCH) and Bitcoin (BTC), with the same block times, block rewards and supply cap, but it differs from both in notable ways. Like Bitcoin Cash, Bitcoin SV’s scalability solutions center on increasing the block size, which allows more transaction throughput while sacrificing accessibility to the mining economy through an even heavier computational load. The Bitcoin SV fork from Bitcoin Cash was the result of a debate within the Bitcoin Cash community on a set of improvement proposals to make transactions and on-chain operations more efficient.