5 Major Reasons Why Monero Has Spiked

Monero (XMR), a privacy-focused open source cryptocurrency, has agitated the digital currency community after demonstrating a nearly 100% increase in price over a 6-day period. 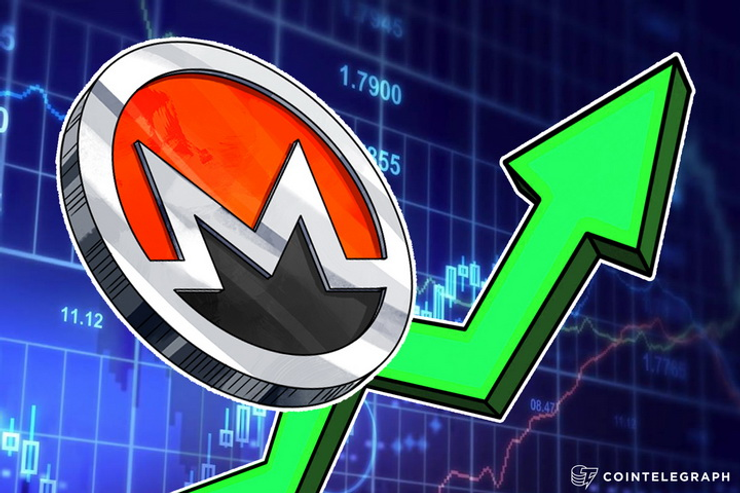 Monero (XMR), a privacy-focused open source cryptocurrency, has agitated the digital currency community after demonstrating a nearly 100% increase in price over a 6-day period, from August 24th-30th. Users and investors of the currency, which has been around for over two years, have questioned the factors behind the sudden increase in the price of Monero.

At the moment, experts suggest that there should have been at least five major factors which triggered the value of Monero: the integration of Monero by darknet marketplaces, continuous support of experts, legitimate cryptography, a rise in demand for privacy-focused cryptocurrencies and mainstream media exposure.

Cointelegraph looks into these top five reasons for Monero to spike.

Prior to its price spike, an online darknet market on the Tor network known as AlphaBay Market announced the implementation of Monero due to a strong demand from the community.

“We will officially open Monero deposits and withdrawals on September 1st, 2016. We have just finished upgrading the platform to allow Monero Escrow / FE transactions, and to give time for vendors to edit their listings in order to select that Monero is accepted.”

Immediately after the statement of AlphaBay Market was released, another popular darknet marketplace Oasis Market announced their implementation of Monero, offering AlphaBay help with the implementation and other technical issues involved in using the currency.

The announcement of both AlphaBay and Oasis were made public by major mainstream media outlets including Motherboard Vice, ZDNet, and Techmeme, pushing the price and demand for Monero.

Mainstream news networks began to publicize articles on Monero on the 22nd of August. The price spike began at a similar time period.

Dash has always been the dominant privacy-focused cryptocurrency with substantially higher market cap and trading volumes compared to Monero. However, as its cryptography and infrastructure began to be heavily criticized by experts and developers such as Peter Todd, many users and investors shifted their gear towards Monero.

Since its release in April 2014, Monero has been praised for its legitimate cryptography and well established infrastructure by developers. Peter Todd and Greg Maxwell specifically complimented the xmr.to service and Monero’s invention of Ring CT, that enables Maxwell’s Confidential Transactions scheme to work with Monero’s ring signatures.

Monero Developer under the nickname “fluffypony” commented via DisQus:

Although the price spike of Monero was somewhat unlooked-for, experts like Peter Todd consistently emphasized and praised the efforts of the Monero development team in creating an actual alternative to Bitcoin which promises robust infrastructure and reliable privacy-features.

.@TheRektoning Without a doubt I'd choose @monerocurrency over @Dashpay - the latter is snakeoil, the former genuine crypto.

It is still relatively difficult to speculate on the major factors which led to a sudden increase in the price of Monero. However, it convinces with the downfall of Dash, integration by darknet marketplaces, and increasing interest from the mainstream media.

Related News
What Is the Differ