50,000 of Ulbricht’s Bitcoins up for Auction by US Govt, Auernheimer Stakes Claim

The US is set to sell off 50,000 bitcoins previously owned by jailed Silk Road founder Ross Ulbricht in a sealed auction, it has been announced. 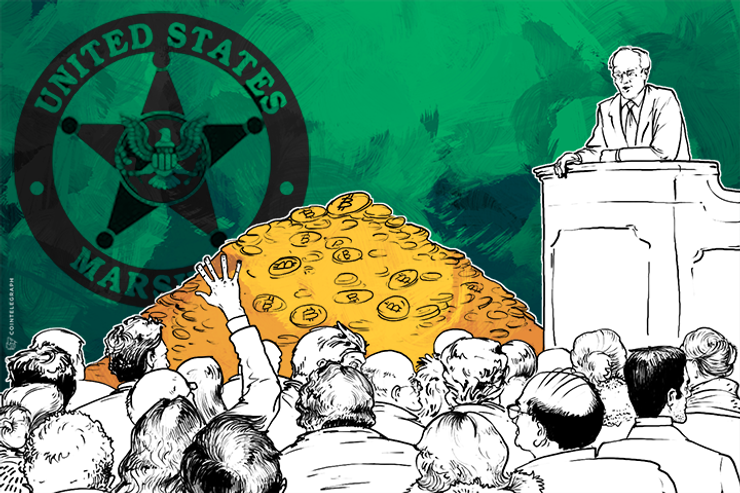 The US is set to sell off 50,000 bitcoins previously owned by jailed Silk Road founder Ross Ulbricht in a sealed auction, it has been announced.

Registration has already commenced for bidding on the coins, which were seized in October 2013 during a raid on Ulbricht’s computer equipment, and will run until March 2. The auction is made up of two series, 10 blocks of 20,000BTC and 10 blocks of 30,000BTC respectively.

Bids for the auction, the third of its type and the first since Ulbricht’s conviction, are subject to strict rules: participants may not change their bids after submission and all bids are placed in secret. According to the US Marshals Service, a total of 144,336BTC was found in Ulbricht’s possession, and following next month’s auction the US will have sold 130,000, the New York Times notes.

The latest auction comes at an interesting time for the Bitcoin economy, with current prices generating speculation, the paper reports, as to whether Bitcoin is a “desirable investment.” A former investment banker who asked to remain anonymous told Cointelegraph that it “could easily bring the price of BTC down to US$150 within a short time period following the closing of the auction.” Another conversely stated, “[U]sually after auctions the price goes up, because the bottom is set.”

The extent to which this will drive bidding and pricing activity on auction day, March 5, especially from figures such as Tim Draper and SecondMarket active in previous auctions, remains to be seen.

Gil Luria of Wedbush Securities nevertheless told Bloomberg that he expected the auction “is likely to attract mostly large existing investors in Bitcoin, including the established Bitcoin companies.”

In the meantime, however, other factors surrounding the US policy of dispensing with formerly private Bitcoin wealth are also coming under scrutiny.

“50,000 BTC seems like a lot for one US Marshal. You can buy a US Senator for far less,” a popular Reddit response to the news reads.

Nonetheless, the practice is set to continue, with the remaining coins rumored to be set for auction in the coming months. Those for sale on March 5 currently have a market value of around US$11.7 million.

In another development, Andrew Auernheimer, the alleged hacker who made the news last year after billing the US government for 28,296 bitcoins, has surfaced to claim ownership of the Silk Road lot. “… Those are rightfully my coins,” he commented on Twitter, adding that he “could not find an attorney” to pursue the case.

@stacyherbert I couldnt find an attorney to take it. Apprently they have sovereign immunity and I need their permission to sue them.