There should be a clear distinction between how Onecoin and Bitcoin are presented to the public to avoid any misunderstandings. 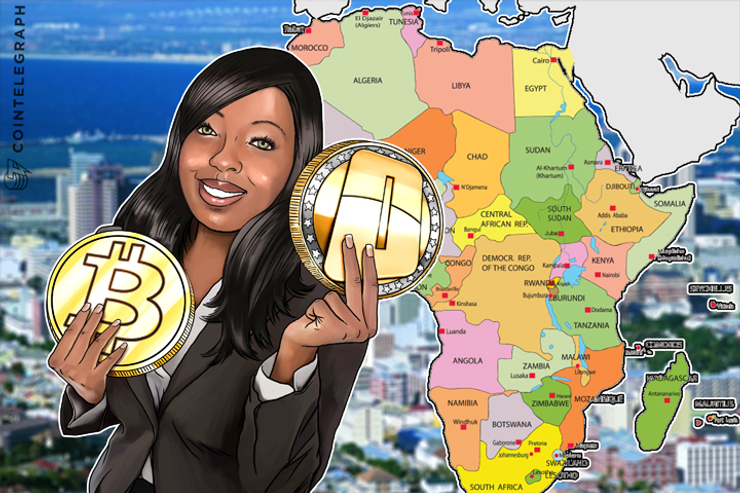 African authorities need to differentiate between Onecoin and Bitcoin, as well as other cryptocurrencies, rather than always place them together when sending out notes of caution, some Bitcoin enthusiasts in Africa have said.

Their comments come in the wake of a recent Bank of Uganda media campaign warning against investing in Onecoin. Similar to the one issued recently by the Central Bank of Nigeria, Uganda’s top bank says the Onecoin entity is not licensed under the Financial Institutions Act 2004 hence operating outside any regulatory purview.

It also adds that whoever is investing in cryptocurrency forms like Onecoin, Bitcoin, Ripple, Peercoin, Namecoin, Dogecoin, Litecoin, Bytecoin, Primecoin, Blackcoin and others is taking a risk in a financial space where there is neither investor protection nor regulatory purview.

The insiders stated that Bitcoin stands out differently for its problem-solving use cases and should be portrayed as such rather than being put side by side with others while their purposes are not well-known.

“With just a little bit of research, the Bank of Uganda and all other various government officials slamming Bitcoin will prove that Onecoin does not produce anything of value: it is only a platform that transfers wealth from people at the bottom of the pyramid to people at the top of the pyramid,” says Kagwiria Mworia, a Bitcoin entrepreneur and cryptocurrency educator in Nairobi:

“There is not a single cryptocurrency exchange I am aware of that is trading Onecoin. This is a big red flag.”

She adds that Bitcoin, on the other hand, is listed as a currency and it serves as a payment system whereby its transactions are all listed in encryption on a public ledger payment system - Blockchain - which is decentralized for anyone to see anywhere.

“Decentralization is a big deal as it enables people to create new Bitcoin services and exchanges,” Mworia says:

“Centralization, as it is the case with Onecoin, means if no more people join the pyramid, if their website is shut down or the key operators of Onecoin are arrested and jailed for running a Ponzi scheme, then those who invested lose every last dime they ever put into Onecoin. With Bitcoin, there is no Bitcoin company, there is no Bitcoin building, there is even no Bitcoin server that can be shut down. It's completely decentralized.”

Though several African countries have seen digital currency-related initiatives springing up, Uganda has been touted to likely be the first African country to regulate digital currencies. A report released in November shows the United Nations African Institute for the Prevention of Crime and the Treatment of Offenders held its first roundtable discussion in the country where issues related to regulation of digital currencies were discussed.

There are now plans to develop instructive guidance underpinned by principles that would be informed by academic research, scholarship and data from the financial regulators.

The difference is clear

The founder of BitcoinNow in Lagos, Davidson Atere-Roberts thinks African governments need to research more to draw informed conclusions about Onecoin and Bitcoin like some European countries have done in the past.

“The Italian government has banned anything Onecoin-related and labeled it an outright scam. Onecoin is a classic pyramid scheme in reality. It is not decentralized neither powered by Blockchain technology, which are the key characteristics of Bitcoin.”

He adds that Bitcoin has a market share of over 90 percent to lead about 700 different digital currencies and its market capitalization is currently over $16 bln.

Atere-Roberts also cites digital currencies’ roles in Asia where Bitcoin is disrupting the remittance market in countries like Japan, South Korea and the Philippines and are at advanced stages of legalizing Bitcoin. China is also working with the local Bitcoin community by creating a regulatory framework. To him, these actions are in contrast to Onecoin and they clearly distinguish it from the Blockchain-pioneering Bitcoin technology.

A request for a comment made to OneCoin’s media unit was not immediately replied as at the time of this publication.