Agriculture Getting an ICO Upgrade to Boost Production in Russia 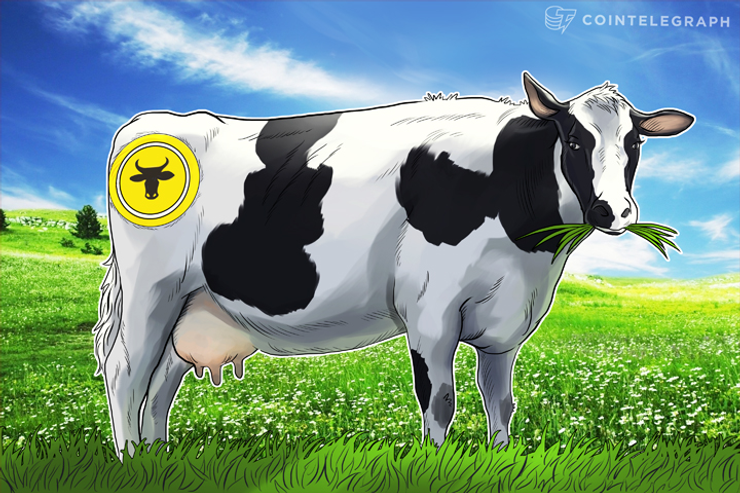 Many ICOs have cropped up to help small startups fund new and innovative ideas, however, a Russian-based agricultural company, Khokholskaya Agricultural Company, is looking to utilize the revolutionary Blockchain technology to help fund a much needed diary farm.

Traditional funding from banks requires a level of collateral, however, land alone is not good enough. This has prompted a look at alternative funding methods with the established Khokholskaya company looking to release an ICO called MilkCoin.

The demand for food production and dairy in Russia is high, however, it is difficult to set up such operations without funding, and as such, the team at MilkCoin believe they have a modern solution.

The demand and need for agriculture and farming in Russia is extremely high, and is inline with an ideology of a national priority project for agricultural production, and is of particular importance both for the region and for the whole country.

To this end, MilkCoin is looking to incentivise investors in what it believes will be a profitable enterprise for both the company and investors. By offering a direct and decentralized opportunity to invest, MilkCoin is allowing investors much more control and insight.

MilkCoin believe that they will be able to fund their dairy farm with funds received through the ICO, as well as help with the Russian demand for foodstuffs after a shortage through the entire year.

Additionally, as an investment model, MilkCoin believes the coming together of this high in demand government back business, with a popular funding tool like an ICO, can return dividends of up to 70 percent.

Construction of a commercial dairy farm

Khokholskaya Agricultural Company claim to be the largest real-business enterprise to conduct an ICO, and have some credentials to back that up. They’ve been in operation since 2009 and already have invested over $10 mln into the project over the past few years.

The project launched by MilkCoin is to meet the target of building a fully-fledged commercial dairy farm in the Voronezh region of Russia. They already have the land - 3,500 hectares of it - and are looking to add machinery, reconstruct the feed elevators, as well as build the animal feed mills, and then bring in the dairy cows.

In staying with the transparent nature of Blockchain, MilkCoin have provided potential investors with an open blueprint of their plan, as well as documents and up to date regulations for the running of this business.

The initiator for their ICO is a European company that is based in Liechtenstein, and for that reason they believe there is added legitimacy as the investments become reliable and secure.

The early indications from MilkCoin are that the annual dividends can reach 70 percent as well as quarterly three percent pay outs. MilkCoin are also predicting the token buyback might reach up to $1.20.