Alyze Sam: Stablecoins Are the “Gateway to Decentralization”

The CEO of GIVE Nation sees stablecoins as a gateway for companies like Facebook and JP Morgan to decentralized assets.

Speaking to attendees at Virtual Blockchain Week from her home in Kansas, Alyze Sam, co-author of a major guide to stablecoins, suggested stablecoins could be the key for big companies like Facebook and JP Morgan accepting decentralized assets as payment.

Her midwestern charm matched her deep knowledge of stablecoins, and Sam sees these digital assets as having a place in the crypto world for the long haul.

“They don’t have that decentralization. They don’t fill that freedom that we all want to experience. But stablecoins offer the benefits of a cryptocurrency, including cryptographic security and the ability to transfer assets digitally with speedy transactions.” 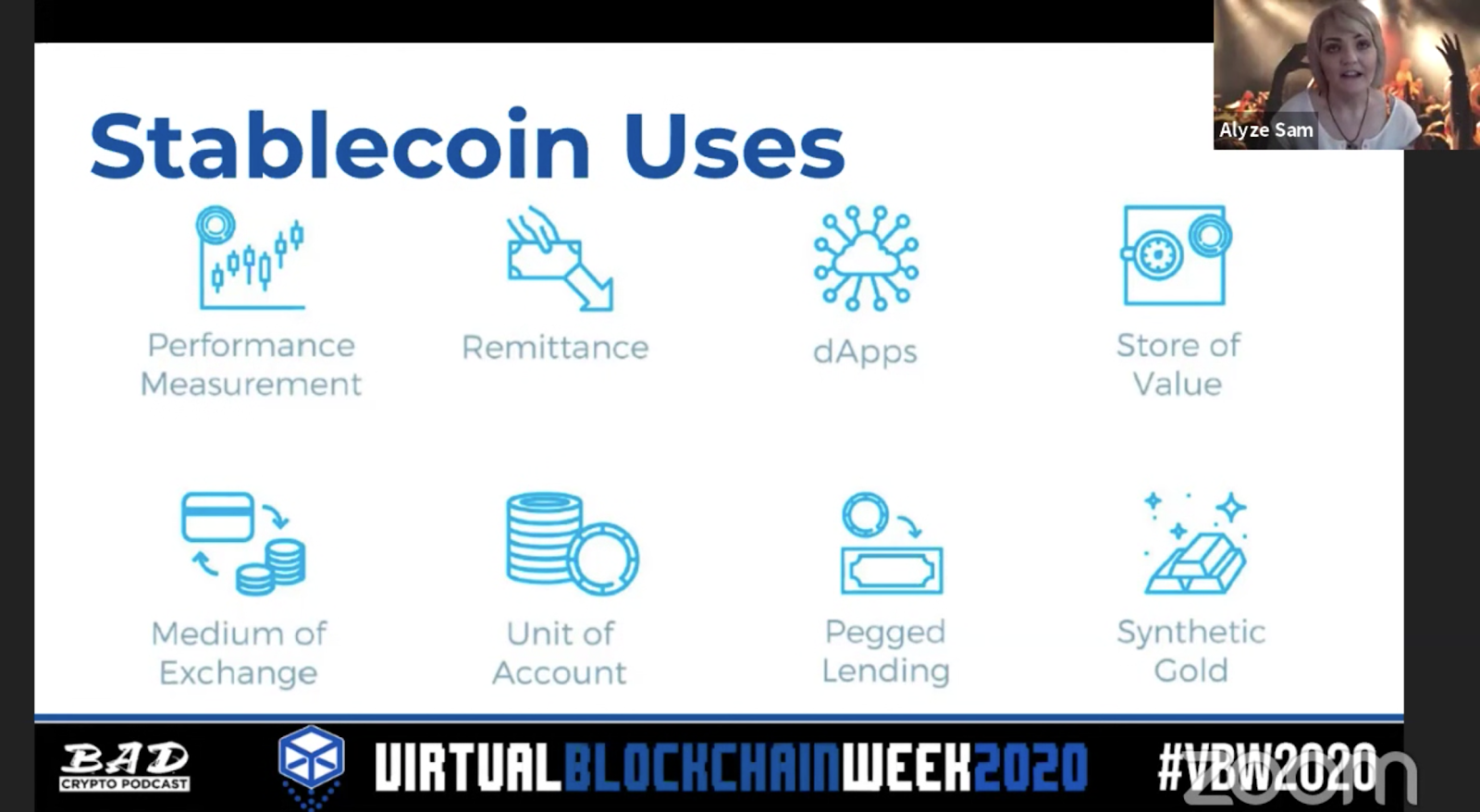 Though some stablecoins like Tether are mired in controversy (Tether was at one point backed only 74% by fiat currency), Sam says that as larger companies adopt stablecoins, acceptance will eventually proliferate. She said it would be a means to “teach them what exists within a decentralized economy.”

Banking institutions like JPMorgan Chase, the largest in the U.S., are issuing their own stablecoin, JPM Coin. The Libra Project, being released by Facebook, is also considering backing their token with a basket of stablecoins.