Another Billionaire Reveals Bitcoin Investment, Compares it to Horse Racing

What fraction of wealthy people could have some Bitcoins? 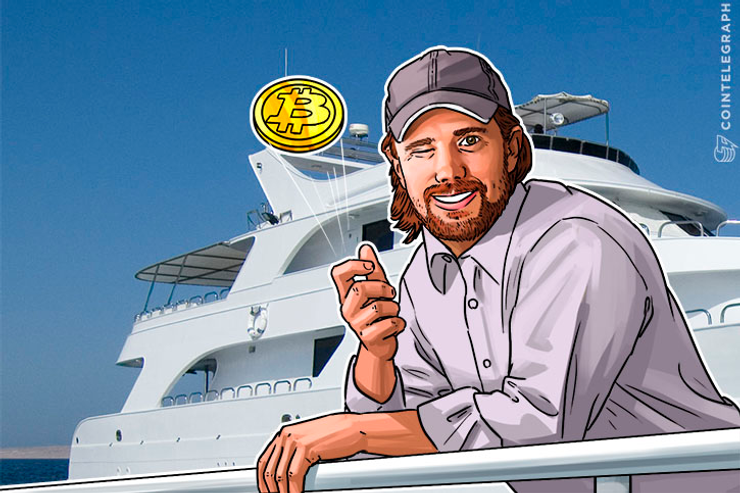 Another billionaire has come out after Mike Novogratz to indicate he’s put some money into digital currencies, particularly in Bitcoin. His name is Mike Cannon-Brookes and he is co-founder of the collaboration software firm Atlassian based in Sydney, Australia.

According to Forbes, his real time net worth as at May 1 stands at $2.4 bln. Cannon-Brookes’ business partner is billionaire co-founder, Scott Farquhar, who recently bought Australia's most expensive house - the $70 mln Point Piper estate Elaine. They are the only individuals under the age of 40 on Forbes list of Australia’s richest people.

Cannon-Brookes made a tweet last week to confirm his bet on Bitcoin and how it has turned out well. Unlike Novogratz, who disclosed that he has 10 percent of his net worth in the cryptocurrency space and described it as the "best investment of my life", Cannon-Brookes doesn’t seem to consider his as an investment.

Yup, my BTC bet is paying out well. Theory? “It will be worth a lot, or zero”. Much like a horse racing. Not like investing. https://t.co/VrGz6JzWoQ

He did not say in any of his tweets about the digital currency how much he put into Bitcoin or whether he is holding other cryptocurrencies as well.

According to the Sunday Morning Herald, Cannon-Brookes, whose firm has no sales team but boasts NASA, Tesla and SpaceX as customers, is understood to have a number of public bets in the cryptocurrency space via tech investor Blackbird Ventures and bank disrupter Tyro. He is currently working with Elon Musk to bring Musk's battery technology to Southern Australia.

What fraction of wealthy people could have Bitcoins?

Though it is unclear what the fraction of wealthy people who are presently owning some Bitcoins could be, disclosures of this nature show that the belief that those who own the digital currency are mostly minions is not completely true.

It also, in a way, confirms the view that main investors have started getting involved in Bitcoin by investing a part of their money.

This could be in line with the advice of billionaire bond manager Bill Gross who in his investment outlook letter last year picked Bitcoin as an attractive storage of wealth for investors.

While individual owners may not be identified, some of the wallets could be for cryptocurrency exchanges or other businesses.

Related News
Tokenizing Sports — How the Industry Is Incorporating Crypto
Startup Brings Crypto Payment Option to Over 730 Locations Worldwide
Bitcoin Risk-Return a ‘Different Beast’ Compared to Amazon: Analyst
Bitcoin ‘Needs More’ PR from People Like Peter Schiff: Binance CEO
Blockchain and 5G: Greatest Promise Is to Transform the Developing World
A Stronger Foundation for Bitcoin ETF Applications
<div is="sidebar" :sidebar-data="{"promoButtonsI18n":{"crypto-button":{"url":"crypto.btn.sidebar.url","label":"Get Crypto At True Cost\n","text":"Cryptoassets are complex instruments and investments carry a high risk of losing value. You should educate yourself in how crypto-markets work before making any investments. Always invest responsibly and be prepared for the risks associated with investing in or using cryptoassets. This promotion cannot be considered investment advice."},"etoro-button":{"url":"https:\/\/ad.doubleclick.net\/ddm\/clk\/437480595;240556498;x","label":"Try Etoro","text":"Trade on the world’s leading social trading platform (Highly volatile investment product. Your capital is at risk)"},"hitbtc-button":{"url":"https:\/\/hitbtc.com\/?ref_id=5cba0be404aa3","label":"BEST LIQUIDITY ON HITBTC","text":"Note that all trading strategies are to be used at your own risk. Before trading, we recommend to make sure that you have a clear understanding of cryptocurrencies and how they are traded."},"changelly-button":{"url":"https:\/\/changelly.com