The Most Anticipated Bitcoin Projects in 2016

Cointelegraph approached knowledgeable industry people with the question "what bitcoin projects are you looking forward to in the coming months?" 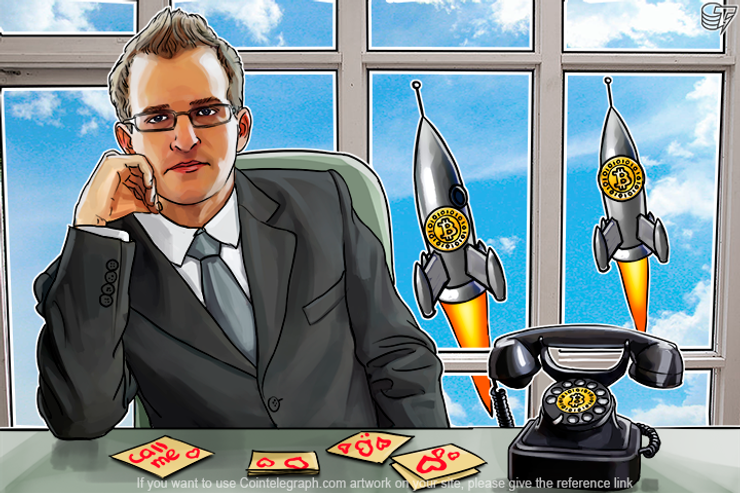 New cryptocurrency products, services, applications, and tools have been blooming year after year since Bitcoin was born. Exactly just what you would expect out of a free market. Developers come up with a great deal of fresh things practically every day and one can get lost in the maze of projects very easily.

Cointelegraph tried to make it a bit easier for readers to source through the supply and approached knowledgeable industry people with the question "what bitcoin projects, except your own, are you looking forward to or are you excited about most in the coming months?" Please, bear in mind the following responses do not come out of a representative poll sample.

"I tried to choose projects which could have a positive impact on bitcoin adoption:

Plutus.it - mobile application enabling bitcoin payments via NFC on every POS terminal with integrated NFC technology. The application's biggest benefit for merchants is they don't have to obtain a special POS device for bitcoin acceptance and can use the existing infrastructure while not caring about bitcoin exchanging for fiat when they do not want to hold bitcoin.

Smartcontract.com - smart contracts are going to play a large role in the near future as they allow to make a contract without a third party - a bank, lawyer, payment gateway, etc... It's simply just about a rule definition under which a payment should be released. For example you can hire someone looking after SEO. You'll make an agreement he will get your webpage to a certain position in web-browsers. The payment is automatically released only if the agreed position would be reached.

Coinprism.com - so called colored coins platform. Colored coins can serve as a medium for company shares. Thanks to coloured coins it's possible to make an IPO on blockchain at the fraction of price of a standard IPO. You can also record the ownership of your physical property on blockchain, etc...

OpenBazaar - decentralized marketplace in the Ebay style, which will enable direct trading between two parties while using escrow service protecting sellers and buyers. Multisig feature enables that transactions and payments can not be misused or manipulated in any way".

"I am excited about bitcoin, and its applications via the developing networks to make payments possible. This includes credit cards that hold bitcoin, Lightning network, sidechains, and more. Payment systems that have bitcoin as a settlement layer will make significant moves in 2016.

I am also very excited about Ethereum and the prospect of deploying real world smart contract solutions. Ethereum promises to increase the speed and effectiveness while lowering costs of managing business relationships."

"Essentially I am excited about everything that is and will pop up in the cryptocurrency realm in the upcoming months. I am quite excited about the fact that the MLM industry has gotten the grasp of cryptocurrencies. I am not saying I endorse MLM, ponzi, pyramid, binary businesses overall but the serious/